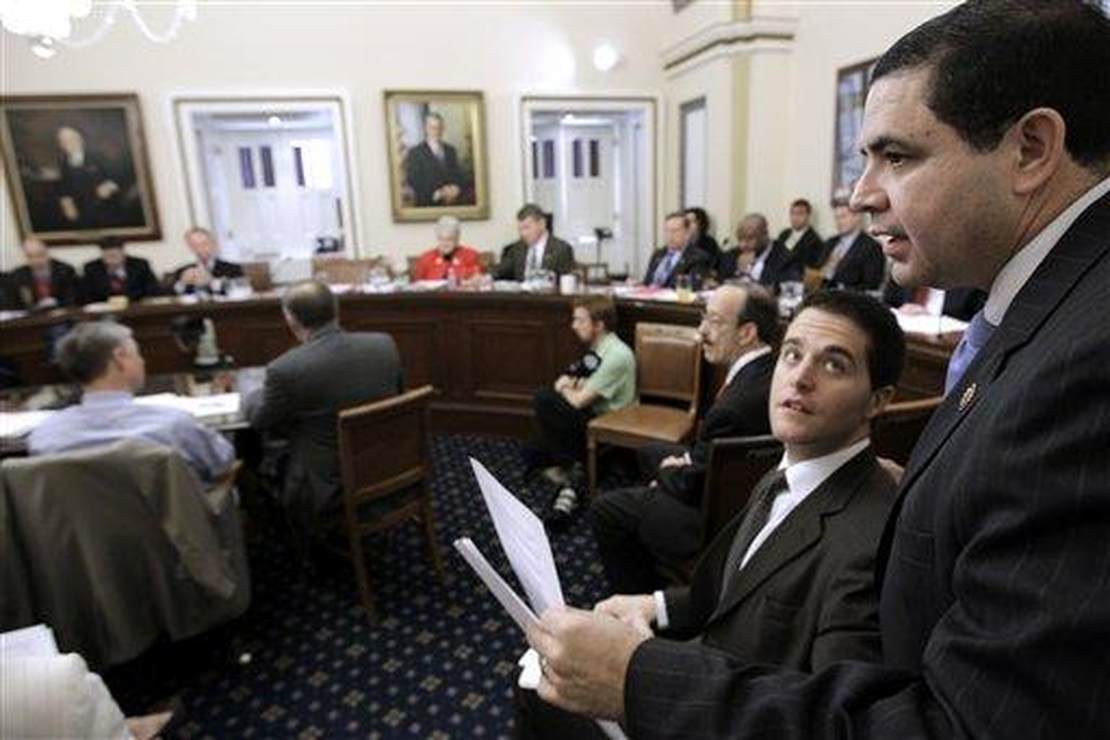 Democratic Rep. Henry Cuellar rarely agrees on anything with GOP Senator Lindsey Graham. But Cuellar, whose Texas district is being swamped with illegal alien crossings, is joining with Graham to push Joe Biden to name former Homeland Security Secretary Jeh Johnson to ramrod the administration’s efforts to control the influx of illegals at the southern border.

The two lawmakers sent a letter to the White House on Friday asking for the Johnson appointment. Both Graham and Cuellar say they are not criticizing Biden’s personnel choices — including Vice President Kamala Harris who has been virtually invisible in doing anything about the border despite being designated as the administration’s point person on the issue. But Cuellar wrote a devastating critique of Biden’s efforts at border security.

Cuellar basically called Biden a liar when, according to the Washington Post, he wrote “We know this current influx is neither seasonal nor temporary” — a reference to Biden’s dismissal of the record number of border crossings since the beginning of the year.

Asserting that Homeland Security facilities and staffers “are overwhelmed,” and raising concerns about the spread of the coronavirus in areas near the border, Cuellar and Graham add that “the situation on the border will worsen unless we enact policies that will end the surge and fix our broken immigration system.”

The request that Biden name a border czar — which the lawmakers say should be done by creating a “special executive appointment” — is somewhat unusual, since members of Congress often complain when presidents choose such figures, who are not subject to Senate confirmation. The letter argues that Johnson “carries an exceptional bipartisan reputation for pragmatic approaches,” and urges the president to appoint “someone with the unique credentials of former Secretary Johnson to this position.”

It really is a historical moment when two partisans from opposite ends of the political spectrum unite in their condemnation of Joe Biden’s border policies.

Related: Biden’s COVID and Border Policies Collide With a Discovery at a Texas Whataburger

“Something has to change because the border communities are having a very difficult time right now,” Cuellar said in a press briefing Thursday. He added: “There is this feeling of a green light at the border.”

While Johnson is getting fresh bipartisan praise, he and Obama faced criticism during their tenure from Democratic activists who said they were too harsh on undocumented migrants, prompting many to derisively label Obama the “deporter in chief.” Anger over his immigration strategy has lingered, prompting Biden to make a rare break from Obama’s policies as he campaigned last year.

The administration has toughened its rhetoric on immigration, telling Latin Americans that the border is not open and they should stay home. At the same time, immigration activists inside and outside the administration continue to push for policies they say are humane and necessary after the harsh approach of the Trump years, presenting Biden with a tough balancing act.

Meanwhile, the radicals screamed at the vice president following her recent visit to Latin America for talking tough about the border, especially the mess the administration made of taking in and caring for unaccompanied minors. And the White House is saying that the problem is getting better. In truth, the White House chose to hide the problem by contracting out the care of the children to private religious groups who move the kids out of government control and stick them in huge tents. The administration isn’t dealing with the problem and they certainly aren’t solving it.

Graham and Cuellar know that the situation at the border — already critical — is going to get worse. Eventually, Biden will repeal the public health order that keeps most illegals out of the country. When that happens, unless the administration changes policies and adopts some of Trump’s discarded policies, the humanitarian crisis will doom Biden to a one-term presidency.