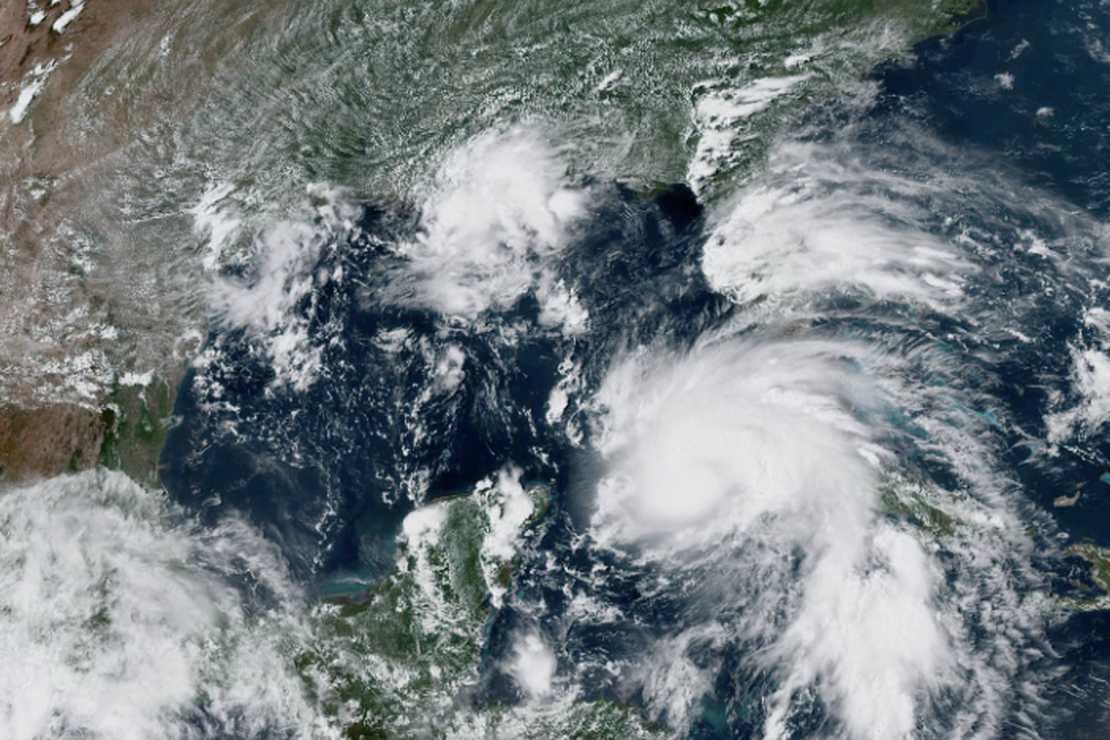 Biden’s disastrous withdrawal from Afghanistan, which has now left 13 U.S. servicemembers and many more Afghans dead, seems to devolve on a daily basis, chipping away at his presidential approval and public confidence, and destroying Democrats’ chances of avoiding a political bloodbath in the 2022 midterms.

In many ways, Scarborough had a point. All Biden needed to do was push his questionable numbers and hope that over time the narrative would stick. New stories would push Afghanistan to the background. If something big happens to distract the public from the Afghanistan disaster, all the better.

This week, Biden found a story that could serve as the ideal distraction: Hurricane Ida.

Biden has certainly done the bare minimum of what he needs to do in such a situation—such as declaring emergencies in Mississippi and Louisiana and approving federal assistance for areas affected by the hurricane, which has been downgraded to a tropical storm. But such actions are hardly ones for Biden to boast about. Disaster declarations by a U.S. president require a request from the governor of the affected state, and approval comes with virtually no political risk or calculation. Heck, the official approvals are likely signed by autopen, not personally by the president. Further, such disasters are not managed by the government.

That’s not to say that presidents are immune to political risk related to how they’re managed. President George W. Bush was panned for the federal response to Hurricane Katrina, which, like similar disasters before it and since, were actually managed locally. New Orleans Mayor Ray Nagin and Louisiana Governor Kathleen Blanco were actually responsible for the state and local efforts in managing the natural disaster. Both failed to properly plan for the incoming hurricane, failed to evacuate citizens, and failed to request federal assistance until much later than they should have. Nevertheless, George W. Bush accepted responsibility for Katrina in a way that Biden did not for Afghanistan.

Still, for Biden, considering the huge toll Afghanistan has taken on his approval, there’s nothing to lose by trying to change the subject to Hurricane Ida. Contrary to Biden’s long periods of silence and refusal to answer questions about Afghanistan, Biden is trying to put himself front and center with disaster management that he has very little control of—unlike in Afghanistan, where, as commander-in-chief, his decisions directly affect the situation there. Predictably, on Saturday, Joe Biden refused to answer a question about Afghanistan during his visit to FEMA headquarters.

For what it’s worth, Biden’s efforts to make himself the face of Hurrican Ida disaster management are arguably not going incredibly well:

Biden appears lost as he stumbles over words and frantically flips through pages in his binder during a Hurricane Ida briefing with Governors, then turns to his advisor and asks: “Who are we going to next?” pic.twitter.com/wEJru2112x

In the coming days, it will be interesting to see how the White House tries to shift focus away from Afghanistan in favor of Hurrican Ida disaster relief and management—of which Biden isn’t even in charge. When that’s over, it seems inevitable they will continue the distraction by blaming climate change for extreme weather, and push for more Green New Deal insanity.

The question is, will they succeed in distracting the public?

Nobel Peace Prize Winner Pushes Amped Up Censorship on CBS Mornings
Bougie clothing store in left-wing Portland shuts down following 15 break-ins
Canada Looks to Expand Assisted Suicide Law to Allow the Most Vulnerable to Choose Death
Manufacturing consent: How engineered famine will have the masses BEGGING for FEMA camps
Young Americans are asked basic questions, and their answers will leave you stunned: Video