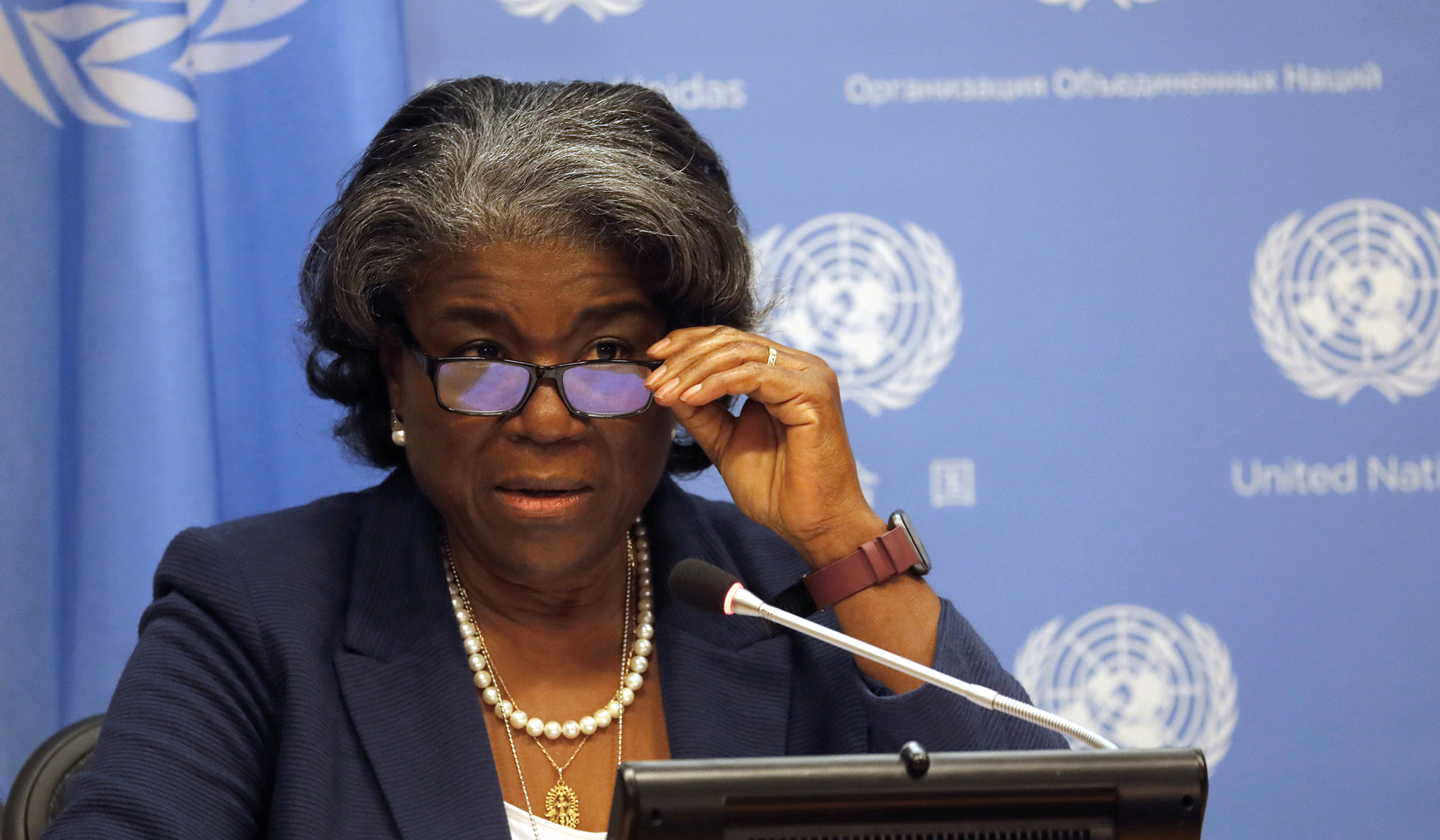 When the U.N. Security Council passed a resolution pressing the Taliban to keep its commitments to allow Afghans and foreign nationalists to leave Afghanistan, it omitted a proposal to make part of Kabul into a “safe zone” that likely would’ve been secured by peacekeepers or troops from member states.

According to France 24, the version of the resolution that ultimately won a vote had been watered down after objections to criticism of the Taliban from Russia and China — which both voted to abstain on the measure. Although the two countries didn’t vote for the resolution, they could have voted to veto the proposal.

“We took into account some of the concerns that both the Chinese and the Russians raised in the draft resolution that was eventually approved,” said Linda Thomas-Greenfield, the U.S. ambassador to the U.N., following the vote. She also praised the Security Council’s “decisive action” to hold the Taliban accountable to its pledges on the evacuation, humanitarian access, human rights, and counterterrorism.

But the adopted resolution falls fall short of what some countries had wanted in a tougher version. French president Emmanuel Macron initially floated the idea of a safe zone in an interview with Le Journal du Dimanche, saying that the U.K. and Germany would also support the proposal.

“What we have proposed, and what we plan to bring to the U.N. Security Council along with Britain and Germany is a solution that we have used before in other operations, which would involve creating a zone allowing people to arrive at that airport,” Macron told TF1, a French TV network, according to Reuters.

But the measure adopted yesterday only said it expects the Taliban to ensure “the safe, secure, and orderly departure from Afghanistan of Afghans and all foreign nationals,” per its public commitments. Although Taliban spokesmen have claimed that the Islamist group’s forces would allow Afghans and foreign nationals to leave the country, reports from the past month indicate that they’ve blocked many from accessing Hamid Karzai International Airport.

The completion of the U.S. withdrawal from Afghanistan yesterday means that no U.S. or allied service members remain in Afghanistan — but American citizens and permanent residents, in addition to Afghans at risk, are stranded there.

Secretary of State Antony Blinken said yesterday that “under 200 and likely closer to 100” American citizens remain in the country. The number of U.S. legal permanent residents remaining is unclear.

Meanwhile, Thomas-Greenfield celebrated the passage of the toothless resolution on the Taliban.

“Today, the Security Council spoke clearly on the situation in Afghanistan,” she said at yesterday’s press conference.

“The Security Council expects the Taliban to live up to its commitment to facilitate safe passage for Afghans and foreign nationals who want to leave Afghanistan today, as well as going forward,” she added.

The administration says the resolution is part of its longer game here. During his speech yesterday, Blinken said the resolution “[laid] the groundwork to hold the Taliban accountable if they renege.” But with over 100 U.S. citizens and an untold number of green-card holders and Afghans at risk of Taliban reprisals trapped, it’s unclear what the Biden administration is waiting for.

The truth is that enacting Macron’s safe-zone proposal would have been a reassuring step, and it might well have allowed the evacuation to continue following the end of the U.S. presence in Kabul. But Biden could have coordinated such an effort with America’s allies. He chose not to.

NewsBusters Podcast: The US Hostage In Iran Rooted for Iran to Beat US?
​Dwayne ‘the Rock’ Johnson admits he stole Snickers from 7-Eleven daily at age 14, says he went and bought all the Snickers ‘to right this wrong’
Nets Hype ‘Historic’ Hakeem Jeffries Elected House Democrat Leader
Elizabeth Warren tries to bash Elon Musk, but accidentally nails the problem with Twitter before he bought it
‘I NEVER thought I’d talk about this’: Was Glenn Beck’s CHILLING dream actually a WARNING?