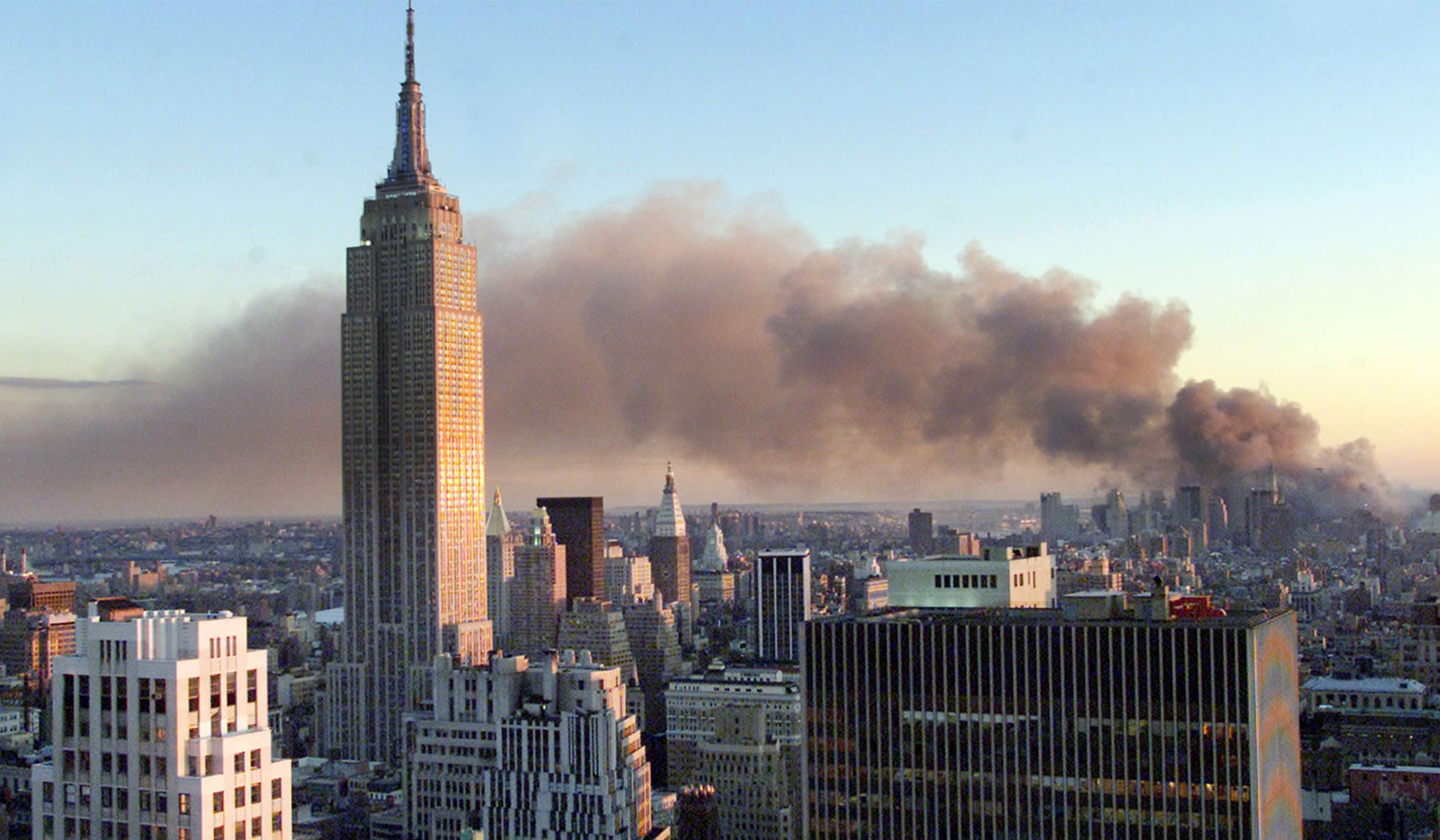 Recently, while sorting through the accumulated detritus of my life, I discovered a notebook I had used as a third-grader, in the fall of 2001. It included an assignment that took the form of a weekend journal. “On Saturday, I had my first soccer game. We lost, 1-0,” eight-year-old me wrote. “On Sunday, we went on the bike trail.” There is nothing remarkable about it at all, really; just a random glimpse into the idyllic life of a suburban Cincinnati grade-schooler. With one exception: The entry is dated 9/10/01.

Twenty years later, this random notebook serves as proof that I had a life, and memories, before September 11, 2001. Which makes me just old enough to have some before the day itself, which I remember about as well as an eight-year-old could. During morning prayers at my Catholic grade school, my teacher simply told us to “pray for everybody in New York.” My classmates and I didn’t know what she was referring to. Unlike older students (including some of my siblings), who immediately learned the brutal reality of what was currently unfolding in New York, D.C., and Shanksville, Pa., I didn’t learn it until I got home. I remember weird things about that day. The math problem I worked on after school with a friend (soccer practice was canceled). Who the friend was. What the weather was like. Little things. My cousins up in Dayton had a more visceral memory: sonic booms overhead, from fighter jets scrambled out of Wright-Patterson Air Force Base, in whose shadow they had grown up.

There are also contemporaneous memories for me of the aftermath, which I did not fully understand but recognized as a great sadness and loss. And fear: While playing outside the next day, I remember seeing a plane far above my house and running inside. Rumors flew about imminent attacks; locally, the General Electric Aviation plant in Cincinnati was reportedly a feared target. I recall tuning in to the news every day for weeks afterward to see live reports from sites of wreckage. Even in the early days of the mass Internet, I remember encountering some of the stranger rumors: Q33NY, Satan’s face in the flames from the Towers, Nostradamus’s fake quatrains.

But I can also remember the notes of grace throughout. The firefighters, police officers, and the heroes of the hour saving as many as possible, and then returning to save more. The cross-shaped beams improbably left standing, and the nearby church miraculously unscathed. President George W. Bush rising to the occasion by telling the world that we can hear you, and throwing that first pitch, both of which I found stirring then and still give me chills rewatching to this day. And the brief resurgence of an unabashed, unironic (and never to be repeated?) patriotism, as manifested in my home by repeatedly listening to “God Bless the U.S.A.” by Lee Greenwood, the highlight on a CD of patriotic songs my family acquired. Events of the next few years — anthrax mailings, the D.C. sniper, “we got him,” Bush wins in ’04, Iraq in chaos again, Saddam executed — unfold in my recollection as a bit of a blur coming into ever greater focus toward the present. But the memories are there.

Almost exactly 20 years later, people my age were treated to the strange spectacle of many of the names and places we first became acquainted with in the hazy understanding of childhood being forced on us once again, in a manner even more direct than the yearly anniversaries we have rightly marked. And so I was reminded that my own remembrance of 9/11 seems weirdly solipsistic and selfish, given that the day didn’t really affect me in any concrete way, unlike it did for the nearly 3,000 killed and the hundreds of others injured, all their families and friends, and the communities they inhabited. But in this, my experience is not exactly uncommon, particularly for people around my age. We were old enough to have contemporaneous memories of the experience, but only learned as we grew up what the true significance of it was. Many of us, like me, were even kept, at first, from learning what had happened. Perhaps this was a sensible step, to ensure that our parents were the ones to break the news to us. But I sometimes wonder if it reflected the same therapeutic, coddling instincts that have grown so prevalent in society.

The memories do remain ours, at any rate; our experiences were not so thoroughly insulated as to rob us of a recollection of the most significant singular event to occur in our lifetimes. That is not true for those younger than us by just a few years. A 2017 visit to the 9/11 Museum, and, before that, running by a group of youngsters being led past the Pentagon by a tour guide whom I overheard explaining 9/11 to the group, put this in stark relief for me. People I interact with as friends and peers now have no memory of 9/11. Some of them weren’t even alive for it. Does the day loom as large in their lives as it does in those of us who, though young, still recall the day? Is requiring its significance to be explained to you as a historical event as powerful as even a child’s filtered recollection of what happened? Without meaning any slight against those younger than I, who after all have no control over when they are born, I would venture it is not. In fact, I tend to agree with those demographers who, in trying to nail down a definitive division between the amorphous generational categories Millennials and Gen Z, choose as their primary criterion not age but whether respondents actually recall September 11.

Whatever the meagerness of my experience and memories, I will always be among the number of remembrance, albeit caught between the adults who recall the day and its aftermath fully and the youth who don’t remember them at all. I was too young, at the time, for 9/11 to bisect my childhood, to have a vivid, complete recollection of life before then. I impose the divergence with the bias of hindsight, one that has come with the unfolding of awareness in the years since. I didn’t realize immediately that the world would never be the same; my world didn’t actually change that much. But whether we recall the day or not, all of us still live, in one way or another, in the world it made. The best we can do is never to forget the lives lost, and to pray that some future eight-year-old doesn’t have to experience something like it ever again.