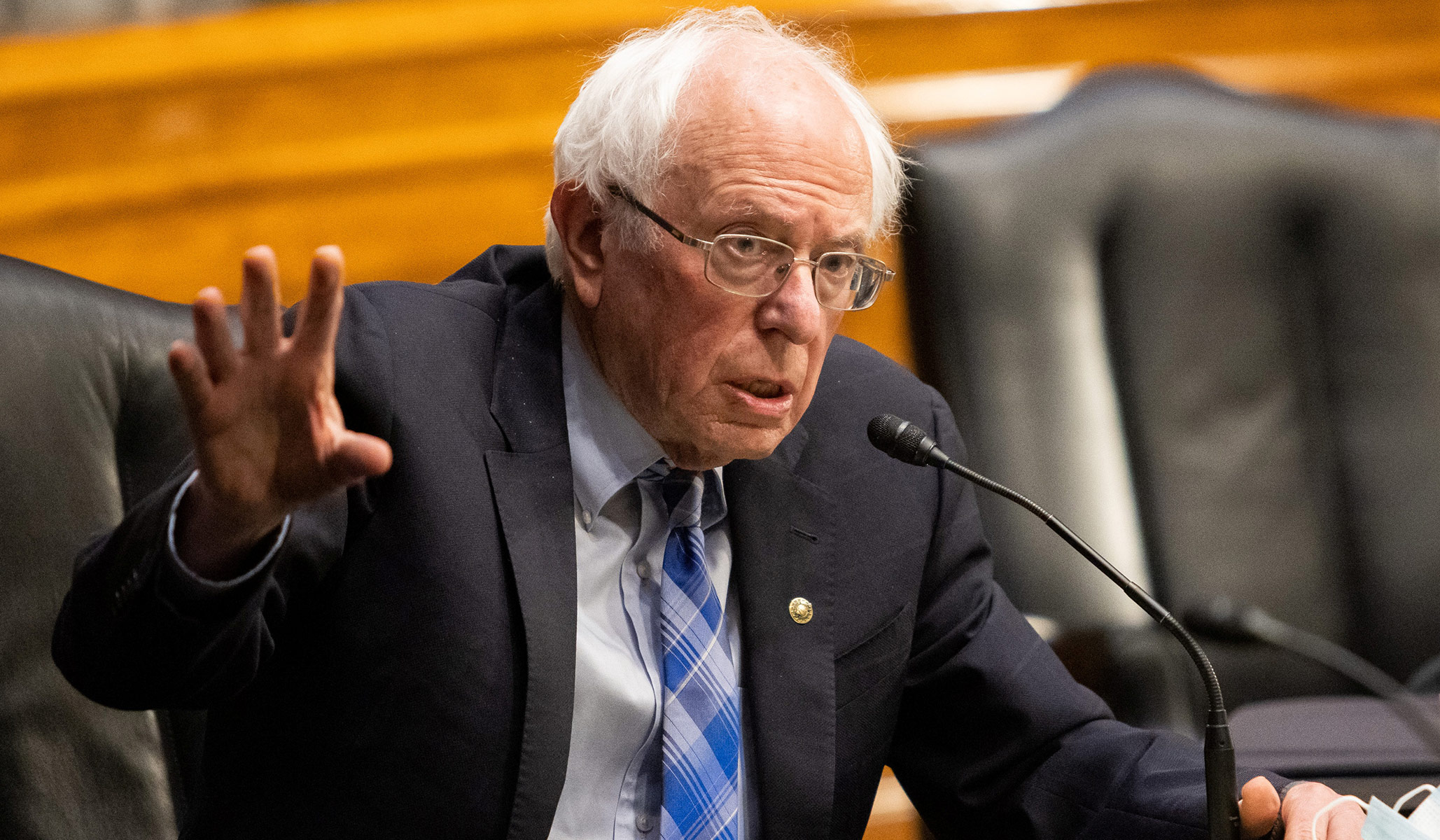 After passing with bipartisan support in the Senate, the Biden-backed $1 trillion infrastructure package is in limbo, as Democrats in the House of Representatives have vowed not to advance it unless the Senate passes an accompanying $3.5 trillion social program through reconciliation.

The ultra progressive members of Congress, namely the “squad,” which includes Representative Alexandria Ocasio-Cortez (D., N.Y.), as well as Senator Bernie Sanders (I., VT), have refused to budge on the two bills being a package deal. They say moderate Democrats, such as Senators Joe Manchin (D., W. Va.) and Kristen Sinema (D., Ariz), are standing in their way by opposing the gargantuan price tag of the social safety net expansion, which includes funding for healthcare, climate change, childcare, and education.

During an appearance on CNN Sunday, Sanders rebuked Manchin, who announced earlier in the day that he would be amenable to a reconciliation budget with a lower ceiling within the range of $1 trillion to $1.5 trillion, rather than $3.5 trillion as the Democrats desire. Manchin recently rejected the $3.5 trillion plan, citing concerns that such a massive injection of government spending could fuel persistent inflation, which has been increasing with each consecutive month.

Referencing Manchin’s downsized proposal, Sanders said, “It is absolutely not acceptable to me. I don’t think it’s acceptable to the president, for the American people, or the overwhelming majority of the people in the Democratic caucus.”

Citing Manchin’s cooperation to help enact the $1.9 trillion American Rescue Plan, the Vermont senator said he is confident that the other Democrats will convince Manchin to endorse nothing less than the full $3.5 trillion bill.

“Mr. Manchin, I know, worked very hard on the bipartisan bill. It would be a terrible thing for the American people if both of those bills fail,” Sanders warned.

Despite the unprecedented, radical size of the $3.5 trillion reconciliation plan, Sanders stated that its new cost is actually moderate in comparison to what the Democrats first spearheaded.

“Many of us made a major compromise in going from the $6 trillion bill that we wanted” down to $3.5 trillion,” he asserted.

The Fringe with Megan Fox, Episode 70: Retaliation Against Parents Who Speak Out Against School Board Policies Explodes
Americans Believe Country Less United Under Biden
Manchin and Sinema Aren’t the Only Democrats Concerned With the Direction of the Party
Prevent the Next Pandemic Part 1: Leaked Docs Show EcoHealth’s Dangerous Roadmap for SARSr-CoV Research in Chinese Labs
SpaceX’s First All-Citizen Space Crew Returns to Earth in First Atlantic Splashdown in 50 Years