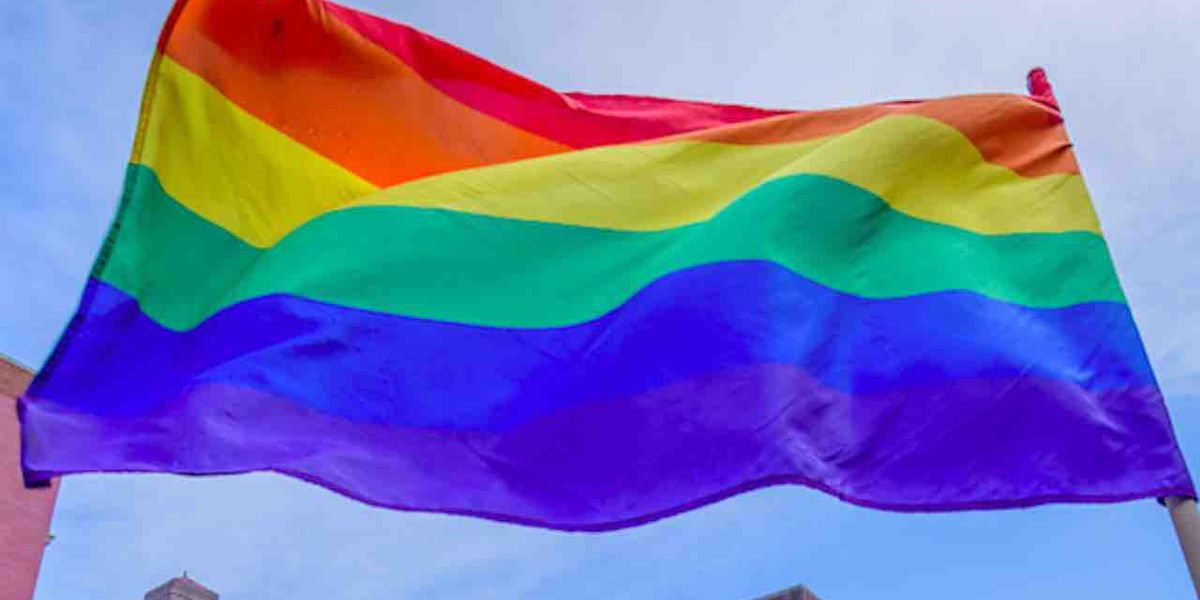 Wallis, 22, told the network his administrators “advised against it but didn’t instruct me not to.”

So Wallis — a speech, theater, and world mythology teacher — displayed the flag and two signs above his whiteboards that both read “In this classroom everyone is welcome,” NBC News reported.

Wallis told the network that his students noticed: “I had, on the first day, about five students that came up to me and thanked me. They said: ‘Thank you for having the flag up. I wouldn’t know where else to go.'”

But two days later — Aug. 26 — Wallis told NBC News that administrators called him to a meeting and said a parent called with a concern that he “would potentially teach their child to be gay.”

Wallis said students on Aug. 30 came in “every hour” asking where the flag and the signs were, after which Wallis replied he was told to take them down, the network said.

“And then I went a step further and said, ‘If you have a problem with that flag representing me or my students, there are other classes that you can find,'” he told NBC News he told students.

More from the network:

The following day, he said, he was called into a meeting with Jim Cummins, the Neosho School District superintendent, who said multiple parents had called and said Wallis was “pushing an agenda in the classroom.”

Cummins asked Wallis to sign a letter that prohibited him from discussing topics related to LGBTQ people in the classroom.

The letter, shared with NBC News, said that if Wallis was “unable to present the curriculum in a manner that keeps your personal agenda on sexuality out of your narrative and the classroom discussions, we will ultimately terminate your employment.”

It added, “To clarify this further, there will be no references to sexuality or gender displayed in your classroom, your instruction and classroom conversations will stay clear of discussions regarding human sexuality and/or sexual preference, and any research or assignments given should not require a topic related to the above.”

How did the teacher respond?

Wallis told NBC News he signed the letter but resigned the next day. And while Wallis had planned to stay until Sept. 30, the network said administrators on Sept. 2 told him they found a replacement and that he had until the end of the day to pack up his classroom.

“As per all personnel matters, there is a limited amount of information that is allowed to be shared by the school district,” Cummins told NBC News in a statement.

More from the network:

Wallis, who said he grew up as a closeted teen in Neosho, said the letter broke his heart, adding that “the term ‘sexual preference’ was used, which showed me that the district and people in the Neosho clearly believe that it’s still a choice to be who I am.”

He has since filed a complaint with the Education Department’s Office of Civil Rights alleging that he faced employment discrimination due to his sexual orientation. Cummins declined comment further about the complaint. […]

Now, Wallis said, he plans to move to St. Louis, where he hopes to be a speech and debate coach, but he doesn’t plan to teach K-12 school anymore.