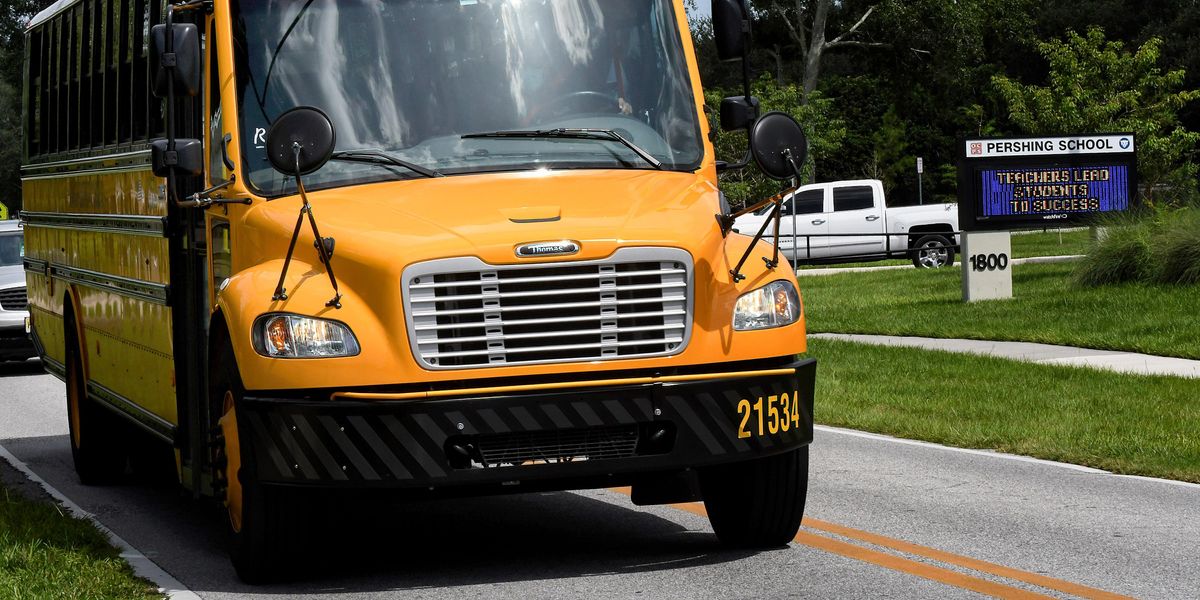 Boston, Massachusetts, high school students reportedly had no choice but to board a chartered party bus — fully equipped with stripper poles and neon lighting — due to the ongoing school bus driver shortage across the country.

He
captioned the photo, “[D]ue to the national school bus driver shortage, my school has hired a party bus with stripper poles to transport us for a field trip. [T]his is not a drill.”

finally home from the best field trip ever. my favorite part:

In a further series of remarks explaining the situation, Mayers reported that the school initially booked a school bus for the field trip, but due to the shortage, the reservation fell through at the last moment.

“When you promise hundreds of kids a fun day with their advisories, you make it happen,” he said according to Newsweek’s reporting, noting that the school ultimately opted to charter a party bus to transport the students to their destination.

He added, “It is a funny story, but there actually is a real bus shortage and it speaks to major flaws in our education system. This in no way is a reflection of anyone involved in planning the trip — we were trying to have a fun day with the kids and that’s exactly what happened.”

Mayers concluded, “Anyways, call your local elected officials and demand astonishingly massive structural investments in our education system, including paying all bus drivers, facilities, and operations staff a competitive salary & comprehensive benefits. Whatever you think is enough, double it.”

What else is there to know?

Last week, Gov. Baker said that as many as 250 Guardsmen would be on hand to “address staffing shortages in certain [school] districts” due to the massive shortage.

The Guard, the governor’s office said, would take over driving duties on some transport vans known as 7D vehicles.

In a statement on the shortage, Baker said, “Once it became pretty clear that there were going to be some communities shorthanded — it wasn’t going to be a vehicle issue, it was going to be people with [commercial driver’s licenses] — we started talking to the Guard.”

President Trump Slams Blowhard Meghan McCain and ‘Slobs and Radical Left Maniacs’ of “The View”
Everything Wrong with American Infrastructure in One Tunnel
War and Unpeace
Babysitter shares marijuana cookie with mother, then stabs her to death, blaming murder on ‘adverse reaction’ to the drug: police
John Eastman vs. the Eastman Memo