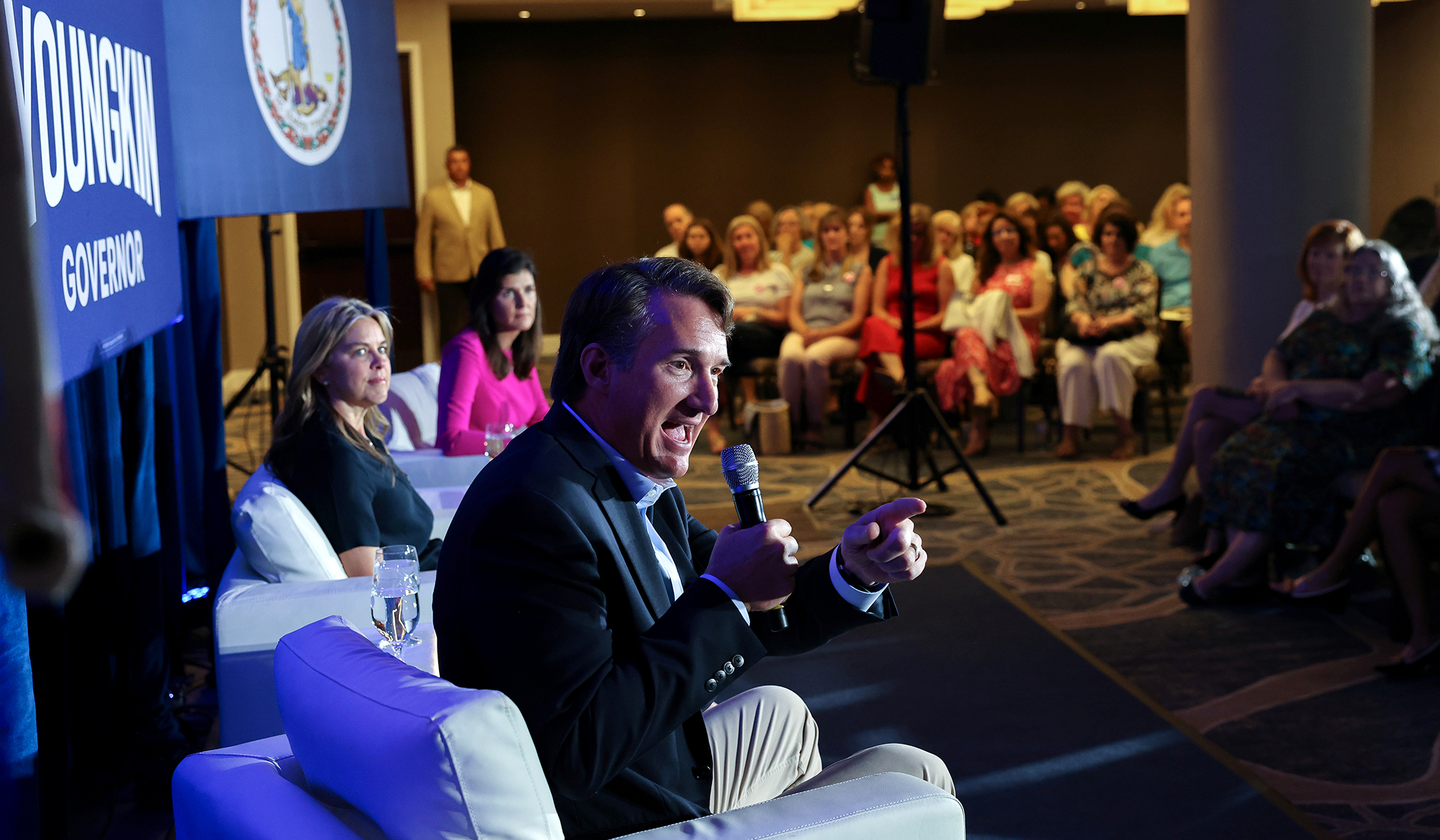 In the tightening race to become Virginia’s next governor, Democrats are resorting to attacking Republican nominee Glenn Youngkin from the right in an effort to depress GOP turnout in rural parts of the state.

From behind the veil of the nondescript “Accountability Virginia PAC,” Democratic operatives are haranguing Youngkin for not having been endorsed by the National Rifle Association in ads popping up on Instagram, Snapchat, and Facebook among other mediums.

The group’s website includes nothing save for an option to donate, but it is hosted by the Democratic fundraising site ActBlue and has been relying upon Democratic consulting firms for legal and operational support, according to Axios.

Accountability Virginia’s ad campaigns have been concentrated in the most rural, Republican-leaning parts of the state, where they may have the effect of dampening enthusiasm for Youngkin, who is already trying to strike a delicate balance between turning out conservatives and supporters of former president Donald Trump with appealing to the state’s suburban moderates.

Youngkin says he’s forged a coalition of “Forever-Trumpers and Never-Trumpers” who are both “excited” about his campaign, and his spokeswoman, Macaulay Porter, issued the following statement to National Review.

Constitutional conservatives and people who care about protecting our Second Amendment rights are voting for Glenn Youngkin today because they know he supports the right to keep and bear arms. Letting a Nancy Pelosi-backed left-wing radical like Terry McAuliffe become governor again would be a serious mistake because he wants to repeal the Second Amendment and confiscate your guns. The McAuliffe-Michael Bloomberg political machine can try to manipulate and deceive voters, but Virginians aren’t falling for McAuliffe’s lies.

The Democratic ads questioning Youngkin’s conservative credentials, come as his rival, former governor Terry McAuliffe, also attacks Youngkin from the left, attempting to tie the Republican to Trump, who did not win the state in his 2016 or 2020 bids for the presidency.

The political pincer movement also comes in the context of polling indicating a Youngkin surge. On August 1, McAuliffe held a nearly seven point lead in the FiveThirtyEight polling average of the race. Now, it’s down to less than three.