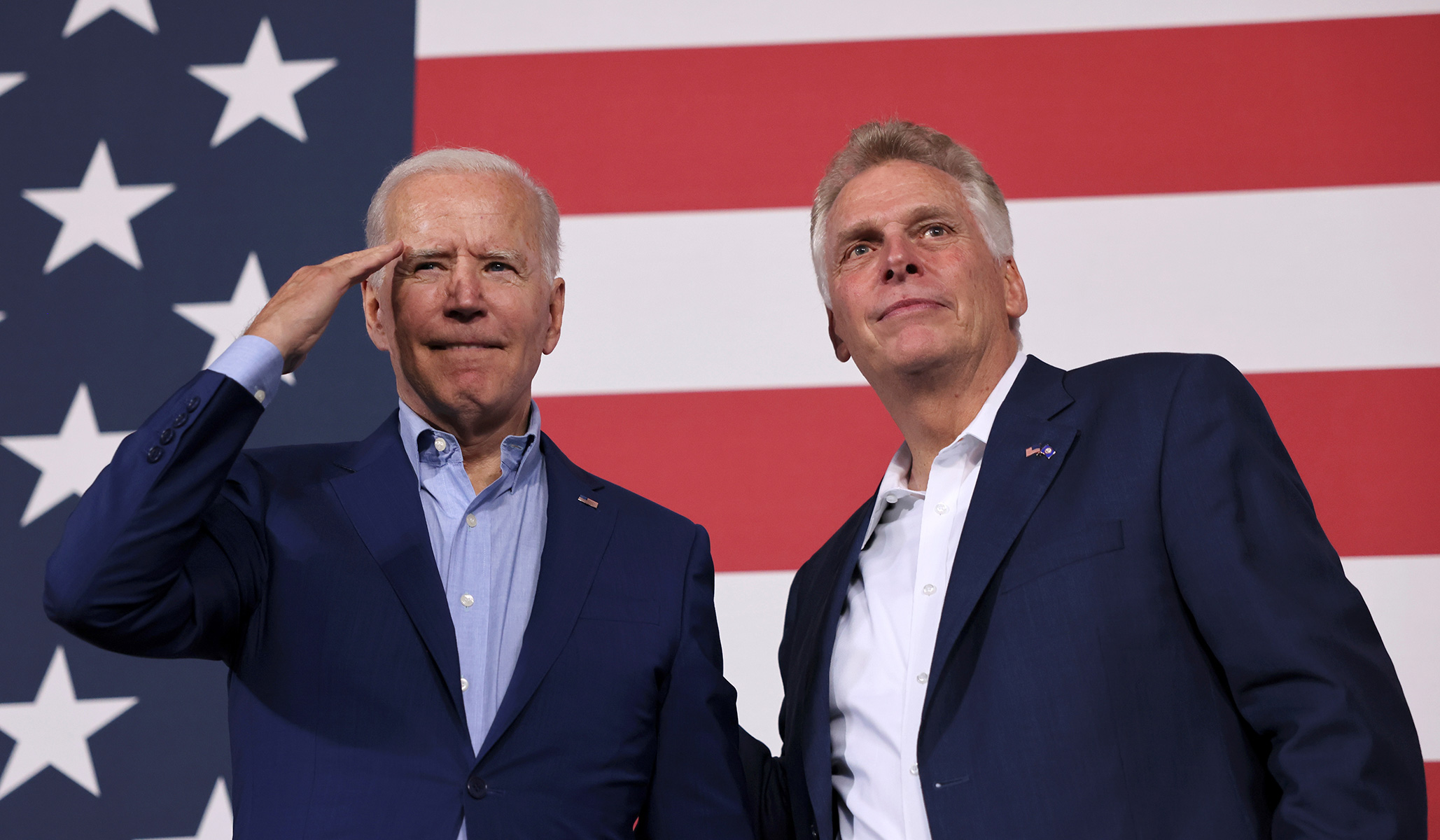 Democrat Terry McAuliffe’s campaign is peddling a lie about his rival’s business record as the race for Virginia’s governor’s mansion enters its final stage.

Before entering politics, Republican Glenn Youngkin worked for the private equity firm the Carlyle Group, where he held the title of chief financial, operating, and executive officer at different points.

McAuliffe has alleged — in last week’s debate between the two as well as in an ad — that “as a Wall Street executive, Glenn Youngkin took over this chain of dental clinics, increasing corporate profits through serious abuse and the performing of unnecessary procedures on children.”

In fact, according to Glenn Kessler at the Washington Post, “on just about every level, this campaign ad is flat-out false.” Youngkin was not a party in the original deal to which McAuliffe refers, and the Carlyle Group’s involvement in it was tangential and limited to that of a financier, not a purchaser. A Senate report cited in the ad makes it clear that it was a Bahraini company called Arcapita, not Carlyle, which acquired the dental company in question.

Still, McAuliffe’s campaign has been unapologetic. In a statement given to the Post, spokesman Renzo Olivari asserted that “They [Carlyle] mistreated children to drive up their profits,” and compared it to Youngkin’s opposition to government-sponsored COVID-19 vaccine mandates. Notably, Youngkin has been an outspoken advocate of the vaccines themselves.

The misleading attacks being levied against Youngkin and his team would seem to parallel those made against Mitt Romney during his 2012 run for the presidency. During that campaign, a SuperPAC supporting then-president Barack Obama blamed Romney and Bain Capital for the cancer death of a woman, even using her widower on screen.