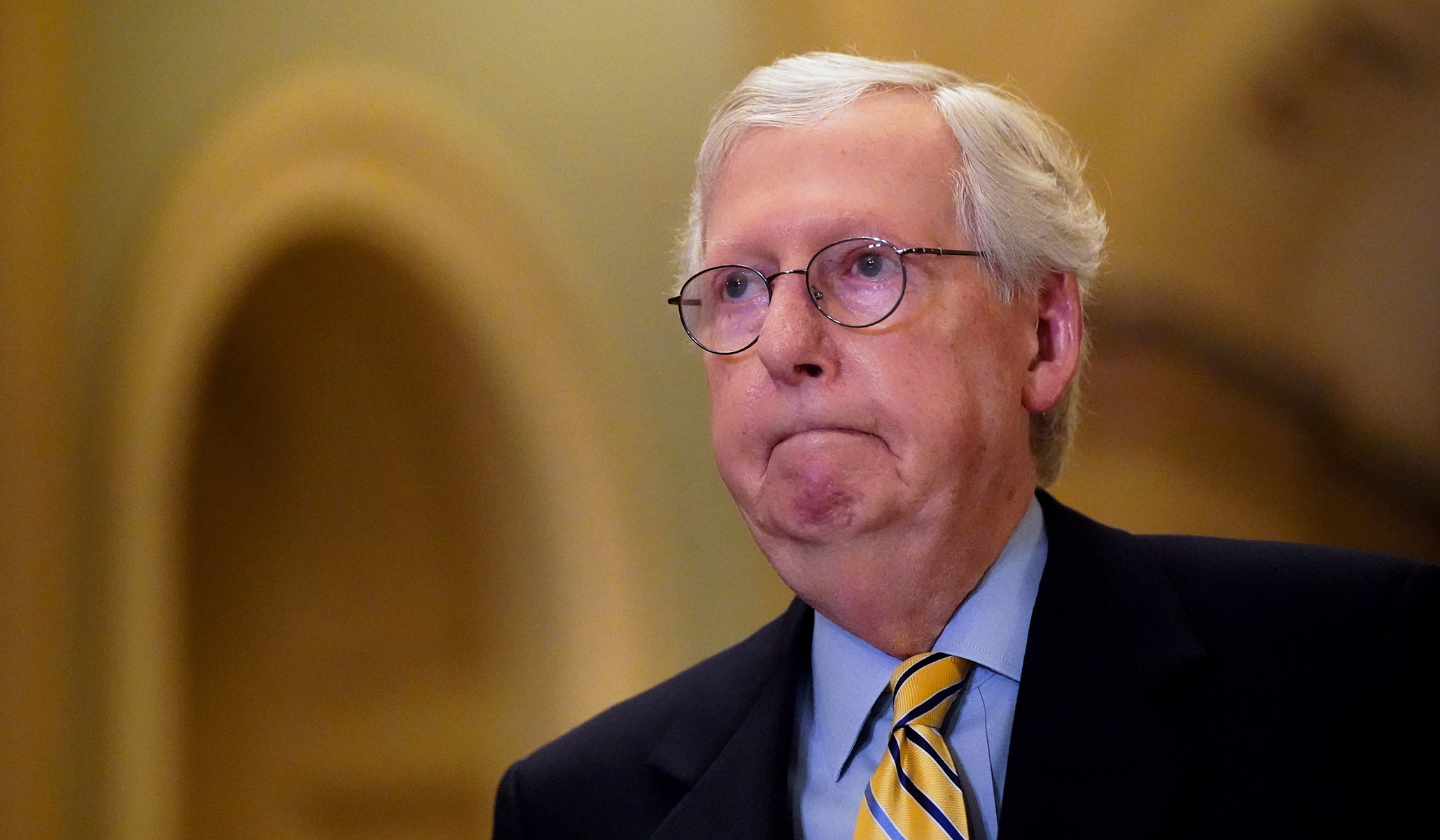 Senate minority leader Mitch McConnell (R., Ky.) sent a letter to President Biden on Friday warning that he would not offer Democrats assistance with raising the debt limit in the future if they fail to do it on their own.

McConnell’s letter came after he and ten other Republican senators voted with Democrats to break a filibuster on the debt-ceiling hike in a 61–38 vote on Thursday evening ahead of the measure’s final passage. Senators approved an extension of the federal debt ceiling through December after McConnell proposed the short-term fix.

“Last night, Republicans filled the leadership vacuum that has troubled the Senate since January,” McConnell said. “I write to inform you that I will not provide such assistance again if your all-Democrat government drifts into another avoidable crisis.”

He adds that Senate Majority Leader Chuck Schumer (D., N.Y.) “had three months’ notice to handle one of his most basic governing duties” and wasted “11 weeks claiming he lacked the time and the leadership skills to manage a straightforward process that would take less than two weeks.”

McConnell’s letter came the day after Schumer railed against Republicans in a speech Thursday night, even after GOP senators had helped Democrats advance the measure to raise the government’s debt ceiling by nearly a half-trillion dollars.

“I thank my Democratic colleagues for showing unity in solving this Republican-manufactured crisis,” Schumer said. “Despite immense opposition from Leader McConnell and members of his conference, our caucus held together, and we have pulled our country back from the cliff’s edge that Republicans tried to push us over.”

In his letter to Biden, McConnell criticized Schumer’s speech, calling it a “rant that was so partisan, angry, and corrosive that even Democratic Senators were visibly embarrassed by him and for him.”

“This childish behavior only further alienated the Republican members who helped facilitate this short-term patch,” the Kentucky Republican added. “It has poisoned the well even further.

“I am writing to make it clear that in light of Senator Schumer’s hysterics and my grave concerns about the ways that another vast, reckless, partisan spending bill would hurt Americans and help China, I will not be a party to any future effort to mitigate the consequences of Democratic mismanagement,” he adds. “Your lieutenants on Capitol Hill now have the time they claimed they lacked to address the debt ceiling through standalone reconciliation, and all the tools to do it. They cannot invent another crisis and ask for my help.”

Previously, McConnell and Republicans had refused to support any increase to the debt ceiling because of their opposition to new spending proposed by Democrats. Congressional Democrats and the Biden administration are attempting to pass a $1 trillion infrastructure bill and potential $3.5 trillion spending package on social programs.

In light of Republicans’ willingness to assist Democrats, Schumer’s speech infuriated GOP lawmakers, including Senate minority whip John Thune, who voted to advance the measure and told Schumer that his speech was “inappropriate and tone-deaf.”

“It was an incredibly partisan speech after we helped him solve the problem,” Thune said, according to CNN’s Manu Raju.

Even Senator Joe Manchin, a moderate Democrat from West Virginia, said he didn’t believe Schumer’s speech “was appropriate at this time.”

Manchin said “we need to de-weaponize” and stop “playing politics.”

“That was not a way to take [frustration] out,” he added.