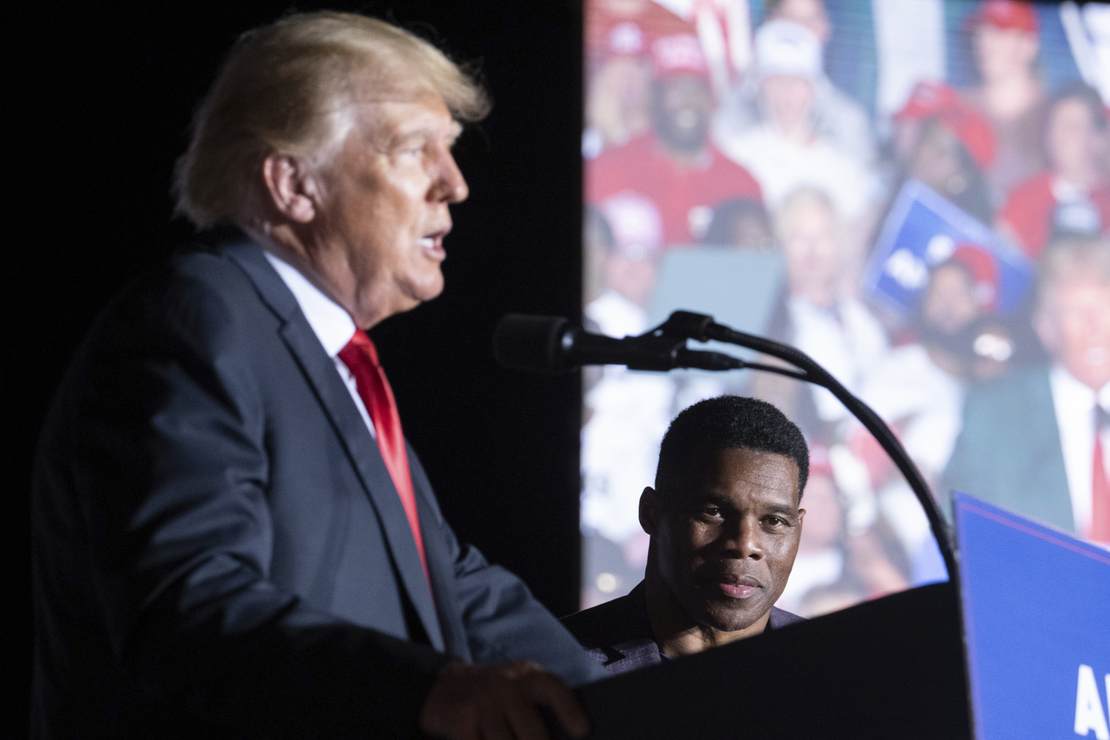 Any lingering doubts about where the GOP is and where it’s going were laid to rest on Saturday night in Iowa, where Donald Trump spoke to thousands of enthusiastic Republicans at the Iowa state fairgrounds.

It wasn’t so much what Trump said that revealed his status as leader of the party. Trump repeated his oft-stated claims that the 2020 presidential election was stolen from him and the crowd predictably responded with chants of “Trump won! Trump won!”

What makes this particular rally so significant is who attended. Every major elected and appointed figure in the party in Iowa showed up, front and center, to offer their support, including the dean of Republicans in the Senate, Charles Grassley.

At other Trump rallies in recent months, elected Republicans have shied away from being seen with the former president. But at least in Iowa, Republicans have decided to embrace Trump, seeing that hitching their wagons to him is the best way to achieve victory in November 2022.

“Sir, think to the future, don’t go back to the past,” Trump said some Republican members of Congress have advised him.

It’s an interesting power dynamic at play between Trump and the establishment. Both sides detest each other but realize neither can win without the other. Trump may eschew the establishment but he needs the party machinery if he decides to run again. As independent as Trump might be or might see himself, he’s a smart enough politician to know who and what he needs to get elected in 2024. And he needs much of what the establishment Republicans can give him.

For the establishment, it’s a tightrope act. They desperately need the approval of the former president’s strongest supporters. Many of them are only nominal Republicans who would turn on them in a second if Trump told them to. So the strategy is to play nice with Trump and say good things about him in order to get the support of his loyal followers.

This marriage of convenience probably won’t last much past Election Day, especially when you consider what the two sides were saying about each other just a few months ago. Senator Grassley pulled no punches.

“The reality is, he lost. He brought over 60 lawsuits and lost all but one of them. He was not able to challenge enough votes to overcome President Biden’s significant margins in key states,” Grassley said in a statement offered after voting against Trump’s second impeachment. “He belittled and harassed elected officials across the country to get his way. He encouraged his own, loyal vice president, Mike Pence, to take extraordinary and unconstitutional actions during the Electoral College count.”

And yet, here’s Grassley at a Trump rally a few months later. After running seven times for the Senate in Iowa, Grassley knows how to win. And no Republican is going to win Iowa in 2024 unless they bend the knee to Trump.

For the time being, both sides on the Republican divide need each other, each for their own reasons. It’s not exactly “unity,” but it’s better than open warfare.

US intel caught by surprise by China’s nuclear-capable hypersonic space weapon that circled the Earth: Report
Big Banks Are Finally Recognizing that Evergrande Is Only the Beginning of the China Economic Crisis
What If Colin Powell Ran for President in 1996?
Column: Misty Memories for ‘Colin Powell Republicans’
203,000 members of Sheet Metal, Air, Rail and Transportation Union (SMART) stand strong against forced covid “vaccination”