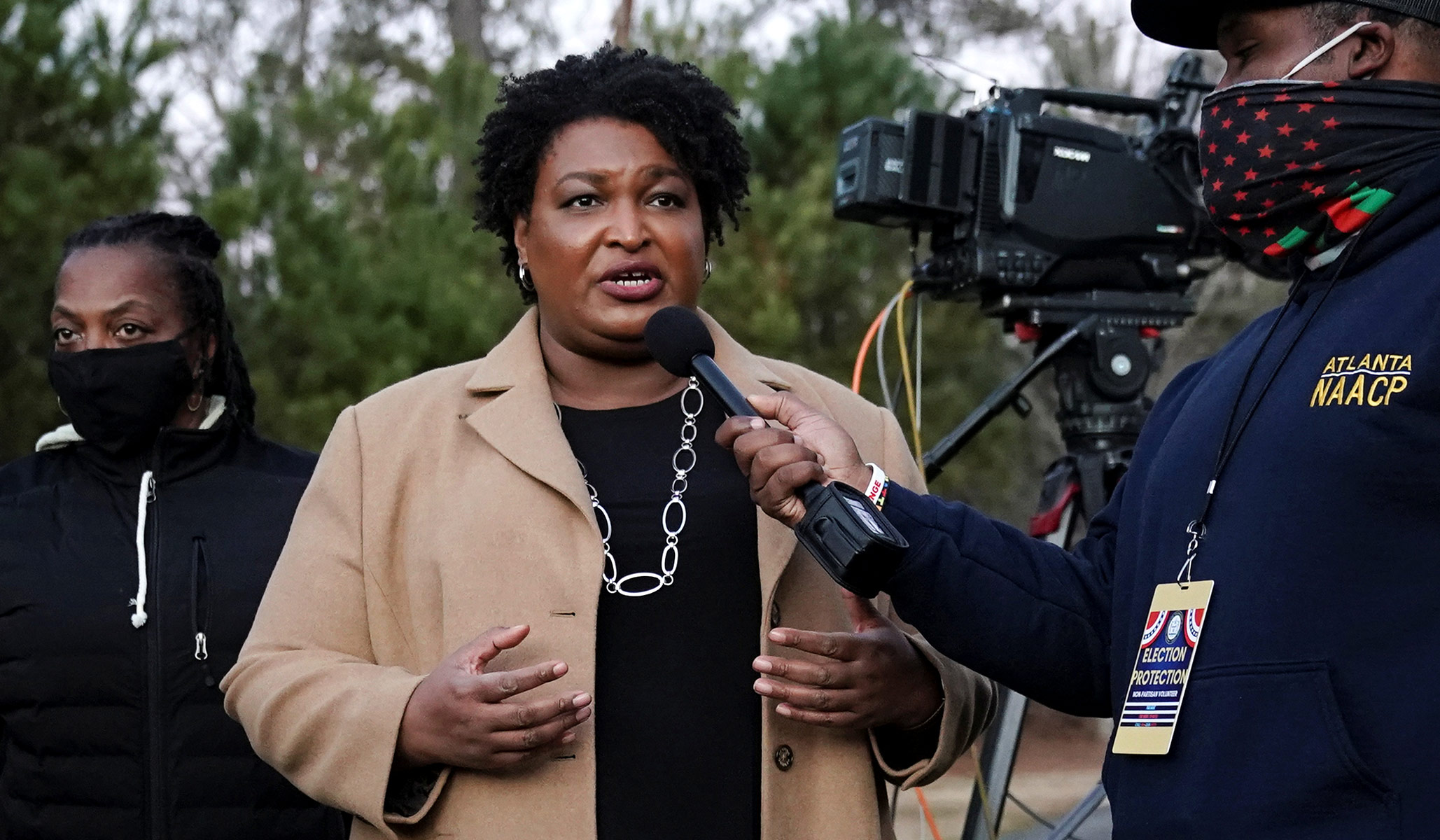 Elections
Apparently, election trutherism is only a problem when President Trump engages in it.

Last week, I called out Stacey Abrams for making the same kind of stolen-election claims regarding her 2018 gubernatorial loss that President Trump has roundly, and rightly, been criticized for making in the months since he lost his election.

In response, MSNBC jumped to Abrams’s defense, arguing that there are some differences between the two, and used demonstrably false election disinformation to do so.

In fact, in the whole MSNBC piece, there is only one piece of evidence cited to bolster their claim that President Trump did not follow that Stacey Abrams playbook. The author argues that Governor Kemp “purged thousands of Black people from the voter rolls” before the 2018 election.

But the source that the story links to does not even support the author’s claim. The source story references 53,000 voter registrations that were put “on hold,” not removed from the voter rolls. Moving past the incorrect headline, the story says, incorrectly, that those voters “can still cast a provisional ballot,” meaning they obviously were not removed from the voter rolls as MSNBC claims. However, even this isn’t true. The voters put on hold actually could vote with a regular (not provisional) ballot at the polls by simply showing their ID, just like any other Georgian.

It is true that approximately 53,000 voter registrations were flagged because the information the voter submitted did not match information on file at the Georgia Department of Driver Services or Social Security Administration. This is a federally mandated check that is required by the Help America Vote Act and long-standing Georgia law.

If the author of the MSNBC piece wasn’t trying to reflexively defend Abrams from accusations that she was spreading disinformation, he could be forgiven for his mistake. After all, the headline of the NBC News story he cites reads “‘Suppression’: Critics charge Georgia GOP gov candidate purging voters before election.” Yet the story itself explains why that’s not true. NBC News was pushing election disinformation and MSNBC is now amplifying it in an effort to defend Abrams. In their effort to defend Abrams’s stolen-election claims, MSNBC went out of their way to dig up a false version of events and push that instead of the truth.

The only other point of my argument that MSNBC actually addresses is one they concede, acknowledging that yes, “Abrams and Trump both sued and fundraised” over their stolen-election claims. MSNBC tries to make hay over the fact that parts of Abrams’s lawsuit are still moving forward in the courts, but conspicuously leaves out that the part of Abrams’s lawsuit they cite to support their claims (what they call “voter roll purges” and I call voter-list maintenance) was dismissed by Steven Jones, a federal judge appointed by President Obama. Jones found that Abrams’s lawyers had presented no evidence that would allow a reasonable jury to find in their favor.

Abrams’s earlier claims about voting machines switching votes are also conspicuously absent from MSNBC’s defense. Like President Trump and his allies did over the last year, Abrams’s Fair Fight Action alleged that voting machines “erased” 100,000 votes in 2018. Her group pushed hacked-voting-machine claims long before President Trump and his supporters were vehemently criticized by the media and much of the Democratic Party for doing the same thing.

Considering the damage President Trump’s stolen-election claims have done to the public perception of our elections, Abrams has a lot to answer for, whether or not she chooses to run for office. American democracy relies on an adversarial press to hold leaders accountable. Given MSNBC’s lurch to defend Abrams and their use of disinformation to support it, there is little reason to believe they will do their jobs if and when Abrams starts her disinformation campaign again.