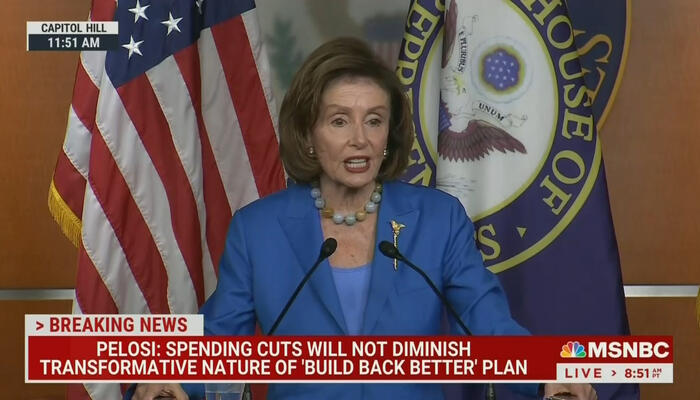 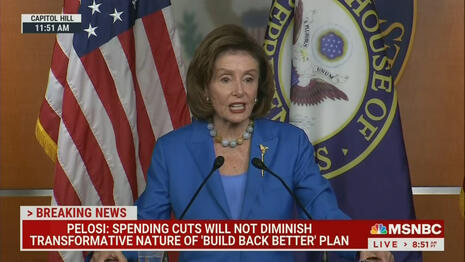 Reporting on a contentious Capitol Hill press conference on Tuesday, Townhall noted how House Speaker Nancy Pelosi lashed out at the usually friendly left-wing media when asked by a reporter: “Do you think you need to do a better job at messaging? And going forward how do you sell this?” The Democratic congressional leader scolded the press: “I think you could all do a better job of selling it to be very frank with you.”

“Oh, so it’s the media’s fault that Americans aren’t thrilled about trillions of dollars spent on woke special interests and priorities. It couldn’t possibly have anything to do with the inflation that’s already hitting Americans across the board?,” Townhall’s Spencer Brown asked.

Read the full article on Townhall.