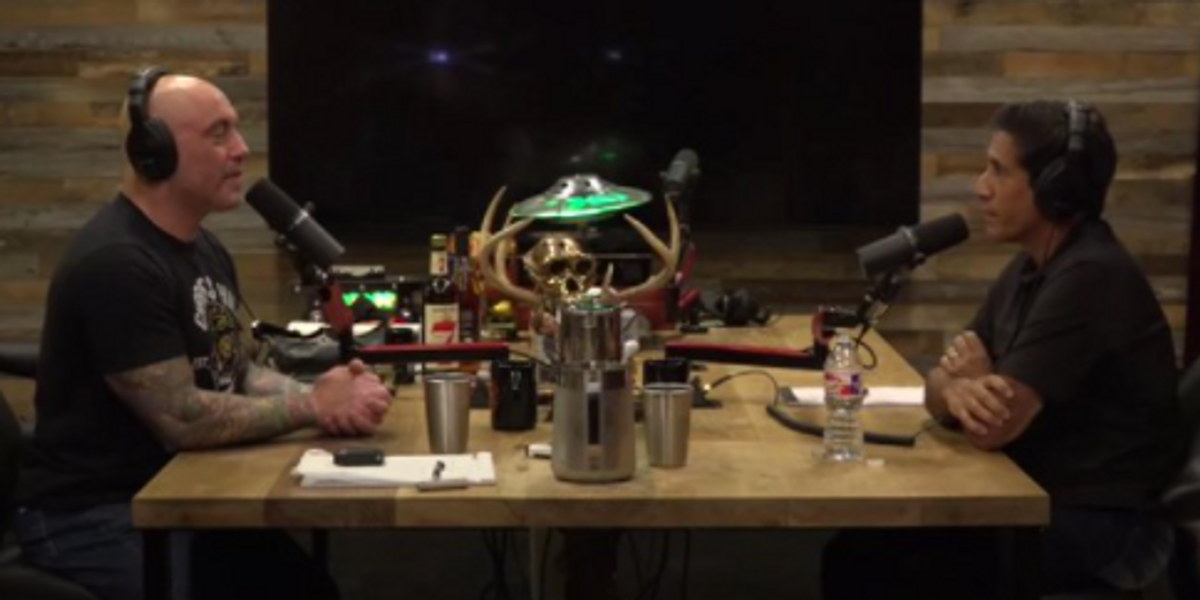 Last month, Rogan announced that he contracted COVID-19. The stand-up comedian said he “threw the kitchen sink” at the respiratory disease – including monoclonal antibodies and the controversial anti-parasite drug ivermectin. Rogan skewered CNN for the network’s repeated claims that the UFC color commentator was using “horse dewormer” and even floated the idea of suing the cable news network for falsely saying that he was taking a veterinary medicine and not the human version.

In the most recent episode of “The Joe Rogan Experience,” the podcast host grilled Gupta about CNN’s lies about him using “horse dewormer.”

“Thank you,” Rogan responded. “You’re probably the only one at CNN who’s glad. The rest of them are all lying about me taking horse medication.”

“That bothered you,” Gupta said while grinning.

“It should bother you too,” Rogan fired back. “They’re lying at your network about people taking human drugs versus drugs for veterinary.”

Gupta admitted, “Calling it a ‘horse dewormer’ is not a flattering thing, I get that.”

“It’s a lie. It’s a lie on a news network … and it’s a lie that they’re conscious of. It’s not a mistake,” Rogan said, noting that ivermectin was prescribed to him by a doctor. “They’re unfavorably framing it as veterinary medicine.”

Gupta attempted to justify CNN’s misclassification by referencing a “snarky” statement released by the Food and Drug Administration about ivermectin that said: “You are not a horse. You are not a cow.”

Rogan asked, “Why would you say that when you are talking about a drug that’s been given out to billions and billions of people?”

“A drug that one of the inventors won a Nobel Prize in 2015,” Rogan noted.

“A drug that has been shown to stop viral replication in vitro. … Why would they lie and say that’s horse dewormer? I can afford people medicine, motherf***er. This is ridiculous! It’s just a lie!”

Gupta finally confessed, “They shouldn’t have said that.” Gupta said he “didn’t know” why the network spread the “horse dewormer” lie.

Rogan also confronted Gupta on the neurosurgeon’s recommendation that children get vaccinated.

Rogan also pressed Gupta about the possibility of the Wuhan lab-leak theory in relation to gain-of-function research funded by the National Institutes of Health.


The Questions Around Gain of Function Research

Following the release of the interview on Spotify, Gupta called “The Joe Rogan Experience” – which is one of the world’s most popular podcasts with over 200 million monthly downloads in 2019 – a “lion’s den.”

“I realized that if I was serious about trying to communicate public health, I needed to go to a less comfortable place,” Gupta explained.

“I walked into the lion’s den and spoke with @joerogan on his podcast for more than 3 hours — vaccines, ivermectin, and much more. Friends tried to get me to turn down his invite, but ultimately I’m glad I did it,” Gupta said.

“When I told Joe early in the podcast that I didn’t agree with his apparent views on vaccines against Covid, ivermectin and many things in between, part of me thought the MMA, former Taekwondo champion might hurtle himself across the table and throttle my neck,” Gupta said of Rogan. “But, instead he smiled, and off we went.”

You can watch the entire “Joe Rogan Experience” episode with Sanjay Gupta below.