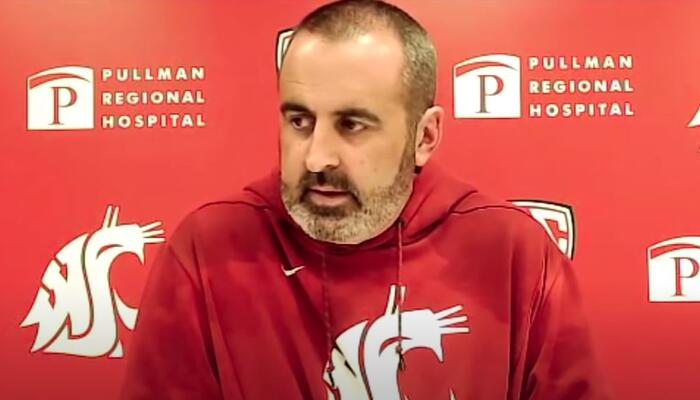 We’ve heard about firings and threats of firings for people across the country declining vaccinations. Now come the lawsuits, notably the impending legal action of Nick Rolovich, fired Monday as head football coach at Washington State University. The ex-coach plans to sue the university, and the Religious Freedom Restoration Act (RFRA) could potentially come into play and in Rolovich’s favor. 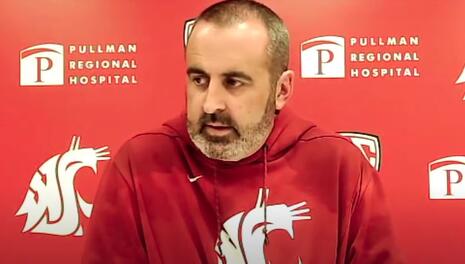 Breitbart indicated that Rolovich and four assistant football coaches were terminated with cause for failing to comply with WSU’s vaccination mandate. His attorney, Brian Fahling, sent a letter to the school stating that the firing was “unjust and unlawful” and he plans to take legal action against Washington State University and all parties responsible for his illegal termination.

ESPN’s Adam Rittenberg reported the Fahling letter “came after Coach Rolovich’s request for a religious exemption from the vaccine was denied by the university. The institution also indicated that even if the exemption had been granted, no accommodation would have been made.”

“Since at least early April, it became clear that Chun had already determined that Coach Rolovich would be fired. Chun’s animus towards Coach Rolovich’s sincerely held religious beliefs, and Chun’s dishonesty at the expense of Coach Rolovich during the past year is damning and will be thoroughly detailed in litigation. Chun’s discriminatory and vindictive behavior have caused immeasurable harm to Coach Rolovich and his family.”

Sticking up for WSU, the San Jose Mercury News chided Rolovich’s attempt to seek a religious exemption because vaccinations have been mandated by the state of Washington.

However, FEDweek reports that the Religious Freedom Restoration Act (RFRA) ”may limit some government employers’ adoption of vaccine mandates and affect future legislation governing vaccine mandates.” If that’s the case, it could be a legal point in Rolovich’s favor.

Rolovich may also be one of the victims in a greater bias at Washington State University, which has denied nearly 80 percent of the applications it received for religious exemptions concerning coronavirus vaccinations.

The Guardian tries to justify religious arguments for vaccinations by stating that Pope Francis and the U.S. Conference of Catholic Bishops have stated that “all Covid-19 vaccines are morally acceptable and that Catholics have a duty, responsibility or obligation to be vaccinated.”

Another legal sticking point is the determination of whether or not Rolovich will receive the $3 million in salary he is owed for the remaining three years of his contract with WSU.

Pending a legal defense of Rolovich, Fahling called the coach’s dismissal “a tragic and damning commentary on our culture, and more specifically, on Chun, that Coach Rolovich has been derided, demonized and ultimately fired from his job, merely for being devout in his Catholic faith.

“While I have made my own decision,” Rolovich said previously, “I respect that every individual — including our coaches, staff and student-athletes — can make his or her own decision regarding the COVID-19 vaccine.” That respect was not mutual, not by the state or his former university employer.

Incidentally, COVID-19 infections are currently in a free-fall, a sharp downward spiral. It also goes without saying that some fully vaccinated people are still catching coronavirus infections, too. See the chart on this page. All the vaccination and terminations madness is so needless.