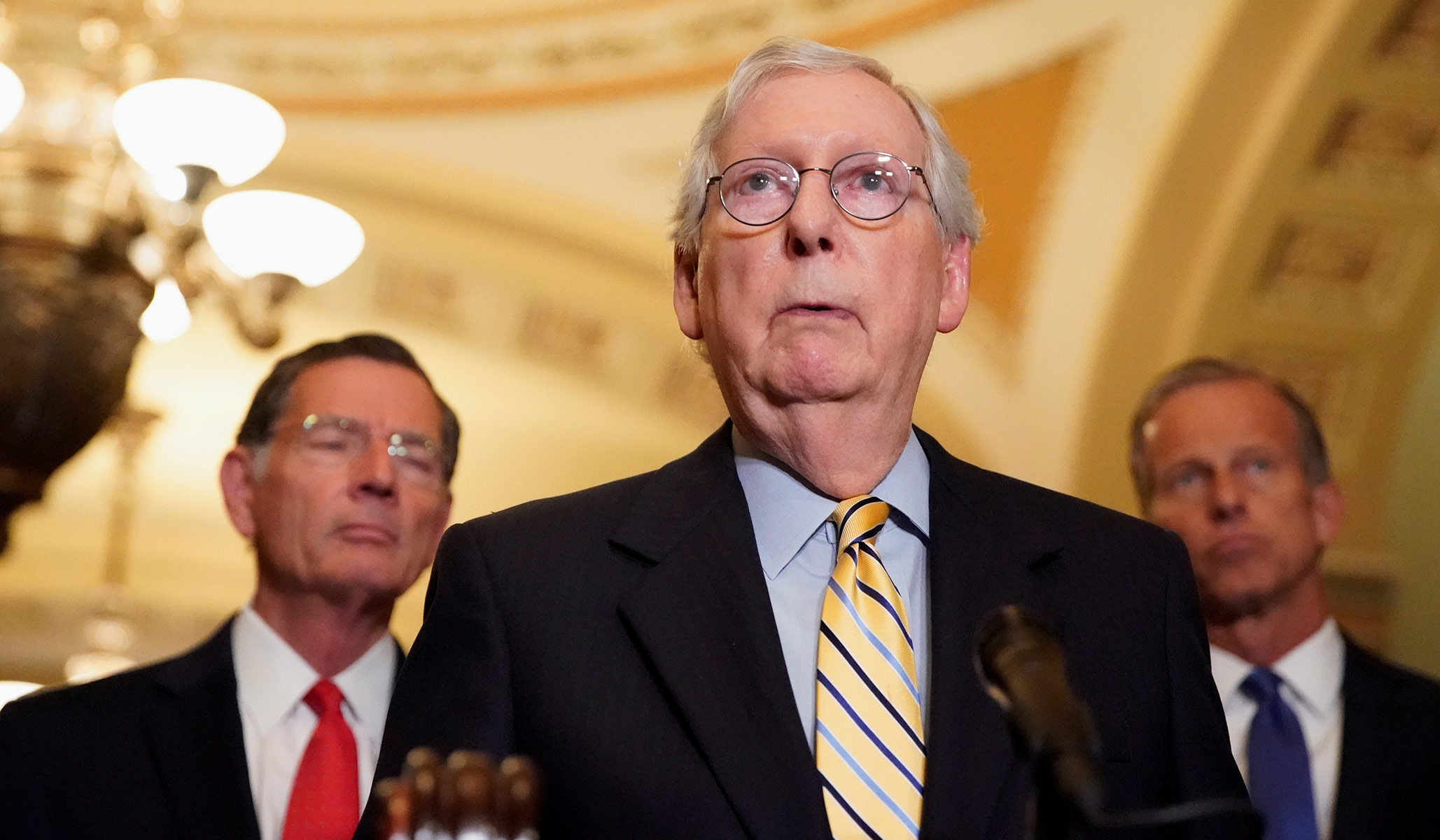 Senate Republicans on Wednesday blocked Democrats’ attempt to open debate on the Freedom to Vote Act, a pared-back version of the elections legislation that Democrats attempted to pass earlier this year.

The Senate voted 51-49 to block debate on the bill, with all Senate Republicans voting against the bill. Majority Leader Chuck Schumer (D., N.Y.) also voted against the bill, which will allow him to ask for another vote on the legislation according to Senate procedures.

Democrats contended that the legislation is necessary to expand voting access nationwide. Republicans countered that the law represents a federal takeover of elections that should be controlled by the states.

“This latest bill still subjects popular, commonsense state election integrity protections like voter ID to the whims of federal bureaucrats,” Minority Leader Mitch McConnell (R., Ky.) said on the Senate floor on Wednesday. “It still sends government money to political campaigns, for goodness sakes. It still puts Washington in the middle of the states’ redistricting decisions. And on and on.”

Senator Angus King (I., Me.), who previously expressed skepticism about eliminating the Senate filibuster, suggested that he could support changing Senate rules to pass the voting bill.

“When we are talking about the fundamental operation of democracy, I have to think a Senate rule will have to be modified or give way,” King told the New York Times on Wednesday.

“In state after state, restrictive laws on voting, and efforts to replace non-partisan election administration with partisan processes designed to overturn the will of the voters, have become more widespread,” the Biden administration said in a statement. “This landmark legislation is needed to protect the right to vote, ensure the integrity of our elections, and repair and strengthen American democracy.”

The Freedom to Vote Act would make election day a federal holiday; standardize voter ID laws to allow a range of documentation to constitute identification; and make it easier to sue state legislatures over redistricting issues. The legislation would also set a minimum 15-day early-voting period for all elections, and set national standards for mail-in voting.

The bill also includes a measure to prevent elections officials from being easily removed from office, in response to former President Trump’s claims that Democrats “stole” the 2020 election.

The current bill is a compromise floated by Democrats after Senator Joe Manchin (D., W.Va.) objected to some provisions in a previous voting legislation. Previous iterations of the bill would have taken redistricting authority from state legislatures and placed that authority in so-called “independent commissions,” and would have banned state voter ID laws in favor of a sworn voter statement.

“This latest umpteenth iteration is only a compromise in the sense that the left and the far left argued among themselves about exactly how much power to grab in which areas,” McConnell commented on Wednesday.