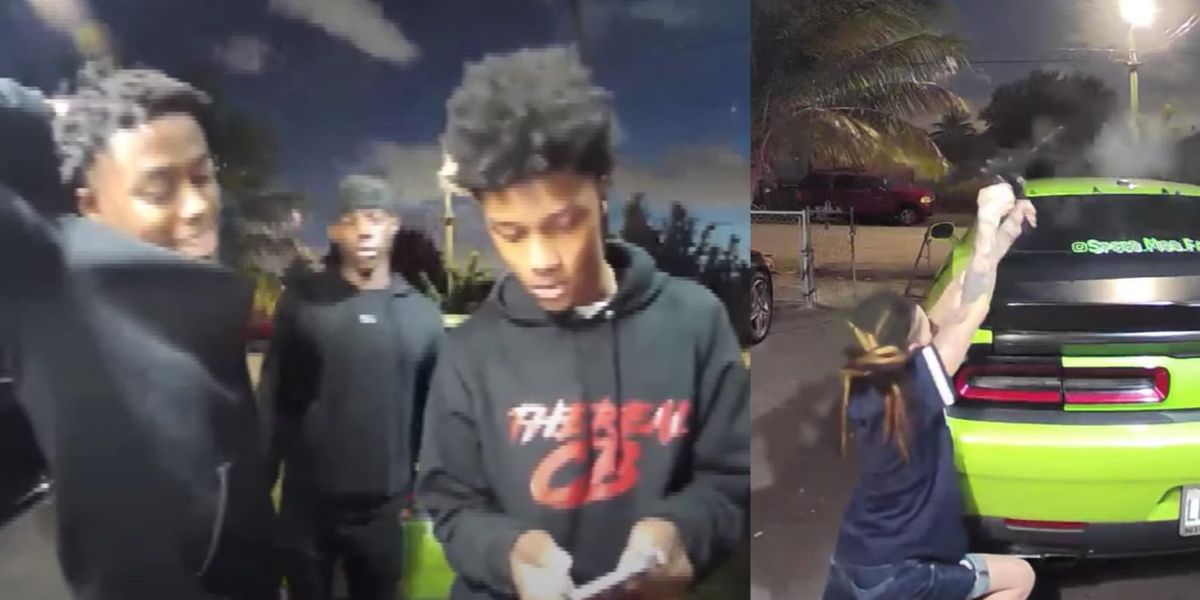 A wild shootout was caught on a Ring doorbell security video during an armed robbery of a Florida woman’s puppies. The puppies were estimated to be worth thousands of dollars.

The Broward County Sheriff’s Office said the incident unfolded on Monday evening at around 7 p.m. in West Park, near Fort Lauderdale.

Police say three males went to the victim’s home to ask about the dogs she had posted for sale on Instagram.

The victim told WPLG-TV that she was held at gunpoint when they entered the home and took her dogs. She said at one point one of the men had her in a headlock with the gun to her head.

“My heart and my adrenaline was through the roof,” the victim told WTVJ-TV. “My stomach was in a knot.”

She says she fought back and got into a struggle with the males.

“I have to get out of this because they are young kids, and they will kill me, and rob me,” she said.

The security video showed the three running out of the house with the dogs. They fire shots at the home and moments later the victim runs out with her own gun to shoot back at them.

“I was not trying to hurt anybody in the mix of it,” the victim said. “My biggest goal is to protect my girlfriend and that was my only goal there.”

She said that she wasn’t injured but that two of her French bulldog puppies were missing. They are valued at about $4,000 each.

Two of the suspects were quickly apprehended, police said they were both 16 years of age. They will both be facing charges of armed robbery with a firearm, and shooting into an occupied dwelling. The third suspect seen in the video is being sought by police.

The woman said she and her girlfriend are leaving her home out of fear that the third suspect might come back.

Police said the puppy owner will not face any charges over her participation in the shootout.

Here’s the video of the wild shootout:


Two arrests have been made in a dangerous dognapping case

Southern Border Crisis: More Failures and Confusion From Team Biden
It’s Already Too Late to Stop Omicron From Spreading Around the World
Hillary Clinton says Americans do not appreciate what Biden has done for them, blames social media
POLIO is a man-made disease caused by heavy metals exposure, not a virus… the entire history of polio and vaccines was fabricated
Want to Defeat Tyranny? The Epic True Story of America’s FIRST Freedom Fighters