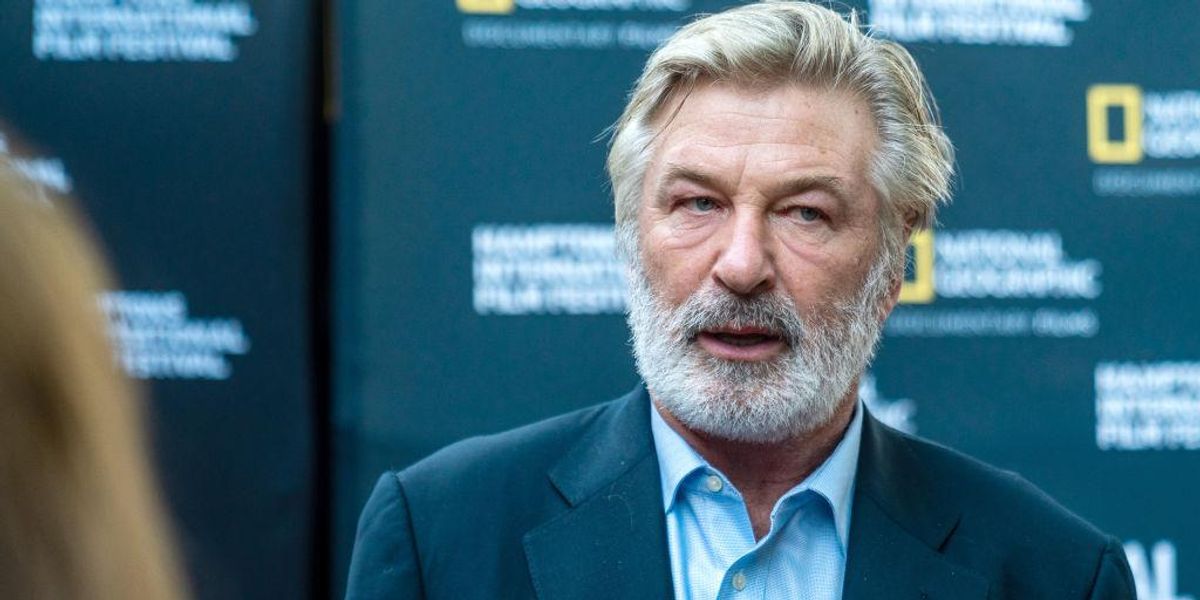 New developments are surfacing regarding Thursday’s accidental shooting by actor Alec Baldwin that resulted in the death of a cinematographer on the set of a Western-themed movie. Several updates on the tragic death provide new details of the events leading up to the fatal shooting of 42-year-old Halyna Hutchins during the filming the movie “Rust” in New Mexico.

Alec Baldwin was reportedly given a ‘cold gun’

While filming the movie “Rust” at the Bonanza Creek Ranch outside Santa Fe, Baldwin was told that he was being given a prop gun that was not loaded with live ammo, according to an affidavit filed by the Santa Fe County’s Sheriff’s Office. The assistant director assured everyone on set that the firearm had blanks by shouting, “cold gun,” the Associated Press reported.

However, when Baldwin pulled the gun’s trigger, it fired a bullet that struck Hutchins in the chest and hit the shoulder of director Joel Souza, who was standing behind her. Hutchins was airlifted by helicopter to the University of New Mexico Hospital, where she was pronounced dead. Souza was taken by ambulance to a hospital, and he was released on Friday morning.

The armorer previously voiced concerns about not being ‘ready’

The Los Angeles Times named 24-year-old Hannah Gutierrez-Reed as the armorer for the “Rust” movie. She is the daughter of veteran Hollywood armorer Thell Reed and recently completed her first film as the head armorer for “The Old Way,” another Western movie starring Clint Howard and Nicolas Cage.

The Daily Beast reported that Gutierrez-Reed almost didn’t take “The Old Way” job because she wasn’t sure if she was ready.

“I almost didn’t take the job because I wasn’t sure if I was ready but doing it, it went really smoothly,” she said on the Voices of the West podcast. She later added that she thought loading blank rounds into the firearms was “the scariest thing.”

There were reportedly other gun mishaps on the ‘Rust’ set

The prop gun that was involved in the fatal shooting of Hutchins previously misfired, sources told NBC News. The insider claimed that several crew members walked off the set several hours before the shooting because of safety concerns.

The Daily Beast reported, “There were at least two prior incidents of a gun being misfired on the set of the upcoming Western film ‘Rust’ in the days leading up to Alec Baldwin discharging a prop gun on Thursday that killed the film’s cinematographer and injured the director.”

“The safety of our cast and crew is the top priority of Rust Productions and everyone associated with the company, ” the company stated. “Though we were not made aware of any official complaints concerning weapon or prop safety on set, we will be conducting an internal review of our procedures while production is shut down. We will continue to cooperate with the Santa Fe authorities in their investigation and offer mental health services to the cast and crew during this tragic time.”

The Albuquerque Journal obtained audio of the 911 call from the set following the tragic shooting.

“We’ve had two people accidentally shot by a prop gun; we need help immediately,” a woman who identified herself as a script supervisor Mamie Mitchell is heard telling the emergency dispatcher. “We were rehearsing and it went off, and I ran out, we all ran out.”

The dispatcher asked, “Was it loaded with a real bullet?”

Mitchell is heard on the 911 call telling someone, “And this (expletive) AD that yelled at me at lunch – asking about revisions, this mother (expletive) – he’s supposed to check the guns, he’s responsible for what happens on the set.”

The last five posts on the Instagram page of Hutchins were all from the set of “Rust,” including a cast photo that featured and tagged Alec Baldwin.

Matt Hutchins – the husband of Halyna Hutchins – gave a touching tribute to his now-deceased wife of 16 years.

“Halyna inspired us all with her passion and vision, and her legacy is too meaningful to encapsulate in words,” the widower wrote on social media with a photo of Halyna and their son. “Our loss is enormous, and we ask that the media please respect my family’s privacy as we process our grief. We thank everyone for sharing images and stories of her life.”

Hutchins also said he had spoken with Baldwin, and the actor was being “very supportive.”

Halyna inspired us all with her passion and vision, and her legacy is too meaningful to encapsulate in words. Our… https://t.co/WVjJ4FHkkV

Baldwin, 63, said he was heartbroken and fully cooperating in the investigation.

There are no words to convey my shock and sadness regarding the tragic accident that took the life of Halyna Hutchins, a wife, mother and deeply admired colleague of ours. I’m fully cooperating with the police investigation to address how this tragedy occurred and I am in touch with her husband, offering my support to him and his family,” he tweeted on Friday. “My heart is broken for her husband, their son, and all who knew and loved Halyna.No charges have been filed in the case.”

“There are no words to convey my shock and sadness regarding the tragic accident that took the life of Halyna Hutchins, a wife, mother and deeply admired colleague of ours,” Baldwin wrote on Twitter. “I’m fully cooperating with the police investigation to address how this tragedy occurred.”

Souza also issued a statement on the death of Halyna.

“I am gutted by the loss of my friend and colleague, Halyna,” Souza said in a statement to Fox News on Saturday. “She was kind, vibrant, incredibly talented, fought for every inch and always pushed me to be better. My thoughts are with her family at this most difficult time.”

“I am humbled and grateful by the outpouring of affection we have received from our filmmaking community, the people of Santa Fe, and the hundreds of strangers who have reached out….. It will surely aid in my recovery,” he added.

No charges have been made in connection with the shooting.

“This case is still in its preliminary stages of investigation,” First Judicial District Attorney Mary Carmack-Altwies said on Friday. “We are assisting the Santa Fe County Sheriff’s Office and have offered our full support to them. At this time, we do not know if charges will be filed. We will look into all facts and evidence of the case with great discretion and have further information at a later time. Our thoughts are with all affected by this tragedy.”

Yes, Merrick Garland Has Politicized the Department of Justice
Kyle Rittenhouse blasts ‘corrupt’ prosecutor Thomas Binger who decided to ‘lie,’ wanted ‘my head’ on his ‘shelf,’ and ‘just wants to make a name for himself’
FLASHBACK: Book Exposes the Time FDR Messed With Thanksgiving (and Regretted It)
Waukesha Suspect Charged with Five Counts of Intentional Homicide, Bail Set at $5 Million
Rittenhouse Blasts Media Coverage of His Case following Not-Guilty Verdicts