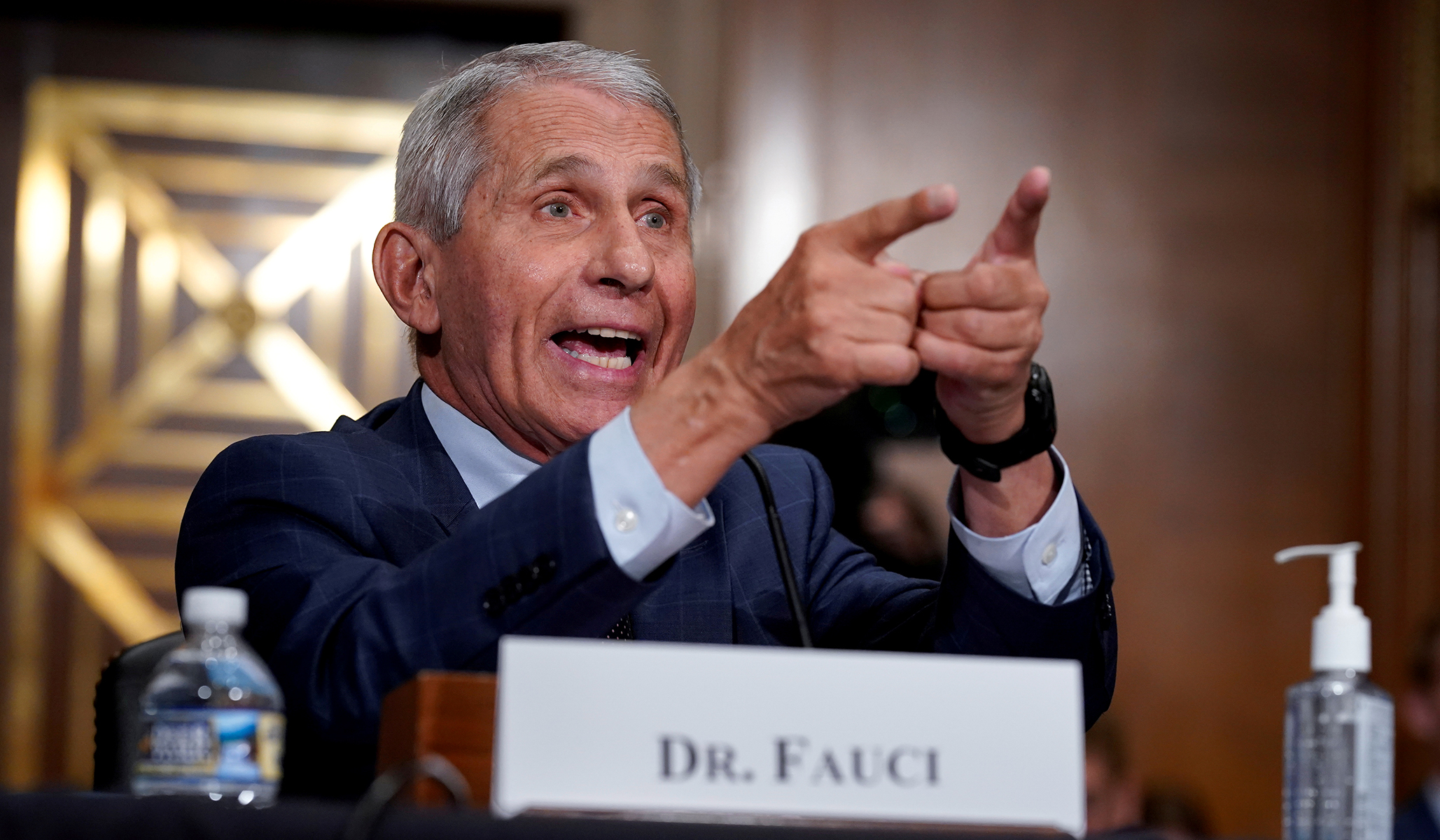 We still don’t know if a lab accident at the Wuhan Institute of Virology caused the COVID-19 global pandemic. But now we do know for certain that there was a cover-up — and that private organizations and the U.S. government either hid information or misled the public regarding several key details about the kinds of research that the U.S. taxpayers were indirectly funding at the Wuhan labs.

Lawrence Tabak, the principal deputy director of the National Institutes of Health and the deputy ethics counselor of the agency, wrote to Congress this week informing it that NIH had indeed funded “gain of function” research on coronaviruses found in bats, through grants to the private research group EcoHealth Alliance. Gain-of-function research takes existing viruses and makes them either more virulent or dangerous, more contagious, or both, toward the end of learning how to fight them. Quite a few virologists question whether the reward is worth the risk of deliberately engineering viruses that are more hazardous to human beings and could accidentally escape the laboratory and set off a pandemic.

Tabak’s letter makes it sound as if EcoHealth misled the federal agency about what its research was doing, and that the organization broke its promises to keep NIH informed of developments as it was ongoing.

Back in May, Dr. Anthony Fauci and Senator Rand Paul had a heated exchange over whether NIH had ever funded this kind of research. “Senator Paul, with all due respect, you are entirely and completely incorrect — that the NIH has not ever and does not now fund gain-of-function research in the Wuhan Institute of Virology,” Fauci averred.

Now NIH admits Fauci’s statement is not quite accurate, pointing to research that was conducted “during the 2018-2019 grant period.”

“The limited experiment described in the final progress report provided by EcoHealth Alliance was testing if spike proteins from naturally occurring bat coronaviruses circulating in China were capable of binding to the human ACE2 receptor on a mouse model,” Tabak wrote. (Before the pandemic, Chinese research scientists had engineered a supply of mice with “humanized” lungs, to give a better sense of how these viruses would affect human beings.) “All other aspects of the mice, including the immune system, were unchanged,” the letter continues. “In this limited experiment, laboratory mice infected with the SHC014 WIV1 bat coronavirus became sicker than those infected with the WIV1 bat coronavirus.”

In other words, EcoHealth Alliance had taken grant money from NIH and worked with the Wuhan Institute of Virology’s top scientist, Shi Zhengli — the researcher nicknamed “Bat Woman” — who then took existing bat coronaviruses, figured out if they could be made more infectious on “humanized” mice lungs, and found that, indeed, the virus made the mice sicker than the previous iteration. NIH emphasized that “as sometimes occurs in science, this was an unexpected result of the research, as opposed to something that the researchers set out to do.”

“EcoHealth failed to report this finding right away, as was required by the terms of the grant,” Tabak writes. “EcoHealth is being notified that they have five days from today to submit to NIH any and all unpublished data from the experiments and work conducted under this award.”

And is it really a coincidence that a pandemic involving a novel coronavirus most like those found in bats began on the metaphorical doorstep of one of three institutions in the world doing gain-of-function research on novel coronaviruses in bats, or is it a sign of something more sinister?

EcoHealth Alliance is run by Peter Daszak. In 2018, EcoHealth Alliance applied for a grant from the Defense Advanced Research Projects Agency (DARPA) proposing an effort to “introduce appropriate human-specific cleavage sites” into SARS-like viruses; in other words, to take existing bat viruses and make them more likely to infect human beings. The proposal declared that “Dr. Shi, Wuhan Institute of Virology will conduct viral testing on all collected samples, binding assays and some humanized mouse work.”

And yet, Daszak spent the first few months of the pandemic insisting that only unhinged conspiracy theorists believed that a virus could be bioengineered to become more contagious by focusing on cleavage sites. “The presence of a Furin cleavage site in SARS-CoV-2 glycoprotein is widely touted by conspiracy theorists as evidence of lab culture or bioengineering,” he sneered on Twitter in May 2020 — even though not that long ago, Daszak had proposed a project to do that!

Clearly, Daszak has been misleading about what he knew this whole time and worked overtime to try to keep people off the scent. One has to wonder, as well, if the rest of the U.S. government’s public-health leaders, including Fauci, wanted to avoid intense public scrutiny of their grants to EcoHealth.

We could expect the Chinese government to do everything possible to hide evidence and keep investigators from getting to the bottom of the origins of the virus. We should, on the other hand, expect much more from the U.S. government and its grantees. We need complete transparency, which we should have gotten from the beginning, and a full congressional investigation of the role U.S. research dollars played at a lab that may have been at the epicenter of a global catastrophe.