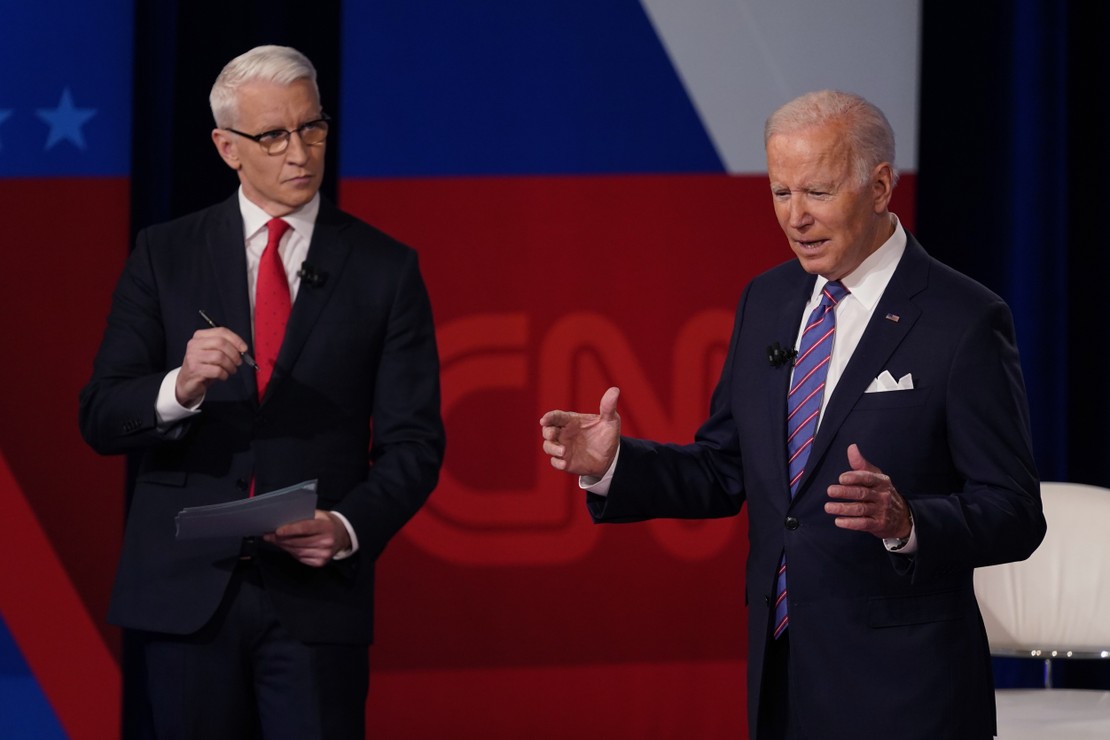 During his CNN town hall event Thursday, Joe Biden once again tried to downplay Trump’s contribution in the fight against COVID by lying about how many Americans were vaccinated when he took office.

“When I first was elected, there were only 2 million people who had COVID shots in the United States of America,” Biden claimed. “Now we got 190 million, because I went out and bought everything I could do — and buy in sight, and it worked.”

This is a lie.

When Biden took office, 16 million doses had been administered. Thus, Biden’s false figure was hardly a minor error but an egregious lie.

Secondly, Biden attempts to take credit for the vaccinations that occurred by claiming that the only reason we managed to get so many vaccinated was that he “went out and bought everything he could.”

That means the Trump administration ordered 400 million vaccine doses from Pfizer and Moderna before Joe Biden took office. In addition, the Johnson & Johnson single-dose vaccine was approved for emergency use by the FDA after Biden took office. The Trump administration was also very successful in launching the vaccine rollout, exceeding Biden’s target pace for vaccinations.

Between all three vaccines (Pfizer, Moderna, and Johnson & Johnson), approximately 413 million doses have been administered in the United States. While Biden has ordered more vaccine doses since taking office, the numbers contradict his claim that his vaccine orders were responsible for getting 190 million people fully vaccinated.

This is hardly the first time Biden has lied about the vaccine rollout and tried to take sole credit for it. Back in February, he falsely claimed “we didn’t have” a COVID-19 vaccine when he took office, and that didn’t inherit a vaccination plan. “Just over four weeks ago, America had no real plan to vaccinate most of the country,” Biden said. “My predecessor, as my mother would say, ‘failed to order enough vaccines,’ failed to mobilize the effort to administer the shots… That changed the moment we took office.”

Not only did Biden inherit a vaccination distribution plan from the Trump administration, but he also used it. “It’s more or less the plan that we put together frankly that’s happening,” said Dr. Moncef Slaoui, the former head of Operation Warp Speed.

Biden’s whoppers about his record on the COVID vaccine were so egregious that the Associated Press even fact-checked his claims, concluding, correctly, that Biden overstated his role in the rollout.

“Overstating” is one word. But given that he’s been lying about his role in the vaccine rollout since he took office, I’d call it deliberate deception. From the very beginning, the Biden administration has made a concerted effort to create a narrative that they inherited no distribution plan from the Trump administration or that the one they got was a mess, forcing them to start from scratch. The Biden administration, rather than acknowledge that under Trump two vaccines were developed and approved in record time, decided to memory-hole Operation Warp Speed and pretend that Joe Biden was the one that made it all happen.