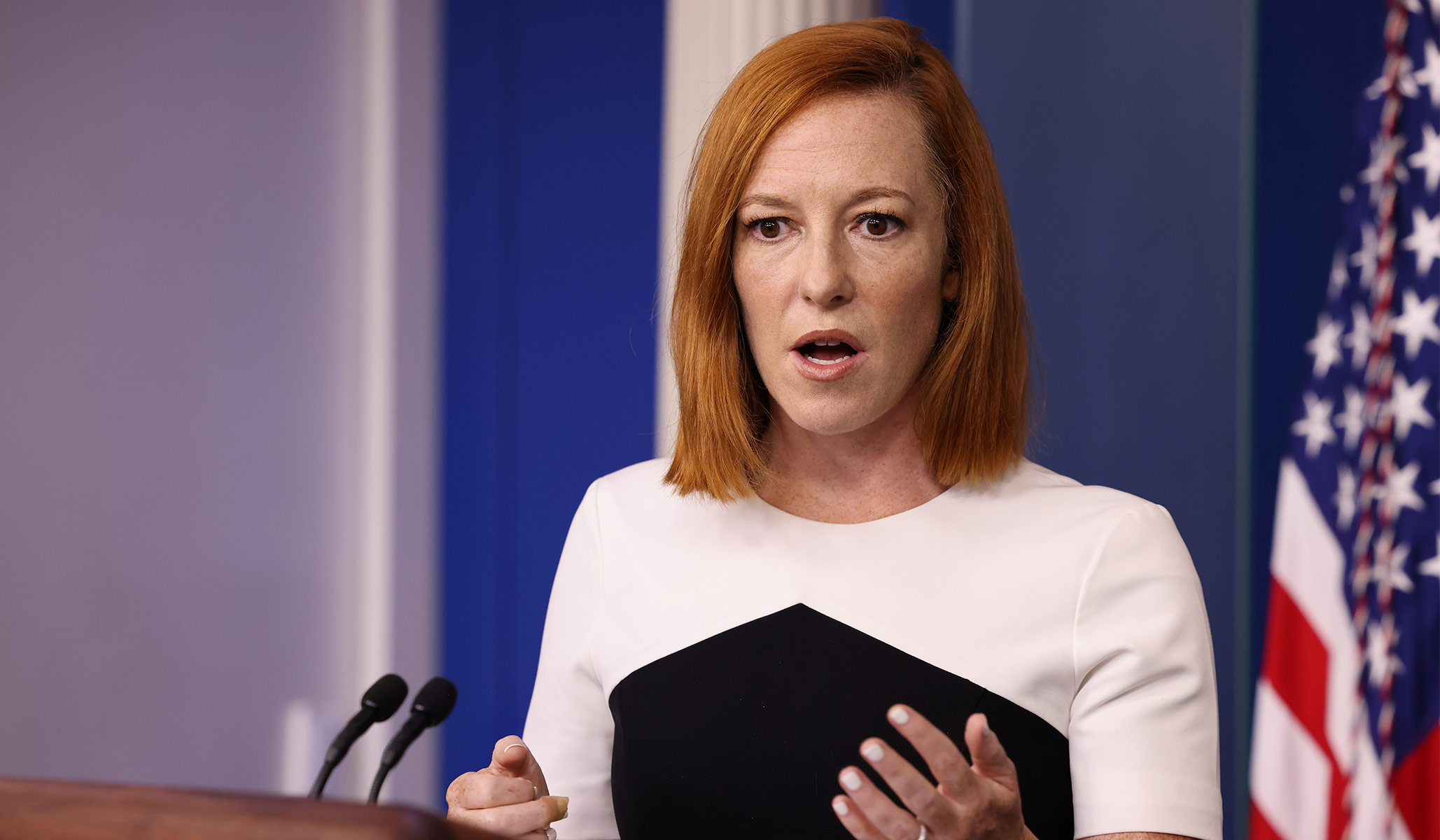 Fox News’ Chris Wallace celebrated Jen Psaki as “one of the best press secretaries ever” after a tense exchange she had with his colleague Peter Doocy last week.

During a White House press briefing on Friday, Doocy pressed Psaki over President Biden’s claim that he had “been there before” when asked by an attendee at a CNN town hall why he hadn’t been to the southern border as president.

Doocy asked why Biden — who later admitted that “I guess I should go” — said he had been to the border.

“As you may have seen, there has been reporting that he did drive through the border when he was on the campaign trail in 2008,” Psaki said. “And he is certainly familiar with the fact, and it stuck with him, the fact that in El Paso, the border goes right through the center of town.”

“But, the most important thing everyone should know and understand is that the president has worked on these issues throughout his entire career and is well-versed in every aspect of our immigration system, including the border – that includes when he was Vice President,” Psaki added.

Fox News aired the exchange live before switching to a discussion between Wallace and reporter Sandra Smith, according to Mediaite.

Smith said, “Obviously he was pressing her on the president’s own words.”

“Honestly, as somebody who’s spent six years in the White House, my immediate reaction was those are two people at the top of their game,” Wallace said.

He went on to compare Doocy to Sam Donaldson, who was known for his coverage of the Reagan administration as ABC News’ Chief White House correspondent in the 80s.

“I mean this as a compliment. I think he has become the Sam Donaldson of this White House press corps,” he said.

“And since I was working in the press corps when Sam Donaldson was there, that’s a very grudging compliment on my part,” added Wallace, who worked as NBC News’ Chief White House Correspondent during that time period.

He then said Psaki “is one of the best press secretaries ever.”

“I don’t know that anything was particularly accomplished, but they both gave and got pretty good,” Wallace added.

Are You Ready for the Trump vs. DeSantis Showdown?
4-year-old dies from lack of oxygen after excessive ‘swaddling,’ possible ‘exorcism’: Report
The part of the Tyre Nichols story that they leave out
Glenn: Pfizer employee has VIOLENT meltdown, hinting at HUGE pharma secrets
Parents abandon baby at Tel Aviv airport after failing to buy infant’s ticket: ‘We have never seen anything like that’