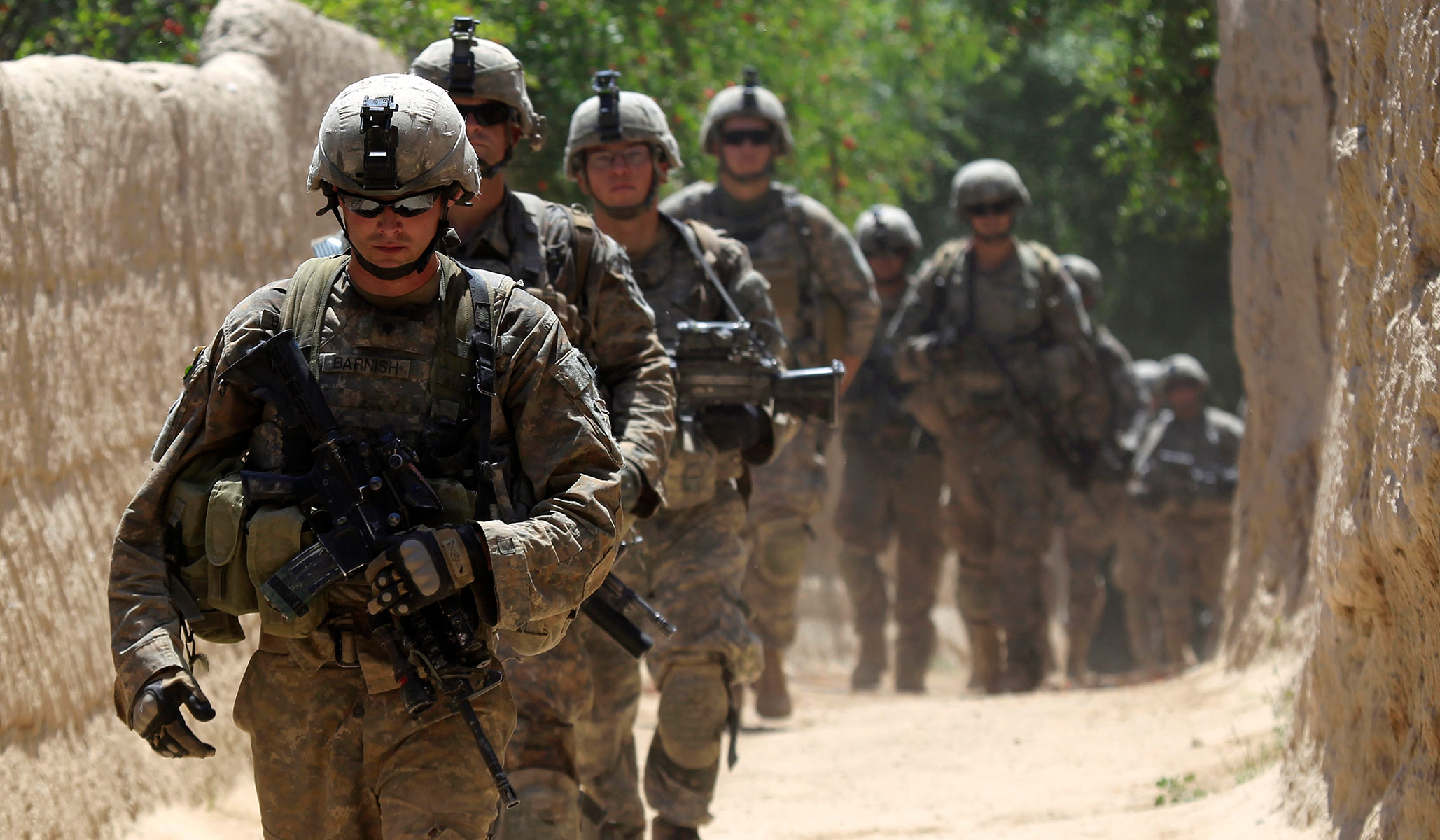 US
For far too long, lawmakers have ceded their warmaking powers to the executive. Reform bills gaining steam in the House and Senate would rebalance the scales.

It has been nearly two months since the 20-year mission to reshape Afghanistan collapsed in a matter of days. In the subsequent weeks, several congressional committees have convened to hold hearings on the failures and falsehoods that contributed to the stunning disintegration of governance preceding the fall of Kabul. There are plenty of culprits to blame, including Congress itself, which for years has been content to accept military brass’s rosy pronouncements about Afghanistan while ignoring the growing evidence that our mission there was failing.

If we are to prevent more such disasters in the future, the 117th Congress must reassert its constitutional authority in matters of foreign policy, reclaiming the power to authorize, fund, and ultimately bring an end to hostilities when wars are won or no longer serve American interests.

As reported in the Washington Post, these bills would “give Congress a more active role in approving arms sales, authorizing the use of military force and declaring national emergencies, in an across-the-board effort to claw back national security power from the executive branch.” Taken together, the legislative package would revive Congress’ ability to shape American foreign policy in the wake of Afghanistan’s collapse.

Congress has been slowly building toward this moment. In recent years, legislators have become increasingly willing to pick fights with successive administrations when Congress is not consulted before military action is taken abroad. These fights have been fought over war powers, the sale of arms to authoritarian states, and the repeal of outdated Authorizations for Use of Military Force (AUMFs). The latter fight is gaining momentum on the heels of a House vote on legislation repealing the 2002 Iraq War AUMF, which also enjoyed bipartisan support in the Senate Foreign Relations Committee.

But repealing obsolete AUMFs will only do so much to narrow the scope of executive war powers. Broader course correction — consistent with the Founders’ constitutional design — demands more comprehensive reform.

James Madison famously remarked that “in no part of the constitution is more wisdom to be found than in the clause which confides the question of war or peace to the legislature, and not to the executive department.” Despite this wise counsel, and the Framers’ decision to make Congress the executive’s coequal in matters of foreign policy, lawmakers have consistently yielded their most solemn prerogative to the White House, to the point where presidents of both parties have felt comfortable relying on congressional deference when commencing military action without legislative authorization.

After the “imperial presidency” of the Vietnam era, Congress sought to reinforce constitutional guardrails with the War Powers Resolution of 1973. But that law’s constitutionality was questionable, and it failed to achieve its intended objectives. To the contrary, the “legislative veto” that it gave lawmakers was struck down in an unrelated Supreme Court ruling that turned Congress’s “war powers” upside down. The result was that legislators had to summon a supermajority to override a presidential veto on matters of executive war-making.

The past 20 years have illuminated a new dimension of congressional complacency: acquiescence to executive action based on standing authorizations. A week after the attacks of September 11, 2001, Congress passed the 2001 Authorization for Use of Military Force sanctioning military action against “those nations, organizations, or persons who [the president] determines planned, authorized, committed, or aided the terrorist attacks . . . or harbored such organizations or persons.” Since that time, presidents have used the 2001 AUMF as a license to conduct more than 40 operations in 19 countries, many of them wholly unrelated to the perpetrators of 9/11.

The comprehensive fix recently introduced in the House and Senate would clarify key terms, require Congress to affirmatively approve American involvement in armed conflicts abroad, and systematize funding cutoffs consistent with Congress’s power of the purse. It would also establish requirements that future AUMFs cover clearly defined missions with specific objectives and that they be subject to regular reauthorization.

Dan Caldwell is a senior adviser to Concerned Veterans for America and the foreign-policy-campaign manager for Stand Together. Reid Smith is the director of educational outreach for foreign policy at Stand Together and the Charles Koch Institute.

Terrorist On Murderous Rampage Kills 7, Injures Others in Shooting at Jerusalem Synagogue
NewsBusters Podcast: CNN Ratings Crash Matches Doubling Down on Bias
European Leaders Ponder Pro-Censorship Policies to Police So-Called Disinfo, Misinfo Online
Yet another Republican comes to defense of Ilhan Omar, vows to oppose her removal from important committee
Poll finds almost a quarter of Millennials get their rent paid by their parents, others get groceries, utilities paid