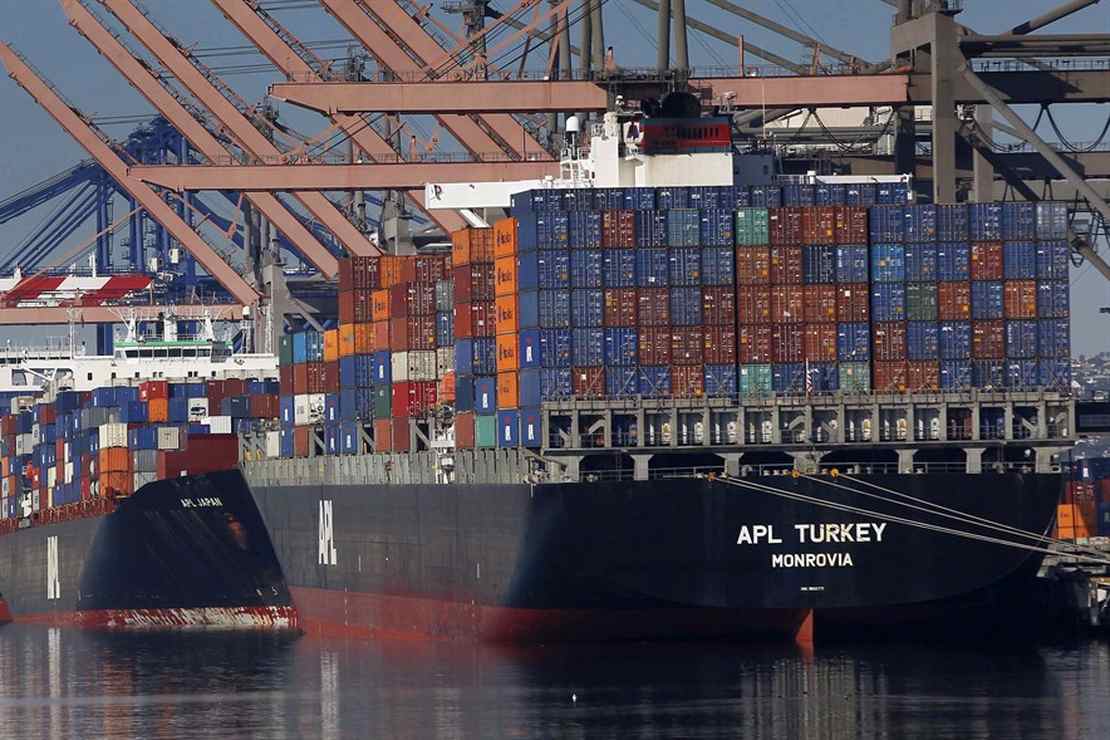 Even though President Biden ordered them to work around the clock, the “ports of LA/Long Beach are at a standstill,” observed Petersen on Twitter. “In a full 3-hour loop through the port complex, passing every single terminal, we saw less than a dozen containers get unloaded.” Of the hundreds of cranes at the ports, Petersen “counted only about seven that were even operating and those that were seemed to be going pretty slow.”

As Petersen and other experts see it, the main bottleneck in the shipping process is yard space at the container terminals. “The terminals are simply overflowing with containers,” explained Petersen, “which means they no longer have space to take in new containers either from ships or land. It’s a true traffic jam.”

How severe is the pile-up? One trucking company owner who has six shipping yards representing 153 owner/operator drivers told Petersen he has nearly three containers for every driver in his company just sitting on chassis at his yard. The city of Long Beach won’t permit him to take the containers off the chassis because zoning codes restrict the height of empty containers to no more than two high. If he violates the zoning code the city will completely shut down his yard. And his is only one of many trucking companies experiencing this backup. “With the chassis all tied up storing empties that can’t be returned to the port, there are no chassis available to pick up containers,” said Petersen. As a result of all the containers piling up in the terminal yards, the longshoremen are unable to unload the ships in the ports. That backup is “now over 70 ships containing 500,000 containers” currently waiting offshore—a backup that will only grow exponentially larger over time.

So how do we fix this backup or “bottleneck,” as Petersen calls it, and get our supply chain working again?

Here’s a simple plan that @potus and @GavinNewsom partnered with the private sector, labor, truckers, and everyone else in the chain must implement TODAY to overwhelm the bottleneck and create yard space at the ports so we can operate against

Petersen admits that his plan “is not comprehensive,” but says these steps are vital to get our ports working again. “I can’t stress enough how bad it is for the world economy if the ports don’t work,” Petersen warns. “Every company selling physical goods bought or sold internationally will fail. The circulatory system our globalized economy depends [on] has collapsed.” And since it’s getting worse every day that goes by, Petersen has volunteered “to lead this effort for the federal or state government if asked.”

“Leadership is the missing ingredient at this point,” he concludes.

It remains to be seen if Biden will listen to Petersen’s expert advice or continue to placate the American public with his ineffective speeches and meaningless platitudes.