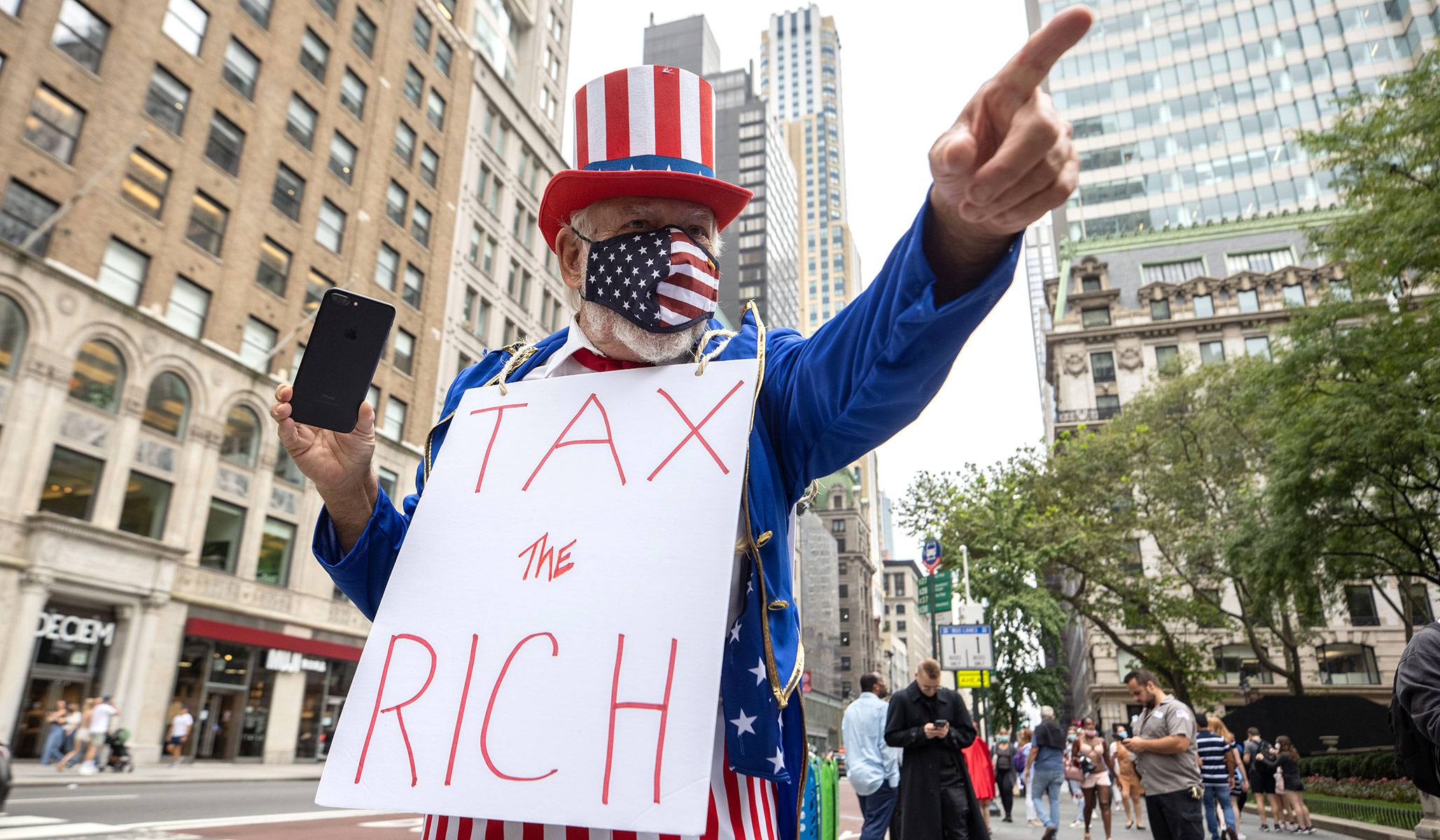 US
Columnist Binyamin Appelbaum butchers the facts to tar Republicans as a threat to ‘the American experiment in multicultural democracy.’

In a tour de force of reaction, dishonesty, and motivated historical illiteracy, the New York Times’s Binyamin Appelbaum takes aim today at the Republican Party’s ongoing “resistance” to taxation, which, in an attempt to render it outré, he casts not as the natural ideological by-product of its preference for limited government, but as “a threat to the sustainability of the American experiment in multicultural democracy.”

Appelbaum is so committed to the idea that taxation equals democracy that he opens his essay with a defense of the Democratic Party’s plan to have the IRS monitor every bank account in America. By proposing that all aggregate inflows and outflows over $10,000 — initially, the plan called for a $600 cut-off — be surveyed, he writes, Democrats are showing merely that they “want Americans to pay the full amount they owe in taxes.” “What doesn’t get enough attention,” he complains, “is that many Republicans seem not to agree” with this self-evidently laudable aim. Indeed, by opposing increasing the IRS’s surveillance power in order to “make it harder for wealthy people to cheat on their taxes,” he concludes, the GOP is “aiding and abetting tax evasion.”

I will get to Appelbaum’s abuse of the term “wealthy people” in a moment, but, before I do, it is worth reiterating that this type of only-the-guilty-are-against-government-intrusions argument should be anathema in a free country such as ours. Like most people, I am strongly opposed to, say, domestic violence, and yet it does not follow automatically from this that I would be comfortable with the government’s installing cameras in every home and monitoring them for signs of trouble. After a certain point, it becomes axiomatically true that to limit the IRS’s power is to limit its ability to enforce the law, but that trade-off is no more intrinsically outrageous than is any other limitation on government power. The Fourth Amendment makes it more difficult than it otherwise would be for the police to enter private property, but we do not say that its supporters are “aiding and abetting kidnappers,” nor should we. Once upon a time, progressives chafed (correctly, in my view) at the accusation that their qualms about the Patriot Act meant that they were “fine with 9/11.” It is not too much to ask, one would hope, that they remain consistent in their principles here.

And besides, Appelbaum is wrong on the details. Like President Biden and Janet Yellen, he feels compelled to pretend that the Democrats’ play is aimed at “wealthy people,” yet the examples he provides end up making precisely the opposite case to the one he presumably hopes to advance. Appelbaum notes that “the I.R.S. estimated in 2019 that Americans conceal from taxation more than half of income that is not subject to some form of third-party verification like a W-2, the form that the government uses to verify ordinary wage income,” whereas “more than 95 percent of wage income is reported.” Clearly, though, this is not a problem that is primarily driven by the “wealthy” — or, for that matter, by the middle class.

The sorts of people who keep a large share of their income off their W-2s and other IRS forms tend to be engaged in the kinds of jobs whose profits can be fairly easily concealed — landscaping, house-painting, hairdressing, bartending, and other cash-heavy businesses. The “wealthy” simply don’t enter into it. The lawyers, doctors, bankers, accountants, teachers, middle managers, and New York Times journalists who make up America’s middle class are invariably paid at the end of a robust paper trail, while the “rich and powerful” at whom Appelbaum implies the Democrats’ measure is aimed tend to limit their tax liability either by using legal “loopholes in the tax code” (by which Appelbaum means “provisions I dislike”) or by accruing unrealized wealth in the form of stocks and capital gains. If Appelbaum believes that tax evasion among the unsalaried is a profound-enough problem to warrant mass surveillance of bank accounts, he should say so. By pretending that the proposal is aimed at curbing the ability of “wealthy people to cheat on their taxes,” he gives away the game.

Still, that Appelbaum so easily undermines his own argument should perhaps come as no surprise, given that he seems to lack even the slightest comprehension of how government in America works. Having lamented that “the Republican Party was reborn in the 1970s under the banner of resistance to taxation,” that this resistance “remains the party’s fixation,” and that Republicans’ conception of liberty is “narrow and negative,” Appelbaum goes on to tell an absolute whopper of a lie about the distribution of the tax burden in the modern era. “Political philosophers,” he writes, “have long fretted that democracy allows the poor to plunder the rich.” But they needn’t have bothered, he concludes, because “the opposite has proved more nearly true.”

Appelbaum is equally off-base on the other end of the ledger. He claims that he is worried about tax cuts because a lack of revenues serves to “starve social programs,” and because starved social programs are “a threat to the sustainability of the American experiment in multicultural democracy.” But, again, one has to wonder in which America he is living. In 1981, the year that dastardly tax-cutter Ronald Reagan was elected, mandatory spending on programs such as Medicare, Medicaid, and Social Security represented 44 percent of the federal budget. Today, per the CBO, it represents 61 percent. In 1981, defense spending represented 23 percent of the federal budget. Today, it represents just 16 percent, with the rest going to programs such as Social Security (23 percent); Medicare, Medicaid, the Children’s Health Insurance Program (CHIP), and Obamacare subsidies (25 percent); assorted social-safety-net programs (8 percent); benefits for veterans and federal retirees (8 percent); education (2 percent); transportation (2 percent); scientific research (2 percent); and servicing the debt that all these outlays have incurred (8 percent, and rising). If, in the “rotten” pursuit of slashing taxes, the Republican Party is engaged in a “direct assault” on the “starved” federal budget — and thereby, on America’s “multicultural democracy” — that assault is failing miserably. Since the end of World War II, federal tax revenues have stayed steady, at around 17.2 percent of GDP each year. Over the same period, federal spending on human services has gone from 1 percent of GDP to around 15 percent of GDP. If this is starvation, I am a kumquat.