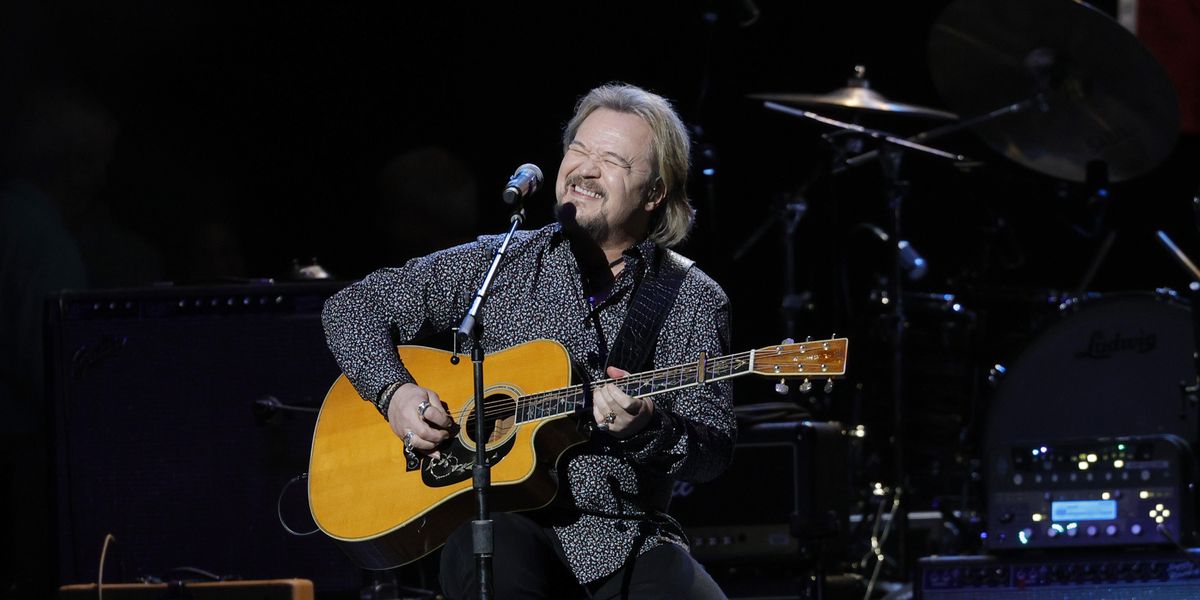 Early Sunday morning, Tritt tweeted, “So the wing nut cancel culture tried to pressure the Atlanta Braves into forcing me not to sing the National Anthem at Game 6 of the NLCS. I’m so thankful that the @braves did not cave to this pressure and refused to be bullied. Thanks for allowing me to pay tribute to America.”

So the wing nut cancel culture tried to pressure the Atlanta Braves into forcing me not to sing the National Anthem… https://t.co/m1IrRJU948

Earlier on Saturday, a USA Today report questioned the move: “On the night of one of their most important game [sic] in 20-plus years, the Atlanta Braves have chosen to wade knee-deep into the culture war of the moment and bring COVID-19 politics into the ballpark. … [F]or the Braves to choose Tritt as the performer for this particular game, after this particular week, can only be interpreted as a middle finger to the segment of its fan base that stands on the side of science and an endorsement of the kind of misinformation that keeps the COVID-19 pandemic going strong.”

A report from Fansided added, “By allowing Tritt to sing for their organization, the Braves are sending the wrong message for MLB — a league whose success is predicated on a successful COVID-19 policy and heavy reliance on the COVID-19 vaccine.”

A Washington Post report added, “The Braves chose Tritt because he is a big fan of the team. Most teams bring out their most high-profile fans this time of year. But the choice is somewhat puzzling because it seems to court unnecessary controversy, given Tritt’s stance against vaccination mandates.”

Last week, Tritt raised eyebrows after announcing that he would cancel shows at venues requiring fans to show proof of COVID-19 vaccination and more.

“I’m putting my money where my mouth is and announcing that any venue or promoter mandating masks, requiring vaccinations, or pushing COVID testing protocols on my fans will not be tolerated,” Tritt said in a widely circulated statement. “Any show I have booked that discriminates against concert-goers by requiring proof of vaccination, a COVID test, or a mask is being canceled immediately. Many people are taking a firm stand against these mandates around the country, and I wholeheartedly support that cause. I have been extremely vocal against mandates since the beginning.”

Following the outcry, Tritt told Fox News’ Tucker Carlson that he felt compelled to “stand up for freedom” and noted that vaccine mandates only served to divide people.

“[F]reedom for all of those people to be able to go out and do what they enjoy doing and enjoy a concert without being harassed,” he explained.