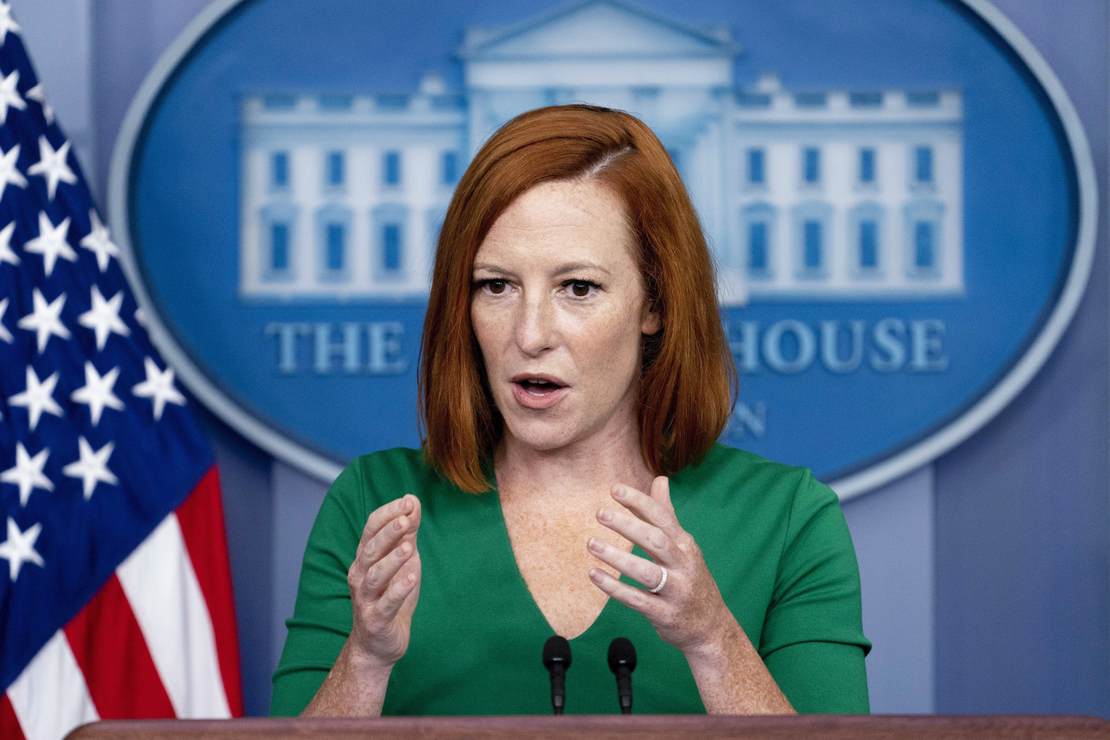 Last week, Chris Wallace of Fox News further undermined his credibility (assuming he had any left in the first place) by lauding Jen Psaki as “one of the best press secretaries ever.”

“Honestly, as somebody who’s spent six years in the White House, my immediate reaction was, ‘Those are two people at the top of their game. I think that [Peter Doocy] has become the Sam Donaldson of this White House press corps. And since I was working in the press corps when Sam Donaldson was there, that’s a very grudging compliment on my part,” Wallace said. “And Jen Psaki, I think, is one of the best press secretaries ever. I don’t know that anything was particularly accomplished, but they both gave and got pretty good.”

Really? Can she hold a candle to Kayleigh McEnany? Not a chance. Is she in the same league as Ari Fleischer? Even Josh Earnest and Robert Gibbs were better press secretaries for Obama than Psaki has been for Biden. A lot better. I was never a fan of Sarah Sanders, but even she was better than Psaki.

It’s tough to watch Psaki in action and conclude that she is an exemplary White House press secretary. In the early weeks of her tenure, her inability to answer questions earned her the nickname “Circle Back Girl” because she repeatedly promised to “circle back” to questions she was either unprepared for or unable to answer.

She admittedly has a difficult job, being the mouthpiece of the Biden White House. I can’t imagine the pressure she must be under to constantly come up with explanations for Biden’s gaffes, mental lapses, bad policy decisions, etc.

Joe Biden’s team must know she’s not up the task either. Several sources told the Daily Beast earlier this year that the White House communications team wanted to know what questions the White House press corps planned to ask in advance. But, according to Chris Wallace, she’s “one of the best.”

How many times has Fox News’ Peter Doocy schooled Psaki? I’ve lost count. One would think by now she’d be better prepared for a non-softball question.

Sometimes, it’s not how she answers a question but how she doesn’t. She vowed to be honest and transparent on her first day as press secretary, and she has repeatedly failed to live up to that promise. For example, when Reuters published a transcript of a leaked call between Joe Biden and Afghan President Ashraf Ghani in which Biden told Ghani to lie about the situation in his country, she outright refused to respond to a question about it. Other times she comes across as entirely unprepared for a question—as was the case when she was asked a question about the Space Force and tried to laugh it off.

Sometimes, the verbal diarrhea she comes up with in response to questions about Joe Biden’s poll numbers is just so awkward and wrong you almost feel bad for her. Earlier this month, she essentially blamed unvaccinated Americans for Biden’s low approval ratings. She made the same excuse last week.

“I know you’ve mentioned COVID before, but is it also because of the chaotic withdrawal from Afghanistan?” a reporter asked Psaki. “Is it the stalled agenda for President Biden? What do you suppose is the reason that we’ve seen this slide in the president’s approval ratings?”

“Well, a lot of people in this room work for organizations that have done polls, and there’s a lot of underlying data in them. And sometimes it differs,” she explained. “So, I would just go back to what our view is — is that we’re still going through a hard time in this country, and people are tired of fighting a pandemic. They’re tired of the impact on their lives. Some of them are sick and tired of people who won’t get vaccinated, who they feel are impacting their ability to live life in a normal way. Some people are still fearful for loved ones. And we all thought that it would be over at this point in time.  Obviously, the Delta variant and other factors have led to — this to be extended.” [Emphasis added]

Really? While no one expects Psaki to admit Biden botched the withdrawal from Afghanistan, but blaming Biden’s problems on unvaccinated Americans comes across as a pathetic excuse. Surely, Chris Wallace can’t honestly believe Psaki is “one of the best.”

MSNBC: No Legitimate Reason to Keep Eric Swalwell Off Intel Committee
DeSantis team rips into the Daily Beast over claim  campaign recruited influencers: ‘A complete fabrication and you know it’
‘Hawkeye’ actor had been trying to protect his adult nephew when run over by snowplow
Frontal nudity to be ALLOWED on Facebook to appease the trans thought police
Kirby Embarrasses KJP by Not Totally Ignoring Questions on Biden Documents Scandal