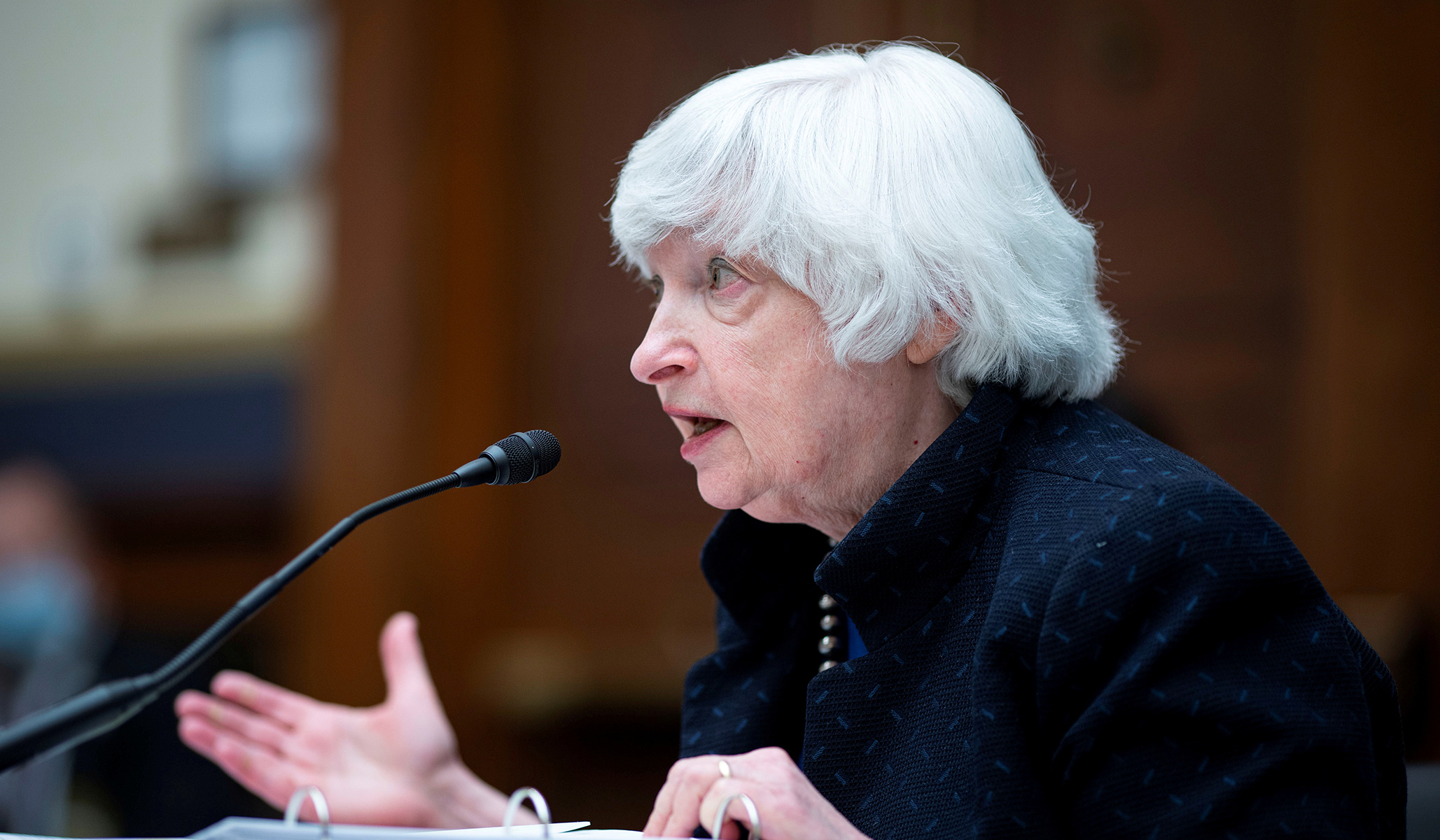 Treasury Secretary Janet Yellen said Sunday that she predicts inflation will persist until the “the middle to end of next year.”

While she acknowledged that current inflation rates are abnormal, Yellen noted that production bottlenecks and other market inefficiencies are at least partly contributing to the price hikes. As for persistent labor shortages, which many Republican lawmakers have attributed to enhanced unemployment insurance, Yellen said health and child care concerns are responsible.

“The COVID shock to the economy has caused disruptions that we’ll be working through over the next year,” Yellen told CNN’s State of the Union. “And, of course, Americans have not seen inflation like we have experienced recently in a long time.”

“This is temporary pains that result from a COVID economy,” she said. “As we get beyond the pandemic, I expect labor supply to increase.”

Addressing the warnings of economists and Republican lawmakers that uncontrolled spending could exacerbate inflationary pressures, the treasury secretary clarified that the bipartisan infrastructure package and the reconciliation bill will be stretched across the next decade therefore muting their inflationary impact.

When asked whether she expects the inflation rate to return to the Federal Reserve’s 2 percent target, Yellen, who served as Fed chair from 2014 to 2018, offered a timeline into 2022.

“Well, I expect that to happen next year. Monthly rates of inflation have already fallen substantially from the very high rates that we saw in the spring and early summer,” she said. “On a 12-month basis the inflation rate will remain high into next year because of what’s already happened, but I expect improvement by the middle to the end of next year – second half of next year.”

Given the chance to respond to former Treasury Secretary Larry Summers, who said he’s growing skeptical of the country’s ability to manage and mitigate inflation, Yellen said she disagrees with Summers and doesn’t “think we’re about to lose control of inflation.”

“I agree, of course, we are going through a period of inflation that’s higher than Americans have seen in a long time, and it’s something that’s obviously a concern and worrying them, but we haven’t lost control,” she specified.

Administration officials have repeatedly insisted for months that current inflation is a transitory phenomenon but prices for key commodity classes in the average consumer basket continue to surge.