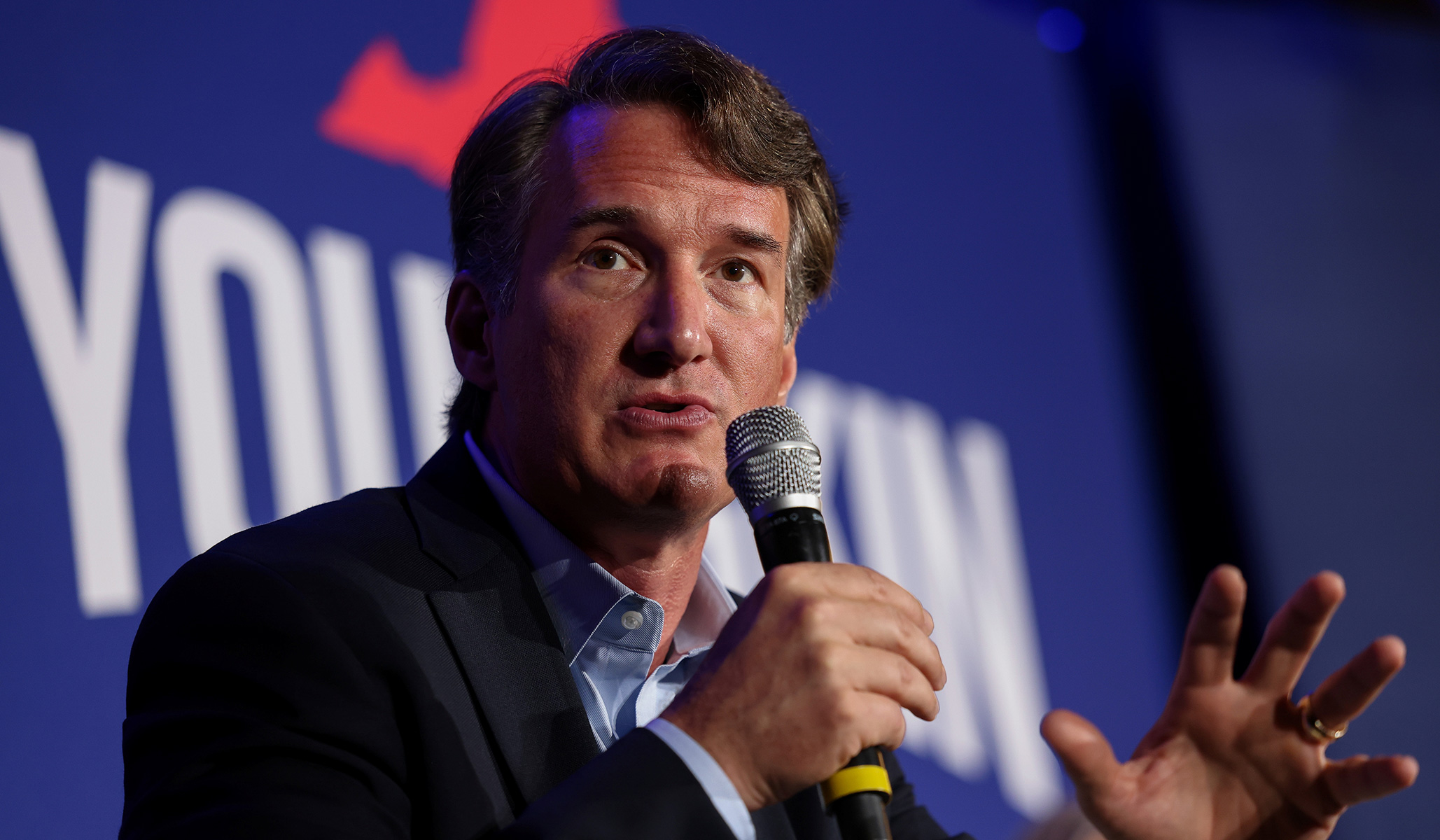 Republican gubernatorial candidate Glenn Youngkin said Saturday that he will ban critical race theory from schools on his first day in office if he is elected governor of Virginia.

“We all know education starts with curriculum,” Youngkin said at a rally on Saturday. “We will teach all history, the good and the bad.”

“America has fabulous chapters and it’s the greatest country in the world, but we also have some important chapters in our history, we must teach them,” Youngkin said.

He added that if he becomes governor, children will not be taught “to view everything through a lens of race.”

“We know in our hearts it’s wrong,” Youngkin said. “Dr. Martin Luther King implored us to judge one another based on the content of our character and not the color of our skin. Therefore, on day one, I will ban critical race theory in our schools.”

Youngkin’s comments come after his Democratic opponent, Terry McAuliffe, controversially argued during a debate last month that parents should not tell schools what to teach.

Parents in Virginia have coalesced to push back against school boards that have implemented various controversial COVID-19 policies, transgender policies, and the teaching of CRT in schools.

During last month’s debate, Youngkin said parents should be more involved in the decisions of local school districts.

“What we’ve seen over the course of this last 20 months is our school systems refusing to engage with parents,” Youngkin said. “In fact, in Fairfax County this past week, we watched parents so upset because there was such sexually explicit material in the library they had never seen, it was shocking.”

He noted that McAuliffe, who served as governor of Virginia from 2014 to 2018, “vetoed the bill that would have informed parents that they were there.”

“You believe school systems should tell children what to do. I believe parents should be in charge of their kids’ education,” he said to his opponent.

The former governor replied that parents would have “had the right to veto books” under the bill he vetoed.

“I’m not going to let parents come into schools, and actually take books out, and make their own decision,” McAuliffe said.

Recent polls show a tight race, with a recent Monmouth University poll projecting a tie of 46 percent to 46 percent among registered voters with a margin of error of 3 percent in either direction.

Tesla car battery ‘spontaneously’ bursts into flames on California highway, firefighters need 6,000 gallons to put it out
PBS Host, Guest Claim Black Memphis Cops Driven by ‘Anti-Black Racism’ in Deadly Beating
Double amputee, who reportedly lost his legs after encounter with police in Texas, shot and killed by police in California
Reap what you sow: Democrats now express regret for skirting norms to boot Republicans from committees
It’s TOO LATE for NATO to win the war against Russia… here’s why