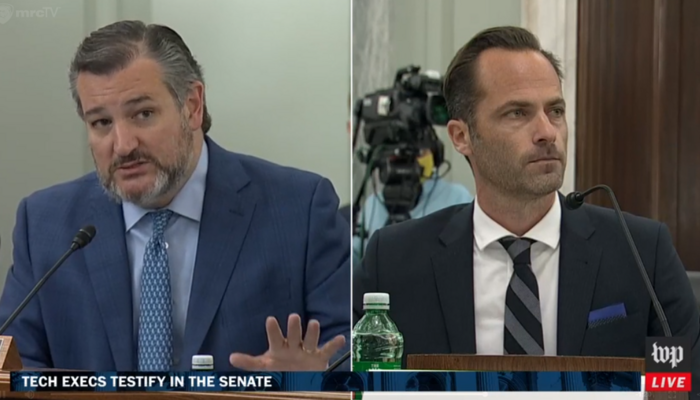 The U.S. Senate hearing on SnapChat, TikTok, and YouTube today made one thing very clear: TikTok does not appear to want to give straight answers about its connection to China. But U.S. Senators took the Big Tech platform to the mat.

U.S. Senators Marsha Blackburn (R-TN) and Richard Blumenthal (D-CT) held a hearing, “Protecting Kids Online: Snapchat, TikTok, and YouTube,” on Tuesday, Oct. 26, 2021. Representatives from SnapChat, YouTube, and TikTok all spoke at the hearing. TikTok and SnapChat’s parent company Snap had never previously testified before the legislative body, according to The Washington Post. TikTok previously turned down requests from Sen. Josh Hawley (R-MO) to testify at Senate hearings both in 2019 and 2020. 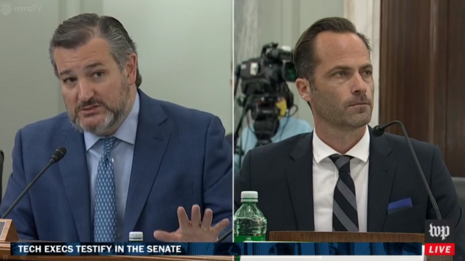 TikTok Head of Public Policy for the Americas Michael Beckerman represented TikTok at the hearing. Senators Ted Cruz (R-TX), Blackburn and Dan Sullivan (R-AK) slammed TikTok for its Chinese ties. Cruz even indicated that TikTok is “participating in Chinese propaganda and espionage.” Beckerman appeared to return evasive answers to the senators.

Senator Cruz noted that TikTok’s privacy policy says it may share all data with its “corporate group” and asked if TikTok’s parent company ByteDance is part of TikTok’s “corporate group.” After two attempts to return an evasive answer, Beckerman finally returned an affirmative response. Cruz then said Beijing ByteDance Technology reportedly has a Chinese Communist Party (CCP) official, formerly a propaganda official, on its board. Cruz asked Beckerman multiple times if Beijing ByteDance Technology were part of TikTok’s corporate group. Beckerman refused to answer either yes or no. “Were you instructed not to answer the question?” Cruz asked. Eventually, Cruz concluded, “[Y]ou’re refusing to answer the question. That does not give this committee any confidence, ah, that TikTok is doing anything other than participating in Chinese propaganda and espionage on American children.”

Blackburn pressed Beckerman hard on TikTok’s Chinese ties too. “I’ve made no secret of my concerns that TikTok, which is owned by Beijing-owned ByteDance, is paving the way for the Chinese government to gain unfettered access to our children and teens,” she said. Blackburn later cited reports that the CCP recently acquired a financial stake and board position for ByteDance. She noted that TikTok’s own policy states that the company may disclose data per government inquiry. Blackburn asked how TikTok could refuse data to the CCP if it were demanded? Beckerman denied that the CCP had any stake in TikTok. Beckerman also said that U.S. TikTok data is stored in America and Singapore. Blackburn subsequently reminded Beckerman that until very recently Chinese Alibaba controlled Singapore data services.

Senator Sullivan joined in the hard-hitting questioning of TikTok. He complained of what he called “kowtow capitalism,” which he said was when Big Tech companies censor Americans to please China. Sullivan said of TikTok, “I think that you guys are exhibit A of kowtow capitalism.” Sullivan cited reports that content objectionable to the CCP, such as Tiananmen Square footage, had been censored on TikTok. Sullivan asked if users can now post content critical of Chinese President Xi Jinping or in support of persecuted Uyghurs or Tibetan independence from China. Beckerman said that such content was indeed allowed, but added the vague proviso, if it’s “not mis- and disinformation.”

Conservatives are under attack. Contact your representatives and demand that Big Tech be held to account to mirror the First Amendment while providing transparency. If you have been censored, contact us at the Media Research Center contact form, and help us hold Big Tech accountable.