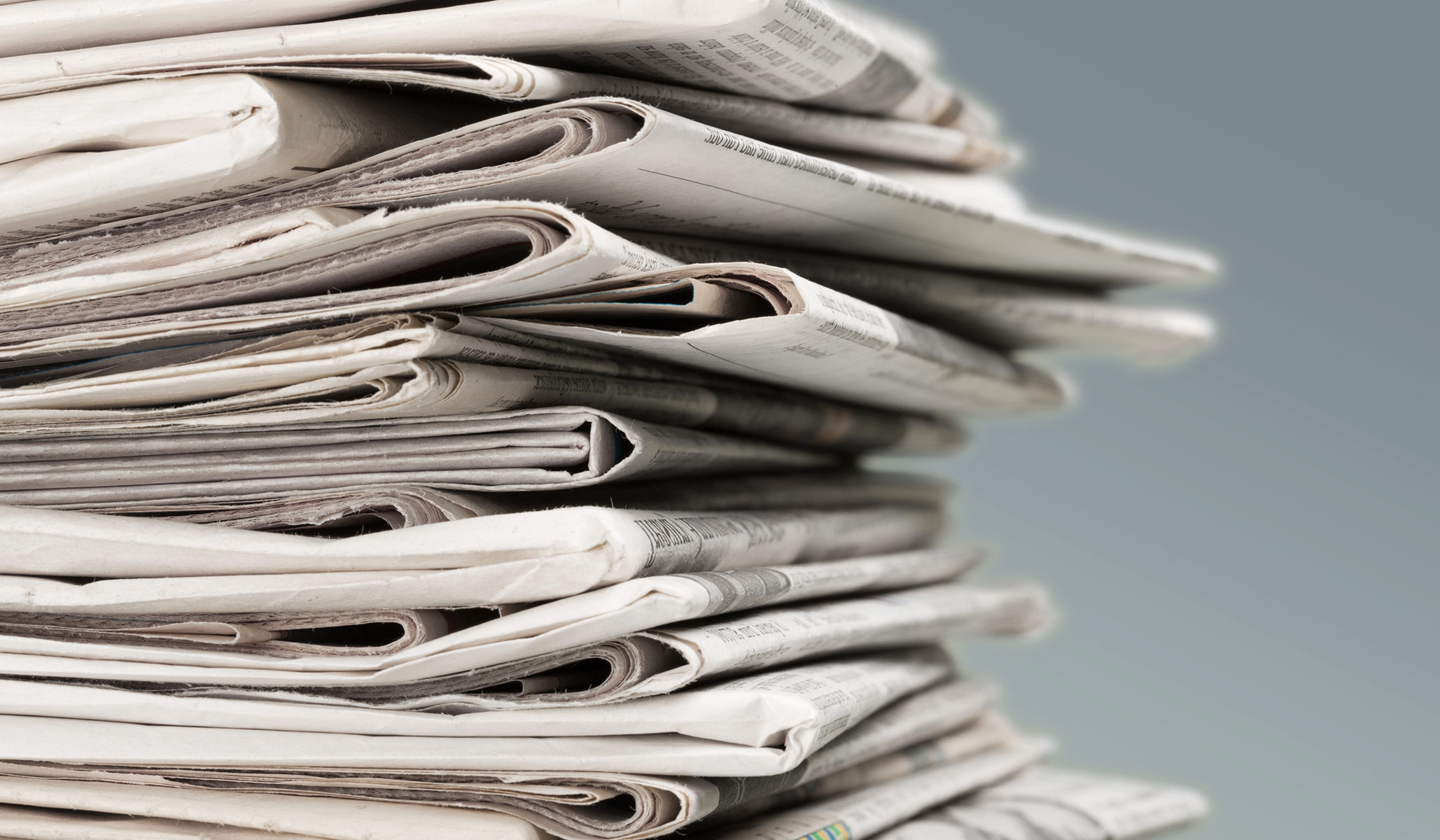 US
The disappearance of local news is just one sign of the decline of the American republic of letters. But we can still try to restore it.

Like a less messy, urbane deer season, the media partake in an annual tradition: the hunt for who killed America’s newspapers. This time around, McKay Coppins of The Atlantic zeroes in on Alden Global Capital, a vulture-like hedge fund that treats newspapers like an extractive industry, picking at corpses until only the skeleton is left.

Coppins’s general argument is good — Alden has little regard for journalism, or for the role that reporting plays in keeping government honest and restrained — but the story is a bit too convenient. It places the death of the journalism industry at the hands of Wall Street fatcats. As the financial bros take over, the story goes, the loss of local or regional owners means there’s little concern for a newspaper as a sustainable entity. It’s an implicit justification of the quixotic newsroom campaigns of late to unionize as a way to boost wages or save the paper.

If only the demise of local journalism as a for-profit industry were so simple. Alden deserves the scorn it gets for its brutish (but profitable) approach. But American journalism faces a crisis bigger than nefarious hedge funds.

The real problem comes from the fall of America as a republic of letters. American civic education hasn’t emphasized the vital role of journalism as the fourth estate, as important to the good society as the separation of powers or checks and balances in the federal government.

Yes, Alden is killing off papers left and right. But why does the hedge fund buy these papers? Because previous owners didn’t see a viable future thanks to an apathetic public. The media industry isn’t blameless. But the problem goes deeper than the journalistic failures of recent years.

Coppins notes this deeper problem, but only in passing:

Beneath all the recriminations and infighting was a cruel reality: When faced with the likely decimation of the country’s largest local newspapers, most Americans didn’t seem to care very much. “It was like watching a slow-motion disaster,” says Gregory Pratt, a reporter at the Chicago Tribune.

The newspaper industry’s decline reflects the decline of civic engagement in this country today. To save it, we’ll need an effort of renewal to restore local institutions and to restore respectability to journalism.

The slow-motion disaster has been building for a while. Blame the schools for ignoring history and the values upon which America is sustained. Blame parents for not teaching the youth about how journalism needs support. Blame adults for not taking their duty as citizens seriously. The reasons for decline vary. But what’s clear is that Americans are reaping what they sowed. Americans know little about their past and don’t take the duties and responsibilities of preserving the republic seriously, even though social media have made them angrier and more opinionated about politics. The apathy of the public about the death of local news points toward possible problems in the future.

It’s also a sign of a nation that, to put it simply, reads less. As Eric Miller noted in Current, “To give up on reading is to give up on America.” The aspirational nature of reading, and the engaged citizenry that it encourages, is fundamental to civil society. The public doesn’t need to follow every minutia of City Hall or how their local County Commissioner approved last week’s land sale. But they do need to care enough to pay a few people to bother with public records and be annoying about government contracts. Too much focus on politics leads to hyperpartisanship and a neglect of local bonds. But too little focus lets the bastards get away with too much. Today, it seems, we have the worst of both worlds.

Ad sales kept papers profitable and hid the decline in the recent past, as did thinner newspapers and fewer journalists at the office, until the current point of vulture media mogul-ism. There’s no conspiracy to kill local news — it’s an American failure to value local journalism as a check on power that also strengthens community bonds.

But journalists themselves are not without blame here either. Instead of noticing a populace that feels entitled to read news stories for free and focusing on the minor issue that few people subscribe to their local paper, journalists and the public are more than happy to tell a story of corporate greed for why journalism is dying. The bogeyman of greed, we are told, could be overcome by better owners, tech investors, unionization efforts, or embracing a public-funding model like in the U.K. or Canada. The fault is in our stars and not us, according to this narrative.

Rejecting that argument need not ignore the pounding taken by the industry in recent decades. The loss of ad revenue to Craigslist and Google/Facebook and the switch to online news would be massively disruptive under any circumstances. Similarly, journalists haven’t exactly served the public well in recent decades, from 9/11 and the Iraq War to coverage of the Trump presidency and COVID-19. Take your pick if you’re looking for press failures.

Yet across those failures, local media have been more reliable than national sources. Ideally, the response to failure is not an utter desertion of newspapers, but a commitment to good journalists and good papers as a counterweight. Reject national news, embrace local news. That hasn’t yet happened. Instead, our current predicament leaves us in a position where good local coverage too often depends on volunteers or energetic young journalists willing to work for a $28,000 salary.

The local-news industry now has the difficult task of winning back a public that doesn’t respect it. National ideologues at CNN, the Washington Post, the New York Times, and others on the left and right have made the job harder. Nor is that task new — a lifetime ago, Tucker Carlson was booed at CPAC for suggesting the right needed its own version of the New York Times – but now it’s more dire than in 2009.

All is not hopeless, however. As newsrooms shrink and local news disappears, more people have realized its importance. Absence, and money-laundering by local officials, tends to make the local paper seem more important. Local and state journalists continue to do great work that susses out government and corporate mischief. The trend of “op-ed as news” is powerful on the national level, but so is strong reporting on the local level. Some outlets are better at explaining their value to the public, showing how they serve the public good.

While local news hasn’t faded beyond a chance for redemption, the deeper problem of civic duty remains, no matter what happens to the news. The duties and responsibilities of American citizenship need to be nurtured, and it’s not a quick fix brought by legislation.

How many college students feel a bond with American literature, or a historical moment? More important, how many of us engage seriously with the American republic, regardless of our income or status? How many feel like their lives are stable and connected to their communities so they can engage with their neighbors and make life better for those around them? The health of local journalism has a political aspect to it, but it has a cultural component, too. These questions go back to building a good society, and the death of the local paper warns of the danger ahead. Conservatives need to notice and take action.

First, conservatives need to read more local and state news and less national news. The outrage rags are popular, but they do little beyond ginning up anger and funneling cash to political actors. Local journalists need support. Conservatives also need to teach their children to value local news, engage with local issues, and support the paper by writing letters to the editor. Model good citizenship for the next generation.

Third, conservatives need to renew community groups that instill in their members a sense of duty and responsibility. Without those fundamental values, young people won’t understand the importance of engaging locally nor how local news is a part of responsible citizenship. Many journalists pursue journalism because they see its importance in making society better or keeping leaders honest. But they’ve failed to keep the flame alive as other members of society have become less engaged. Fake news or disinformation isn’t as big of a threat to the future of journalism as the disappearing values of citizenship in society at large.

The future of local news won’t look exactly like its past. But neither must we be stuck with the woes of the present. Recognizing the deeper problems at hand will help us build a better future.