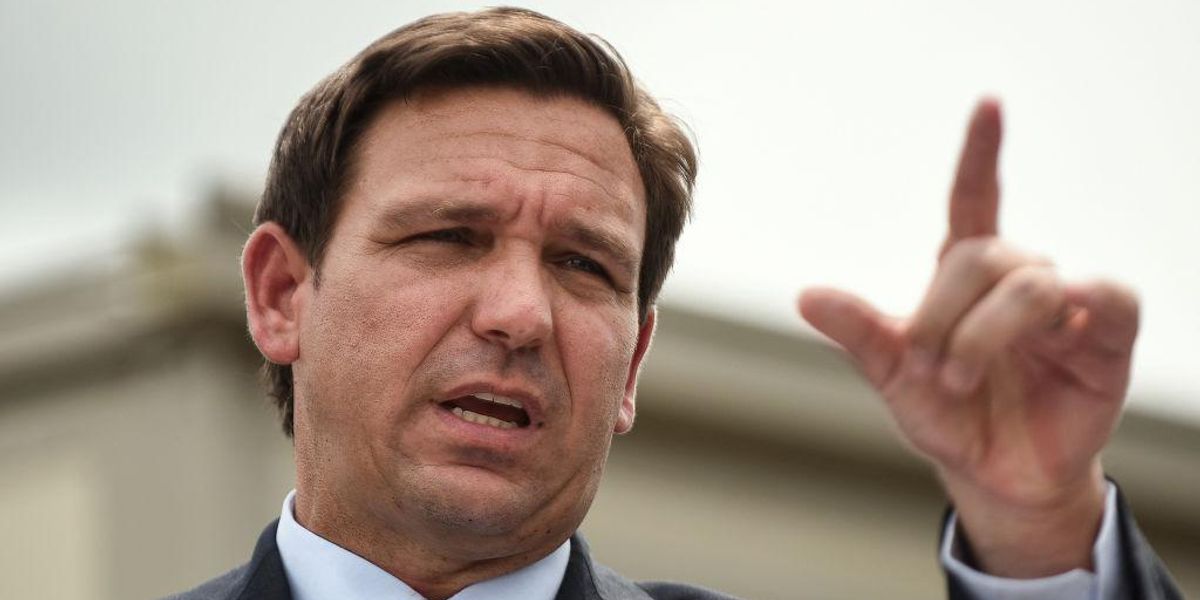 Florida Gov. Ron DeSantis (R) drew standing applause at an event attended by prominent Capitol Hill Republicans after declaring, “I’ve only begun to fight” against attacks from the mainstream media.

Speaking at the 2021 Daily Caller News Foundation Gala on Tuesday evening, DeSantis, a speculative 2024 presidential candidate, called on Republicans and conservatives to be courageous and stand up to the press, which has promoted false narratives about his administration and others on the right.

“When a society like ours is veering away from the truth like we are, those that stand up and tell truth will face fire,” DeSantis said. “That type of society goes after the truth-tellers more than anything because they understand those who tell the truth represent a threat to their power. In times like these, there is no substitute for courage.”

A portion of the governor’s remarks were captured on video and posted to Twitter by Jack Posobiec, a senior editor at Human Events. In the video, Senate Minority Leader Mitch McConnell (R-Ky.) is seen attending the gala, and at the conclusion of DeSantis’ speech he stands and applauds with others.

DeSantis, who has faced relentless criticism from the media over his handling of the COVID-19 pandemic — particularly his opposition to lockdown policies and mask or vaccine mandates — told the audience that journalists “display partisanship” and “blind the American people from the actual truth.”

He blasted liberal journalists for promoting “a fake conspiracy theory” that former President Donald Trump colluded with the Russian government to win the 2016 election, accusing the press of trying to “gaslight” Americans who are concerned about the integrity of the 2020 election.

“You’ve got a press that for over two years created a fake conspiracy theory involving Russian collusion. I was in Congress when that started. I was only one of a handful of people who knew that was BS from the beginning. But they did it. And they milked it. And was all because they disagreed with the outcome of the 2016 election,” DeSantis charged.

“They talk about complaining about the 2020? They never accepted Donald Trump. They created and manufactured a conspiracy theory to try to drive him out office and to kneecap him and his presidency and we know it was false. We know that there was no truth to it.”

“Have any of them actually apologized?” DeSantis said. “Heck, have any of them even said, ‘We were wrong about that’? No, they give each other awards. They actually award Pulitzer Prizes for reporting false stories.”

The governor said Americans live in “Orwellian times” and that leaders need to have “courage in the face of a dishonest press. Courage to stare down things like cancel culture. Courage to speak up for those in America, many of whom don’t have a voice.”

To illustrate his point, DeSantis told a story about Winston Churchill.

“Winston Churchill told a story during the appeasement in the 1930s when he was in the Parliament,” the governor said. “And he talked about when he was a kid, the Barnum & Bailey was coming to town and there was an act that was just too grotesque for human eyes. His nanny wouldn’t let him go see it. It was called the ‘boneless wonder.’ And he said, ‘I think now, where is this boneless wonder?’ He said it’s now no longer in the circus; it’s in the front row of the House of Commons. These are people that weren’t standing up against Adolf Hitler.”

“So right now, conservatives, we don’t have time for boneless wonders,” DeSantis proclaimed. “You get elected to office, you need to be willing to stand up. Stand up against the press,” he said to applause from the crowd.

The governor continued: “You stand up and you’re strong in your convictions, there are millions and millions of people out there that will be with you forever. The minute you go up there and you’re scared of the media, you’re scared they’re going to say bad things about you and you cave, those voters have no use for you after that.

“So I can only tell you for me, I’m gonna keep walking the line. I am gonna stand my ground. I am not backing down. We’ve accomplished an awful lot in the state of Florida, but I can tell you this: I’ve only begun to fight.”