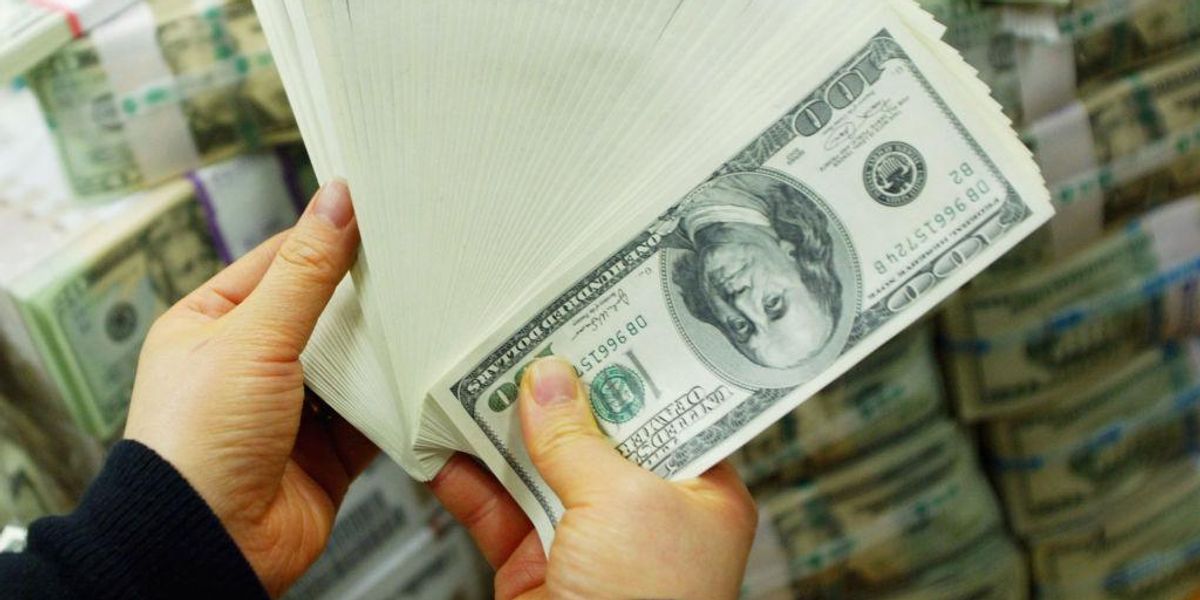 The Biden administration is in discussions to offer about $450,000 of compensation per person to immigrant families split up under the Trump administration, according to individuals familiar with the issue, the Wall Street Journal has reported.

The outlet said multiple agencies are working “to resolve lawsuits filed on behalf of parents and children who say the government subjected them to lasting psychological trauma.”

The U.S. Departments of Justice, Homeland Security, and Health and Human Services are mulling payments that could total close to $1 million per family, but the final figures could change, the individuals acquainted with the issue said, according to the outlet.

Most of the families that unlawfully crossed the border from Mexico to pursue asylum in America had just one parent and one child, the individuals said. “Many families would likely get smaller payouts, depending on their circumstances, the people said,” according to the Journal.

“The American Civil Liberties Union, which represents families in one of the lawsuits, has identified about 5,500 children separated at the border over the course of the Trump administration, citing figures provided to it by the government,” according to the outlet. “The number of families eligible under the potential settlement is expected to be smaller, the people said, as government officials aren’t sure how many will come forward. Around 940 claims have so far been filed by the families, the people said.”

The Journal noted that the entire possible payout could be $1 billion or higher.

Immigration authorities separated youth, with ages spanning from infants to teens, from their parents in 2018 after they had unlawfully entered from Mexico to seek asylum in America, according to the outlet.

“In some cases families were forcefully broken up with no provisions to track and later reunite them, government investigations found. The lawsuits allege some of the children suffered from a range of ailments, including heat exhaustion and malnutrition, and were kept in freezing cold rooms and provided little medical attention,” the outlet noted.

The Journal reported: “In recent months, lawyers for the families and the government have told courts overseeing the cases that they are engaged in settlement negotiations and hoped to reach a deal by the end of November.”

The concept of doling out taxpayer dollars to individuals who illegally entered the U.S. is not sitting well with some Americans.

Rep. Dan Crenshaw (R-Texas), a veteran whose right eye was destroyed by an IED blast in Afghanistan, said that when a service member is killed in action the insurance payment to their next of kin is just $400,000.

“Biden wants to pay illegal immigrants $450,000 for their hardship while breaking our laws. For perspective, if a service member is killed in action, their next of kin gets an insurance payment of $400,000. Let that sink in,” Crenshaw tweeted.

“That is $450,000 for each member of a family! When does the hard working American who plays by all the rules, get to keep what they earn and not constantly ‘shat’ upon everyday all day by the Washington and media elites?! STOP STEALING OUR MONEY,” Blaze Media’s Glenn Beck tweeted.

That is $450,000 for each member of a family! When does the hard working American who plays by all the rules, get… https://t.co/4ATdIr76uC

EXCLUSIVE: Google Harms Viewers, Erases Project Veritas & Pfizer Vid
Police search for criminals who killed 74-year-old New York woman, leaving her tied, bound, and gagged in her apartment
Germany and U.S. at Loggerheads Over Supplying Tanks to Ukraine
Pro-Abortion Protestors: ‘Give It Anesthesia and Suck It Out’ | MRCTV on the Street
NEW NewsBusters Podcast: Tweaking Pro-Abortion Killjoys at the March for Life