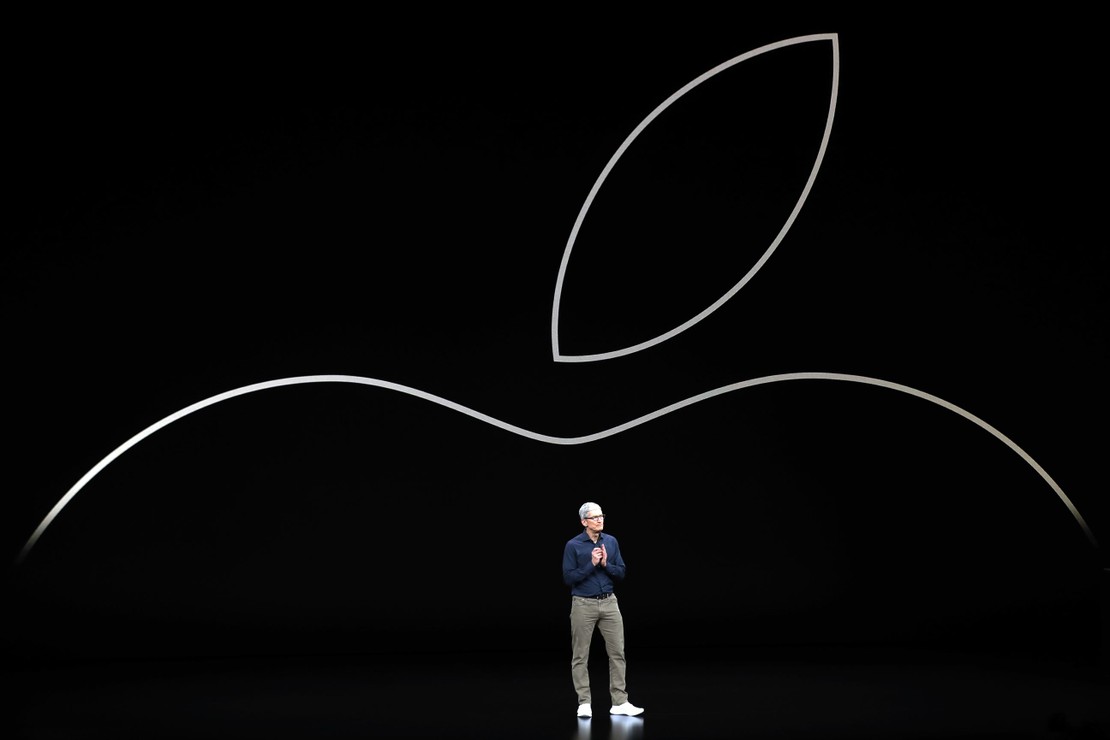 Apple may be best known for its computers and the iPhone. But according to a new report from Hot Hardware, the Cupertino, Calif.-based technology company is looking to transform the augmented reality (AR) market. Traditionally, augmented reality and virtual reality hardware has relied on headsets that project an environment onto a lens. Apple is developing technology that will “beam” images directly onto users’ eyeballs.

Does this sound familiar? If you’ve ever read Ready Player One by Ernest Cline, it might ring a bell. At the center of the bestselling 2011 sci-fi novel is a gaming console called the OASIS, which similarly projects a virtual reality environment.

“The wireless one-size-fits-all OASIS visor was slightly larger than a pair of sunglasses. It used harmless low-powered lasers to draw a stunningly real environment of the OASIS right onto its wearer’s retinas, completely immersing their entire field of vision in the online world,” explains Wade Watts, the protagonist of Ready Player One. “The visor was light-years ahead of the clunky virtual-reality goggles available prior to that time, and it represented a paradigm shift in virtual-reality technology …”

To fans of the novel, Apple’s research into this concept is, without a doubt, exciting. The future is here, and advanced technologies are moving from the pages of science fiction to the real world faster than ever.

However, technology nerds might want to pause and remember how Google Glass was supposed to be a transformative product. The prototype was launched in a limited release in 2013 for $1,500 before becoming available to the public a year later. The project was canned in January of 2015 but eventually reborn in 2017.  The latest edition of the product, Google Glass Enterprise Edition 2, came out in 2019. Unfortunately, the device hasn’t quite transformed our lives the way smartphones and smartwatches have—not yet, anyway.

The original launch of Google Glass was plagued with problems, and Apple will hopefully learn from the mistakes Google made. Apple hopes to avoid the side effects people sometimes experience with AR and virtual reality, namely headaches and nausea. The patent for their retinal projection AR defines the problem as “accommodation-convergence mismatch,” which can cause some users to experience eyestrain. Apple hopes that its “Direct Retinal Projector” will resolve those issues, which could greatly expand the accessibility of AR and VR.

“By projecting images directly onto the wearer’s eyes, Apple says this will mimic how light normally [hits] our eyeballs,” explains Hot Hardware. “Apple recognizes that the patent does not cover all the issues that may arise from doing this, such as the strength of the projection and brightness of the light source.”

Apple is also looking into making its product lighter and more comfortable.

Related: We Have Technology, But Do We Have the Wisdom to Handle It?

Many believe this technology is still in the early stages of development, and as with many Apple patents, there’s no guarantee that this research will result in a product for consumers. However, I’d put my money on Apple putting out a product eventually. Google and Facebook Meta both have AR/VR products, and Apple certainly won’t want to miss out on capturing a slice of that market. Whether consumers will be open to the idea of having images beamed directly onto their retinas, however, is a whole other question. It might offer a fully immersive experience, but how safe will the technology be?