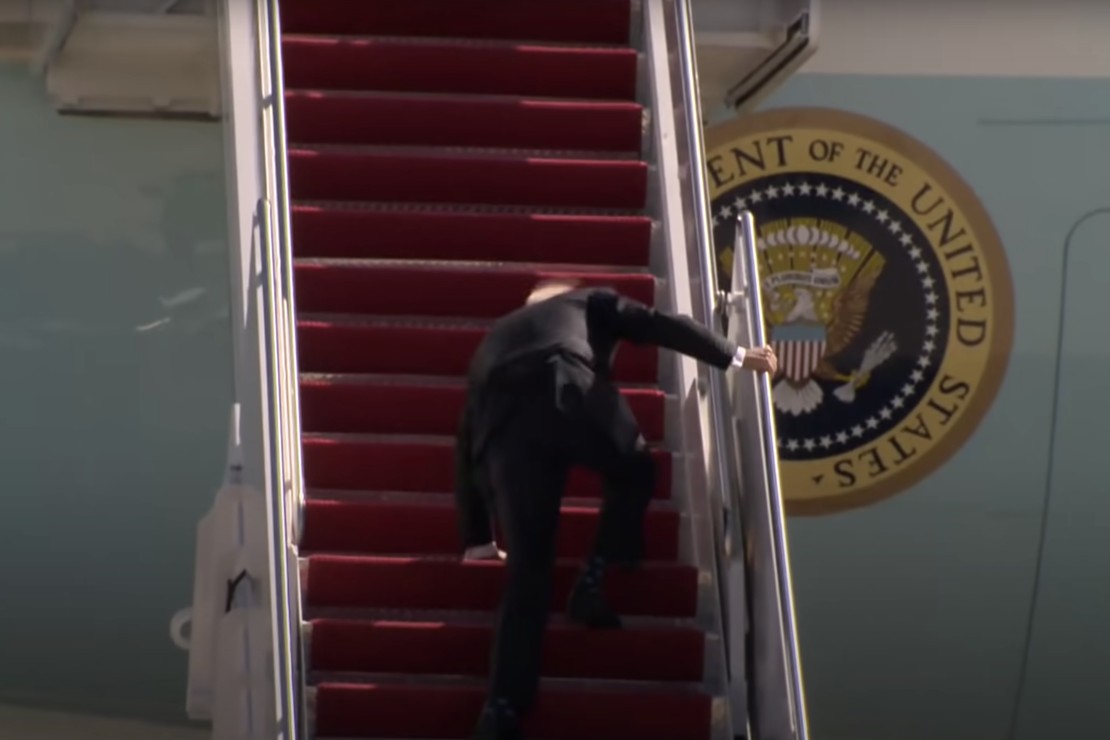 It’s a grand tradition of the liberal media, when Democrats are in charge and everything goes to hell, to fault Republicans for having the audacity to “pounce” on the situation and exploit it for political gain.

The latest example of this phenomenon comes from an article in Politico which warns Democrats it’s not just Republicans who “are assigning responsibility to the administration for the rocky economic recovery.”

“The U.S. economy is growing at its slowest pace since the recovery began,” Politico’s Megan Cassella concedes. “Faster inflation is likely to linger well into next year. Millions remain unemployed even as small businesses struggle to hire workers.” … Wait for it … “And Republicans are readying attacks on President Joe Biden over all of it.”

Ding! Ding! Ding! We have a winner! It’s those rotten Republicans again!

“GOP lawmakers and strategists are seizing on [the] news Thursday that the economy expanded at an anemic pace in the third quarter to slam Biden and the Democrats, accusing them of bungling the recovery from the pandemic recession and then piling on trillions of dollars in spending programs.”

How dare they accuse Democrats of bungling the recovery!

Cassella continues to not so subtly criticize Republicans for deigning to make the economy an issue of the campaign.

“Republicans plan to put economic issues front and center in the 2022 midterm campaigns by highlighting the soaring price of gasoline and some groceries and blaming Democrats for driving up inflation,” she writes. “It’s a double-barreled attack designed to zero in on the pain American consumers are feeling while ginning up opposition to legislation that Biden is hoping will become the linchpin of his economic agenda.”

Cassella’s attempt to counter Republican attacks falls painfully flat. She cites Biden administration talking points, which insist that inflation data “must be looked at in the broader context of an economy that is recovering, with wages rising and Americans continuing to return to work.”

Blame Republicans for pointing out the economy is bad? Check.

Blame Americans in general for not looking at the big picture? Check.

She also quotes a White House official who insists that the economy ain’t so bad, and defends job and economic growth as “well above anything President Biden’s predecessor ever imagined,” clearly employing the strategy of taking credit for jobs created by the reopening of the economy—a strategy so outlandish that even the Associated Press has called Biden out for it.

And then there’s an obligatory quote from White House economist Jared Bernstein, predicting that economic growth will jump back up in the fourth quarter.

That’s a cute story. Was he also the one who came up with the whole “the $3.5 trillion spending plan won’t cost anything because it’s already paid for” line, too? Pardon me while I scoff at his prediction.

What really bums out Cassella, however, is that it’s not just Republicans who are blaming Biden and the Democrats for the bad economy. Polls show that confidence in Biden’s ability to shore up the economy has declined the most among Democrats and independents. Not once, however, did the reason for this seem to occur to her.

I’ll give her a hint: it’s not the fault of Republicans.

UNBELIEVABLE: Urgent Care Physician Warns of Stroke Season After Flu Season (VIDEO)
Scarborough PRAISES Biden Spokesman for Stonewalling Mika on Classified Documents!
Rep. Jim Jordan Says House Will Investigate Big Tech-Gov’t Joint ‘Attack’ on Free Speech
‘His art gives us hope’ Art dealer claims Hunter Biden ‘will become one of the most consequential artists in this century’
It Looks Like Biden Is ‘Wagging the Dog’ With Ukraine to Distract From Garage-gate