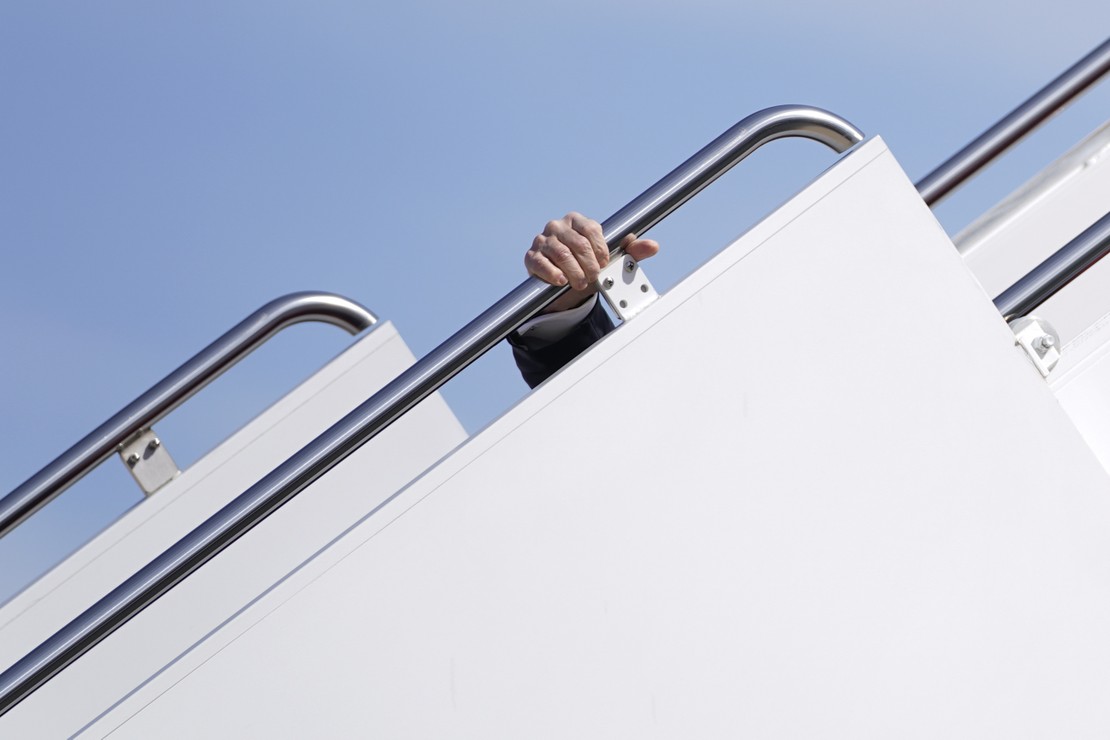 For as long as I’ve been following politics, the political left has embraced virtually every form of nastiness and vulgarity possibility. Yet, as Biden stumbles his way through the most inept presidency in history, the popularity of “F*** Joe Biden!” and “Let’s go, Brandon!” has triggered the left, who suddenly think vulgar slogans are not for those who should be taken seriously.

“Democrats clear the way for passage of a $1.2 trillion infrastructure bill that will provide broadband Internet and lead-free drinking water to every American, and better roads, bridges and ports for all to enjoy. And Republicans reply: Let’s go Brandon,” notes Dana Milbank of the Washington Post. “Could the contrast be any greater? Half of America’s leaders are trying to govern, and the other half are hurling vulgarities.”

Oh, you don’t say? Was Milbank asleep during the Trump presidency when “F*** Trump” banners and bumper stickers were all the rage, as was chanting it at sporting events, and liberals were defending it as free speech?

Remember when Robert De Niro got a standing ovation at the 2018 Tony Awards for saying, “I’m going to say this: F*** Trump.”

There was even a “F*** Trump” art show in Los Angeles last year. But that was edgy counter-culture or something. Suddenly, passionate opposition is beneath the dignity of American citizens.

According to disgraced journalist Dan Rather, the popularity of “F*** Joe Biden” and “Let’s go Brandon” is about “much more than political passion or anger.”

“It’s about weaponizing the vulgar dehumanization of our entire democratic – small d – experiment,” Rather explains in a piece written with producer Eliot Kirschner. “Joe Biden is not only a person; he is the President of the United States, whether your tinfoil-shrouded conspiracy brain cares to recognize that fact or not.”

Oh, and what was Donald Trump? What was George W. Bush when the left spent eight years calling him “Chimpie” and “Bushitler.” Their humanity and office didn’t protect them from being the targets of vulgar criticism — or a fake hit piece.

Vulgarity against Republican presidents has long been considered appropriate by the left and the media. Funny how that works. Criticizing Democrats, however, somehow manages to always be beyond the pale. Heck, for eight years, if you didn’t support Obama’s policies, you were branded a racist. Now, if you point out how Biden doesn’t seem to know his backside from his elbow, you’re mocking him for being elderly. To them, the problem isn’t that we have a president who isn’t mentally competent for the most demanding job in the world; it’s anyone who points out that fact.

Using John McCain’s age against him in 2008, however, was fair game. So was comparing him to Hitler.

But, the phrase “Let’s go, Brandon” is now the most offensive phrase in politics?

“This chant perfectly encapsulates the rot and unseriousness of the Republican party,” laments Rather. “Like the smart-alec in the classroom who adds nothing but juvenile taunts and distractions. And let’s be honest, it isn’t just this chant. Go back to the t-shirts sold at Trump rallies in 2016 and what they said about Hillary Clinton, or for that matter, the merchandise showcased at Trump rallies today.”

Yes, I’m sure Trump merchandise stole the innocence from Dan Rather.

Politics has gotten nasty over the years, but “Let’s go, Brandon” is really tame next to, say, Democrats advocating for “reeducation” camps for Trump supporters, or Kamala Harris joking about killing Trump or Pence in an elevator, or the repeated labeling of every Republican presidential candidate of at least the last thirty years as Hitler.

The real problem the left has with “Let’s go, Brandon,” has nothing to do with vulgarity or some newfound respect for the office of the president regardless of who holds it, but the organic nature of its popularity that took it from a viral meme to a cultural phenomenon. “Let’s go, Brandon,” represents the turning of the tide against the left’s power as a nation rejects the failure of Biden’s policies.

A Surprise Resignation in Wellington
Rep. Jim Jordan Says House Will Investigate Big Tech-Gov’t Joint ‘Attack’ on Free Speech
Can this be legal? California Dems planning ‘wealth tax’ that applies even if wealthy flee to another state
Obama urges promotion of ‘reproductive rights’ for the sake of ‘future generations’
Lisa Marie Presley and the Other Side of Fame