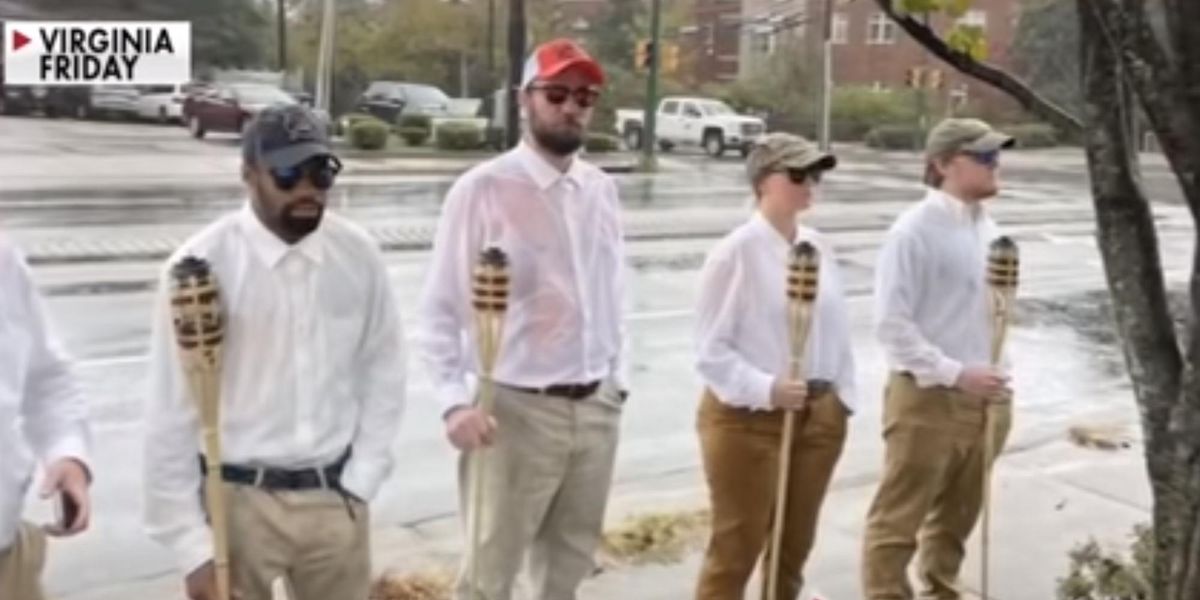 A report documenting how a doomed tiki torch political stunt imploded and backfired on Democrats was contradicted by a reporter who undermines a key claim.

Days before the Virginia gubernatorial election, five people carrying tiki torches stood in front of the campaign bus for the Republican candidate and claimed to be supporters of his. Media figures and Democratic activists immediately condemned then-candidate Glenn Youngkin over the demonstration.

That endeavor blew up in their faces when they were identified by online sleuths as liberal activists pretending to be white supremacists in order to damage Youngkin.

Hours later the Lincoln Project, a liberal anti-Trump organization of former Republicans, claimed responsibility for the bizarre political stunt. They were excoriated and abhorred by many on the left and right.

On Wednesday, emails shared with The Intercept appeared to show that the organizers never intended for the stunt to be taken seriously, and the report claimed that they believed it would be seen for what it was from the beginning.

But among the key claims in the report is that the leader of the tiki torch-bearing activists was going to acknowledge to reporters that they were aligned with the Lincoln Project.

Only questions to be answered are:
Who are you with? We’re here with the Lincoln Project.
And Why are you here? We’re here to remind Virginians what an endorsement from Donald Trump really means
No comment for any other questions.

Whether that was the intent or not, that’s not what happened, according to Jim Bourg, the news picture editor of Reuters, who tweeted in response to someone accusing the media of not asking enough questions.

“Except this is simply not true. We repeatedly asked them individually their names, who they were with and what group if any they represented and they would not say anything at all,” tweeted Bourg.

Whatever the intent of the stunt was, it was roundly condemned and became part of the story behind Youngkin’s surprising victory on Tuesday over Democrat McAuliffe.

‘Mukbangs’: Not #BodyPositive
Diversity Day: Journos Lobby for Minority Chief of Staff, Cops Having ‘Comfort’ With Violence
China Accuses U.S. of ‘Reckless Warmongering’ After Leak of Memo Predicting War With Beijing by 2025
Ron DeSantis reportedly preparing for 2024 presidential run. A ‘more angry’ Donald Trump takes shot at ‘disloyal’ Florida governor.
You Won’t Believe Who Google Laid Off (Or Maybe You Totally Will)