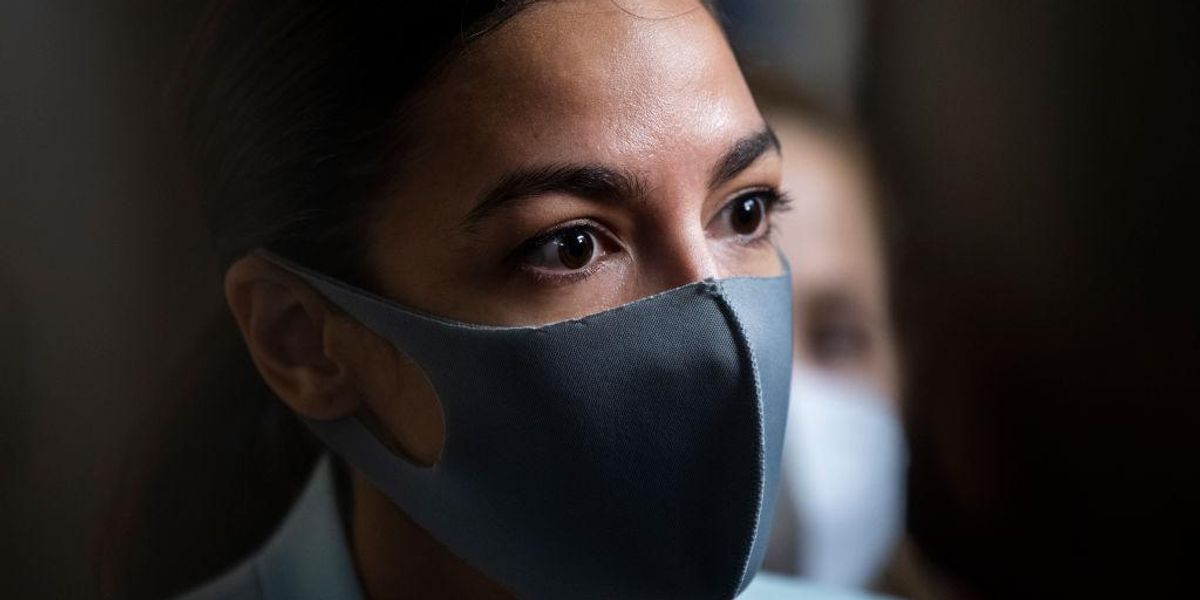 The New York lawmaker acknowledged in an Instagram story this week that the Republican Party’s sweep of three statewide races was a “huge bummer” but stressed there exists a silver lining for the progressive wing of the party.

The losses even amounted to “good news,” she suggested, because they proved that Democrats need to run on far-left progressive principles in order to win.

“On the election front, I actually think we have good news as well,” Ocasio-Cortez said in the video. “I know that Virginia was a huge bummer. And honestly, if anything, I think that the results show the limits of trying to run a fully, 100% super moderated campaign that does not excite, speak to, or energize a progressive base, and frankly, we weren’t even really invited to contribute on that race.”

.@AOC finds a silver lining in Virginia election losses.nnu201cI think that the results show the limits of trying to run a fully 100% super moderated campaignu201dpic.twitter.com/NjjiQQ5uU7

Ocasio-Cortez went on to blame the party’s supposedly inadequate response to “race-baiting” from the right.

Saying “little” or “nothing” about race-baiting only “demoralizes the base,” she argued, adding that “silence” on these issues also cedes “white swing voters” to the Republicans.

The progressive lawmaker mostly stopped her criticism there, though, recognizing that the party needs to be united in order to pass President Joe Biden’s massive “Build Back Better” social spending package.

.@AOC then claims u201cIu2019m not trying to start beef with people.u201dpic.twitter.com/GeEu2WkEI2

She did manage to call the claim that progressives lost Virginia for the Democrats a “clown argument.”

It’s safe to say Ocasio-Cortez’s argument is well outside the mainstream. Many pundits blamed the Democratic Party’s losses in the commonwealth on Americans’ dissatisfaction with the party’s drift to the radical left.

In Virginia, it’s likely that voters were particularly disenchanted with the left’s push for race-based curriculum, extensive COVID-19 lockdowns, and transgender-affirming policies in schools.

Democratic strategist James Carville blamed “stupid wokeness” for the Democrats’ peril on Tuesday, arguing “these people need to go to a woke detox center or something.”

The New York Times editorial board called the results “a grave marker of political peril” as “Democrats, looking left on so many priorities and so much messaging, have lost sight of what can unite the largest number of Americans.”

“What is badly needed is an honest conversation in the Democratic Party about how to return to the moderate policies and values,” the Times board argued.

“That’s right, Dems. The answer is to run more progressive candidates and campaigns. Go with that. Test that theory at scale. We’re begging you,” wrote political commentator Drew Holden on Twitter.

Finally, columnist Karol Markowicz quipped, “She’s right. Democrats should invite AOC to campaign for them in every state.”