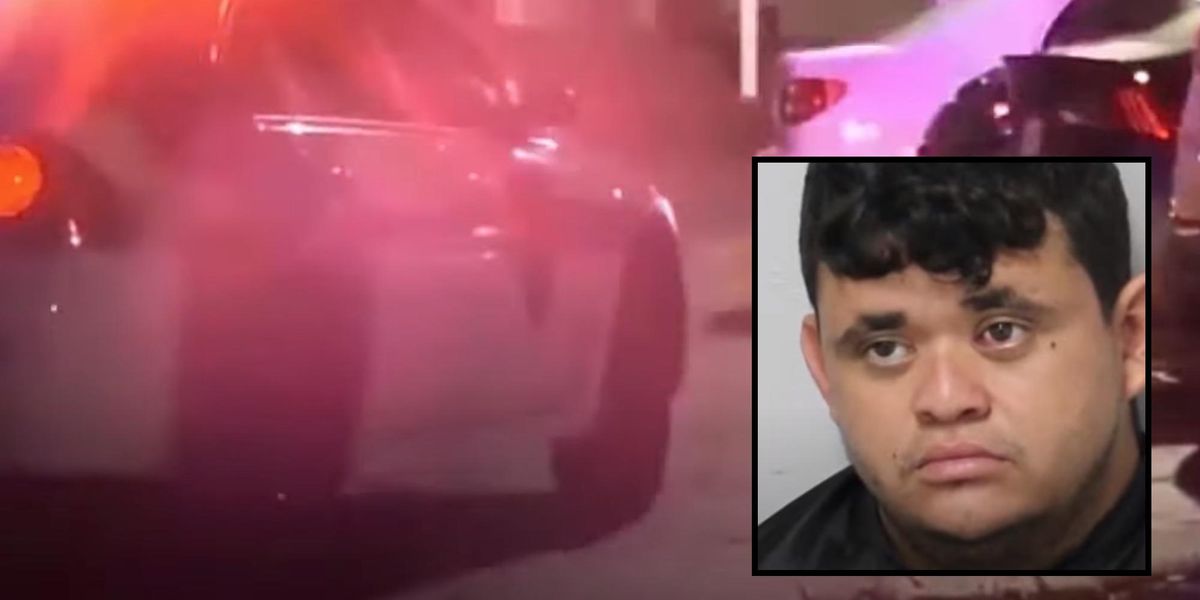 An illegal alien who allegedly posed as an unaccompanied minor at the border is charged with allegedly stabbing and murdering a man he stayed with after he was found wandering while “covered in blood.”

The startling incident unfolded in Jacksonville, Florida, on October 7.

Police responded to a report of a man in his early twenties seen covered in blood walking along a road. When they found him, he told authorities he was 17 years old and that his name was Reynel Alexander Hernandez.

They tracked the blood back to a home where they found Francisco Javier Cuellar, 46, stabbed to death. The father of four had taken in the immigrant, who was living in his home.

Police say that he was lying about his identity and that he was, in actuality, a 24-year-old named Yery Medina-Ulloa who immigrated to the U.S. illegally from Honduras just months before the incident.

The Jacksonville Sheriff’s Office also said that surveillance video from inside the home captured the lethal incident. They also recovered a knife from the area where Medina-Ulloa had been walking.

A woman identifying herself as the mother of Medina-Ulloa told Univision, the Spanish language network, that her son had told her he had taken someone else’s name to cross the border.

She said he told her that he was staying with his “uncle,” which apparently referred to Cuellar.

Cuellar’s 18-year-old daughter, MaryCarmen, told the New York Post that Cuellar had picked up Medina-Ulloa from the airport and put him to work at their family store.

“My dad told me one day he was going to the airport, and then this guy came out of nowhere and was at work the next day,” she said. “I didn’t really ask questions.”

She went on to say that she believes her father was asked to help the man because of their poverty.

“We feel that someone asked my dad to do it,” she said. “My dad was really compassionate like that, he would help someone who needed it.”

The incident raises suspicions that the lax immigration policies of the Biden administration have already to tragic consequences for Americans.

“This horrific crime is the latest example of how unfettered illegal migration costs Floridians’ lives,” read a statement from DeSantis’ office to the Post.

“How many more lives will be lost before the Biden Administration decides to uphold the law?” he added.


Man arrested in stabbing case to appear in court