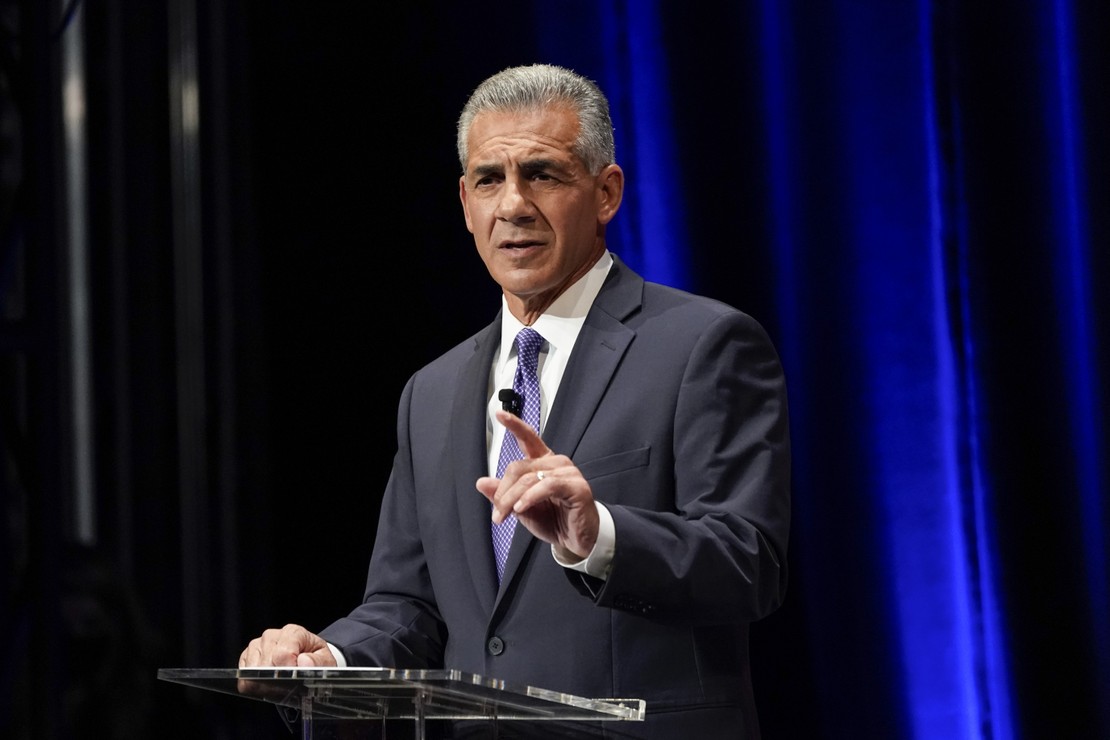 It seems like we go through this every election. I spent the majority of 2016 convinced Donald Trump would lose the election easily because that’s what the polls said. Still, as much as those of us who repeatedly encourage people to ignore polls and point out how wrong they often are, political junkies can’t stop. It’s impossible to ignore polls in the age where data is king. Maybe polls aren’t accurate, but they give us something to go on.

And something is better than nothing. Even when something turns out to be wrong. In New Jersey, polls consistently showed incumbent Democrat Phil Murphy with a sizable lead. His final RealClearPolitics spread was +7.8. Yet, with 99 percent of the vote in, Murphy only leads by 1 point. The results were so far off that Patrick Murray, director of the Monmouth University Polling Institute, apologized for a poll six days before the election showing Murphy had an 11 point lead over Republican Jack Ciattarelli.

Related: Is It Time to Get Rid of Election Polling Altogether?

“I blew it,” Murray wrote in an op-ed for The (Newark) Star-Ledger. “The final Monmouth University Poll margin did not provide an accurate picture of the state of the governor’s race. So, if you are a Republican who believes the polls cost Ciattarelli an upset victory or a Democrat who feels we lulled your base into complacency, feel free to vent. I hear you.”

“I owe an apology to Jack Ciattarelli’s campaign — and to Phil Murphy’s campaign for that matter,” Murray continued. “Because inaccurate public polling can have an impact on fundraising and voter mobilization efforts. But most of all I owe an apology to the voters of New Jersey for information that was at the very least misleading.”

Monmouth was hardly alone in predicting an easy victory for Murphy. New Jersey was barely on anyone’s radar because the race wasn’t seen as competitive.

This is likely due to flaws in election polling, which Murray explains:

The difference between public interest polls and election polls is that the latter violates the basic principles of survey sampling. For an election poll, we do not know exactly who will vote until after Election Day, so we have to create models of what we think the electorate could look like. Those models are not perfect. They classify a sizable number of people who do not cast ballots as “likely voters” and others who actually do turn out as being “unlikely.” These models have tended to work, though, because the errors balance out into a reasonable projection of what the overall electorate eventually looks like.

So, election polling is hardly an exact science. But, while the polls were overwhelmingly wrong in New Jersey, they seemed to be spot on in Virginia. Despite having a sizable lead for most of the campaign, Terry McAuliffe’s lead eventually dwindled down to a virtual tie before Youngkin took the lead in the RealClearPolitics average. The final spread was +1.7 for Youngkin, and he ended up winning the election by 2.5 points.

So, sometimes polls are wrong. Other times they’re reasonably close. Sometimes they are spot on. The lesson here is always to vote as if your vote matters.

‘Diversity, Equity, Inclusion and Social Justice’ course mandatory for SUNY students to graduate
Rhode Island assistant principal asks for donations to help student pay off ‘coyote’ who smuggled him into the US
David DePape confesses to hammer attack in interrogation audio, issues chilling new statement: ‘So sorry I didn’t get more of them’
PBS Lobbies for Blood Donation by Gay Men as an ‘Equal Rights’ Issue
Philly bus driver reportedly thwarts carjacking by barreling toward crooks with his 40-foot vehicle, blocking their escape, and scaring them away