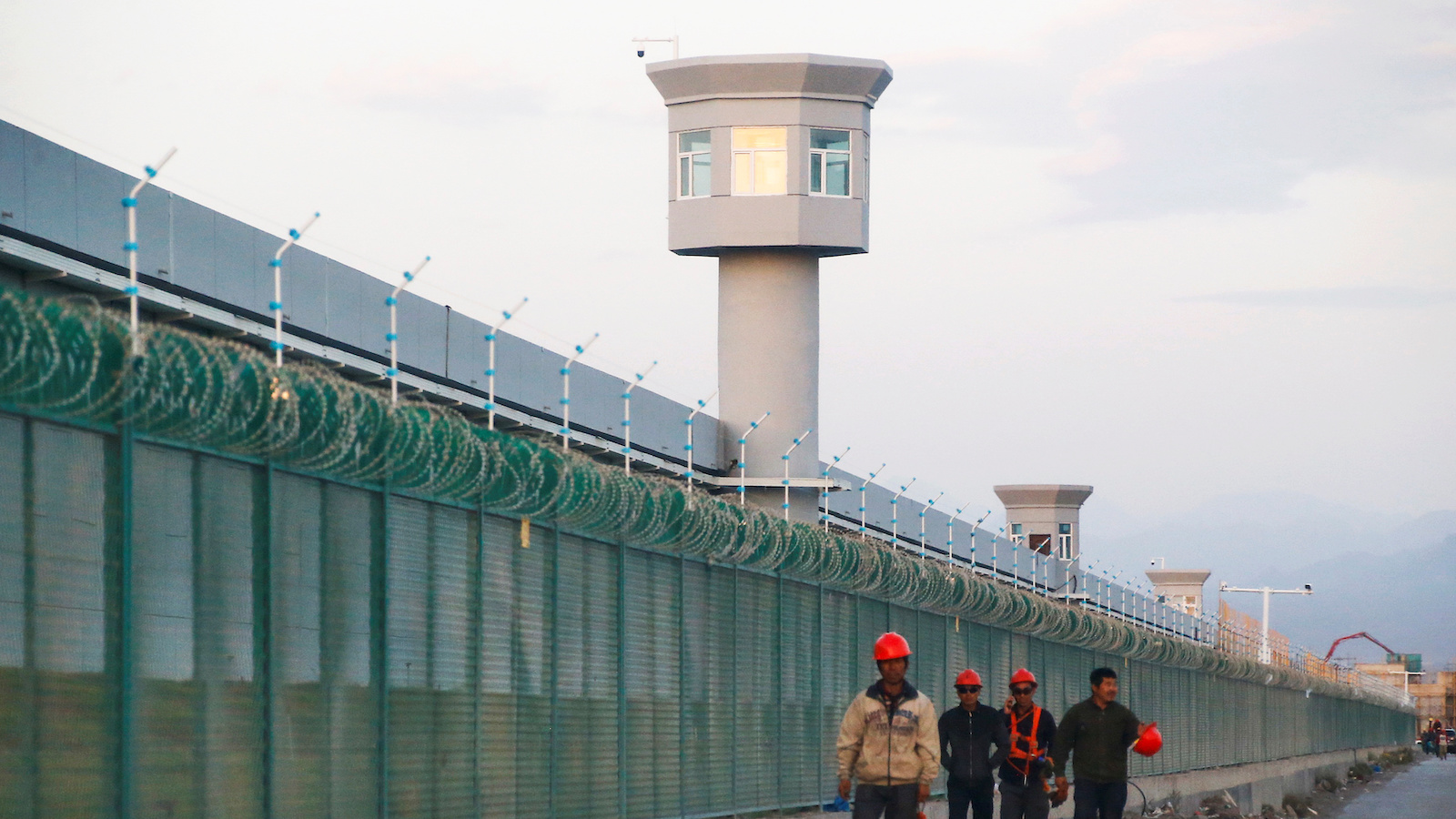 Although the latest text of the 2,135-page Build Back Better Act was published on October 28, the removal of this provision came to public attention only this afternoon. “Why in the world would Democrats want to give taxpayer dollars to corporations using Uyghur Muslim slaves???” tweeted Representative Jim Banks.

National Review reached out this afternoon to the House Science Committee, where the removed provision on Uyghur forced labor originated, as well as the House Rules Committee and Speaker Nancy Pelosi’s office to ask for comment.

A component of the massive spending package advanced by the Science Committee in early September included a “forced labor prohibition” barring the National Science Foundation, which would receive an additional $11 billion under the legislation, from “awarding a contract, subcontract, grant, or loan to an entity that is listed” according to the Uyghur Human Rights Policy Act. That bill required Congress to compile a list of Chinese companies involved in operating Uyghur concentration camps or in the mass-surveillance system in Xinjiang.

Although the amendment to the reconciliation package was labeled as though it addressed forced labor, it actually had more to do with those other aspects of the Chinese Communist Party’s crimes against humanity and genocide in Xinjiang.

The Uyghur forced-labor language in the previous reconciliation draft “would prevent funds from Build Back Better from going to entities the director of national intelligence assesses are involved in Uyghur camp construction and surveillance in Xinjiang,” Michael Sobolik, a fellow in Indo-Pacific studies at the American Foreign Policy Committee, told NR. “That should be a no-brainer.”

Most Democrats on the committee at the time voted against the prohibition of NSF funding of forced labor, though three Democratic representatives supported it; in the end, the provision passed by a single vote. The committee’s Democratic majority, however, shot down similar amendments prohibiting research funding from going toward research in China or involving entities owned or controlled by the Chinese government, as National Review reported last month.

The revelation that the forced-labor provision had been stripped from the reconciliation package follows multiple reports that U.S. climate envoy John Kerry urged members of Congress to block another Uyghur-human-rights bill, the Uyghur Forced Labor Prevention Act, from getting a vote. Kerry has sought to engage the Chinese government on a cooperative approach to reducing carbon emissions.

A House Republican staffer said the Democrats might have stripped the provision in response to outreach from business interests, including the solar-panel industry.

In September, Politico reported that corporate lobbying groups “have been campaigning against congressional and White House moves to toughen trade and financial rules in response to China’s human rights abuses.”

Only a small sliver of the $1.75 trillion package is going to National Science Foundation funding, but that’s still a large amount in absolute terms. At every turn, unfortunately, Democrats have fought off efforts to secure the research that results from that funding from Chinese espionage, and now they’ve quietly excised a provision that sought to prevent that funding from going to Chinese companies implicated in a 21st-century genocide.

If you enjoyed this article, we have a proposition for you: Join NRPLUS. Members get all of our content on the site including the digital magazine and archives, no paywalls or content meters, an advertising-minimal experience, and unique access to our writers and editors (through conference calls, social media groups, and more). And importantly, NRPLUS members help keep NR going.

If you enjoyed this article and want to see more premium content like this, we have a proposition for you: Join NRPLUS.