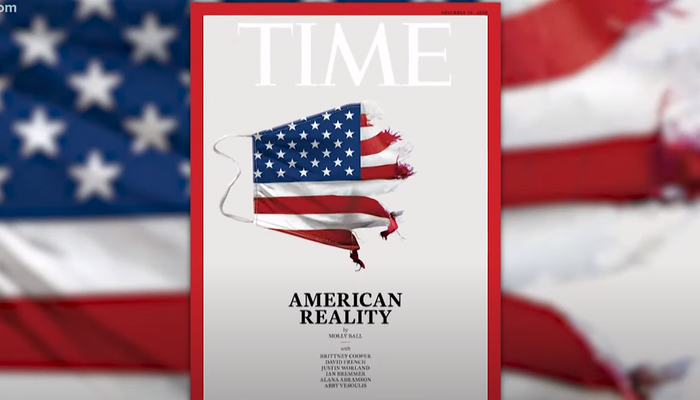 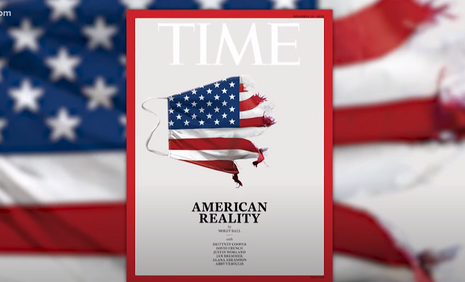 The liberal magazine was blunt in its absurd condescension in a story headlined, “How American Shoppers Broke the Supply Chain.” The story bleated how “America has long been gobbling up more goods from overseas than we send back, but in the past year, spending has gone bonkers.” The smear piece even had a subsection headlined, “Our buying habits are hurting the U.S. economy.”

Of course, TIME mentioned nothing about how Biden and the Federal Reserve “squeezed the supply side with incentives not to work, restrictive mandates, and the promise of more regulation and higher taxes. The result is 5% inflation and supply-chain disruptions that CEOs say will stretch well into 2022 and maybe beyond,” as The Wall Street Journal editorial board noted Oct. 8. In fact, neither Biden nor the Federal Reserve appear anywhere in the TIME article.

A sordid “combination of astronomical government spending and money creation plus tightly regulated human interaction has resulted in too many dollars chasing too few goods,” as Wall Street Journal assistant editor James Freeman pointed out. But this apparently didn’t matter to TIME, as it whined about how the supply chain was broken in part because “of the sheer volume of stuff that Americans are buying, especially online.”

Even more disgusting was an insult TIME chose to include from Beacon Economics International Trade Advisor Jock O’Connell who reportedly said: “‘Americans have become singularly impatient consumers, unlike their peers in much of the rest of the world.’” 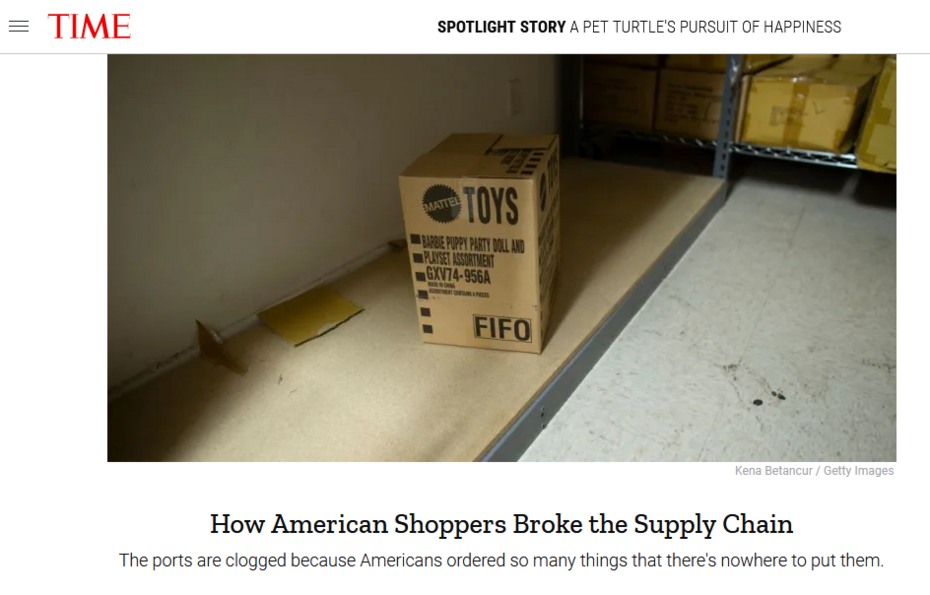 The paragraph below illustrates how determined TIME was to insulate Biden and point the finger at the citizens he represents:

Usually consumer spending is good for the economy, but the bottlenecks created by America’s huge appetite are becoming a problem for economic growth. The U.S. economy grew at a rate of just 2% from July to September, the Commerce Department said last week, down significantly from the 6.7% it grew the quarter before, largely because of supply chain bottlenecks that have made it harder for consumers to buy all the things they want, [emphasis added].

But TIME isn’t alone in trying to blame Americans for the economic disasters Biden and company are inflicting. Just recently, Axios tried to blame “unruly customers” as being responsible for the labor shortages in the U.S. It’s absurd argument was that “increasingly violent and combative customers,” angry about “long wait times and mask mandates,” were causing workers to quit, hamstringing a recovery that hinges in part on employees “returning to work.”

Conservatives are under attack. Submit a letter to the editor at Time (letters@time.com) and demand the publication stop blaming Americans for the Biden administration’s terrible economic policies.

NewsBusters Podcast: Joy Behar Cries ‘Mental Illness’ on Gun Rights
Bodycam Footage Matches Almaguer’s Reporting – So Why Did NBC Suspend Him?
Home invaders enter residence in middle of night, but armed homeowner shoots one dead; other crook later captured. No charges against homeowner.
Florida man caught on viral video beating his dog gets 3-year prison sentence and is forbidden from owning any animals
Who Will Win the Battle Over Committee Assignments?