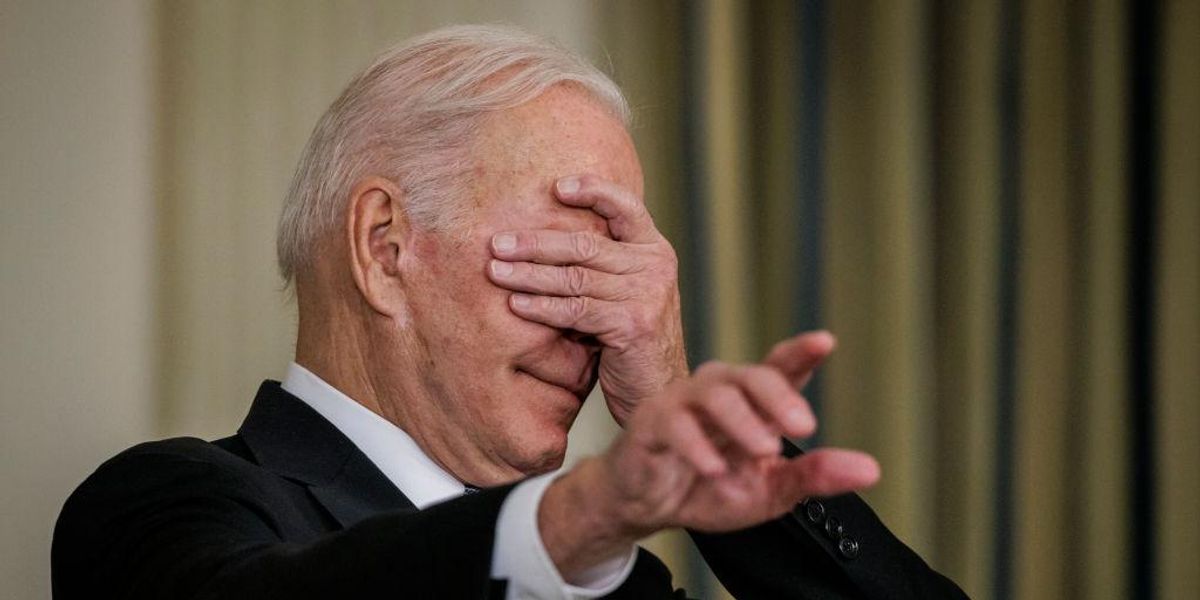 After several days of confusion and conflicting messages, President Joe Biden now admits that his administration is, in fact, negotiating payments to the families of illegal immigrants who were separated at the border under previous administrations.

News broke last week that the Biden administration was contemplating a settlement that would pay around $450,000 per person to immigrant families that were split up at the border as a result of the Trump administration’s “zero tolerance policy” on illegal immigration. Although families were also separated at the border under the Bush and Obama administrations, it is not clear whether the contemplated settlements would encompass those families as well.

The settlements, which were initially reported by the Wall Street Journal, could have ended up totaling close to $1 million per family, and may have varied according to the circumstances of each family, meaning they could have been smaller in some cases. Administration officials who spoke to the Wall Street Journal noted that the figures were still being negotiated and could have changed before being finalized.

The payments were widely criticized in light of the current economic climate in the United States, which has seen many families struggling with historic levels of inflation and high gas prices. Many critics also pointed out that news of the settlements would likely encourage more illegal immigration in the midst of the ongoing border crisis, which has seen a historic surge in illegal immigration during the first year of Biden’s presidency.

Biden was asked about the program by Fox News’ Peter Doocy on Wednesday, and angrily denied that any such settlements were being negotiated. Doocy asked, “As you were leaving for your overseas trip, there were reports that were surfacing that your administration’s planning to pay illegal immigrants who were separated from their families at the border up to $450,000 each, possibly $1 million per family. Do you think that that might incentivize more people to come over illegally?”

Biden responded angrily, “If you guys keep sending that garbage out, yeah. But it’s not true.”

Biden’s angry denial was immediately condemned by the ACLU, which was involved in negotiating some of the settlements with the immigrant families. Furthermore, multiple media outlets immediately confirmed the Wall Street Journal’s reporting.

In a Thursday statement, Deputy White House Press Secretary Karine Jean-Pierre tried to walk back Biden’s claims, saying that the administration was “perfectly comfortable” with settlements, but was merely disputing the price tag. Jean-Pierre then said Department of Justice officials had relayed to families of the illegal immigrants in question that $450,000 per person was too high, thus also confirming the WSJ’s reports as to the price tag that was being discussed at the time.

On Saturday, Biden was asked to provide clarification, and finally personally acknowledged that his administration is, in fact, negotiating these payments. Further, Biden insisted that these families deserve “some kind of compensation,” apparently for having gone through what some portion of illegal immigrant families have gone through and accepted as a risk for the last twenty years when they illegally cross the border.

Biden clarifies he was disputing the number amount when he said a report about payments for families separated at the southern border was u201cgarbage.u201d Raising his voice, says those who lost their child deserve u201csome kind of compensation.u201d

Florida man caught on viral video beating his dog gets 3-year prison sentence and is forbidden from owning any animals
Chris Wallace Has Worst Ratings Month Since Launch Of CNN Show
Convicted Child Sex Offender Given Custody of Little Girl – Then Gets Her Pregnant
Poll finds almost a quarter of Millennials get their rent paid by their parents, others get groceries, utilities paid
How Hollywood Helped Create, and Destroy, Time’s Up