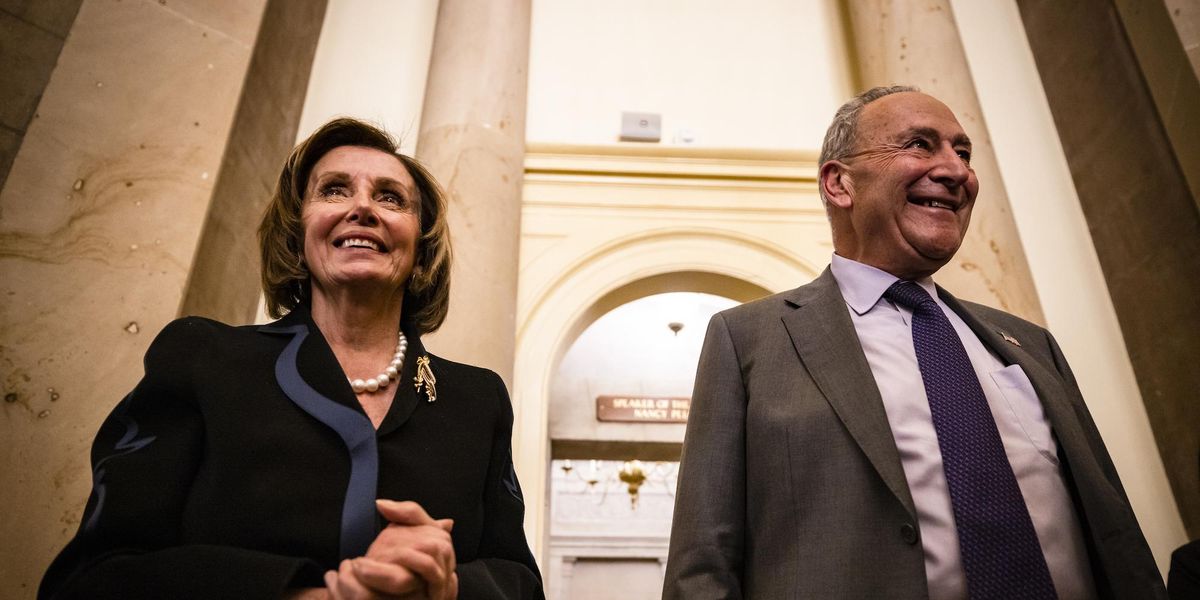 House Democrats were able to pass their massive $1.2 trillion infrastructure bill during a late-night session on Friday despite infighting between centrist Democrats and the progressives in the party.

The largest infrastructure bill in history passed by a vote of 228 to 206, with 13 Republicans voting with Democrats.

The measure, which was passed by the Senate in August, goes to the desk of President Joe Biden for his signature.

Several far-left Democrats voted no on the measure because they wanted assurances from Democrat leadership that they would be able to pass the far more ambitious $3.5 trillion spending bill.

Among those were Rep. Alexandria Ocasio-Cortez (D-N.Y.), who reportedly said, “I’m a no. This is bulls***.”

“I cannot in good conscience support the infrastructure bill without voting on the President’s transformative agenda first,” said Omar in a statement.

Among those Republicans who voted for the bill were Rep. Adam Kinzinger of Illinois, a vocal anti-Trump critic who announced his retirement after Democrats redistricted him out of his seat.

Biden released a statement about the spending bill in a late night statement that included the ridiculed claim that the legislation would be fully paid for.

“The Build Back Better Act will be a once-in-a-generation investment in our people,” said Biden in part.

“Generations from now, people will look back and know this is when America won the economic competition for the 21st Century,” he added.

The massive spending will be touted as a great victory for Biden’s political agenda. It will also be considered a huge loss for the Republicans, who could have killed the bill had they stuck together against it.

Here’s more about the debate over the infrastructure bill:

[Ed. note: This article has been updated with additional information.]