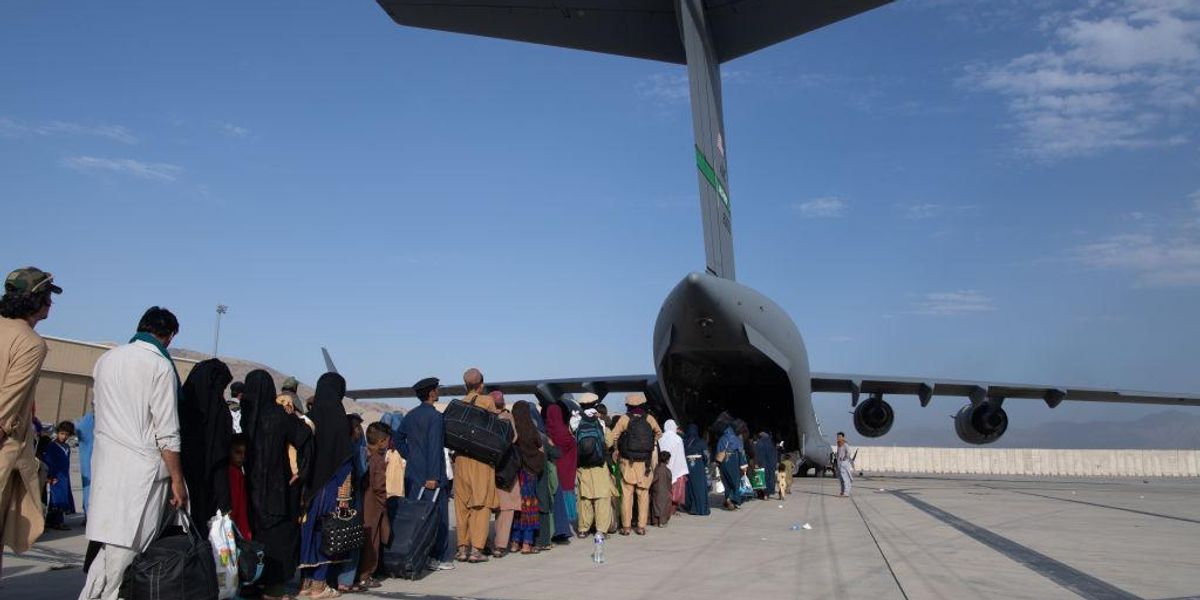 The parents of a 2-month-old infant who handed their baby to a solider earlier this year in Kabul, Afghanistan, have never been reunited with their baby, according to Reuters.

The outlet reported that the episode unfolded on Aug. 19 when Mirza Ali Ahmadi, his wife Suraya, and their children were amid a crowd outside the airport gates and a U.S. solider inquired from over the fence whether they were in need of help.

Afraid that their infant would be crushed in the chaos, they gave the baby to the soldier, believing they would shortly thereafter reach the entrance that was around 16 feet away, according to Reuters.

But the outlet reported that the Taliban started shoving people back and it took the family over half an hour to reach the other side of the fence.

But when they finally did get there, they could not find their baby.

Mirza Ali, who said he worked as a security guard at the U.S. embassy for 10 years, began desperately asking every official he encountered about his baby’s whereabouts. He said a military commander told him the airport was too dangerous for a baby and that he might have been taken to a special area for children. But when they got there it was empty.

“He walked with me all around the airport to search everywhere,” Mirza Ali said in an interview through a translator. He said he never got the commander’s name, as he didn’t speak English and was relying on Afghan colleagues from the embassy to help communicate. Three days went by.

“I spoke to maybe more than 20 people,” he said. “Every officer – military or civilian – I came across I was asking about my baby.”

The parents and their four other children, whose ages range from 3 to 17, eventually traveled to Qatar, then Germany, and then to the U.S., the outlet reported.

They have never been reunited with the child.

“All I am doing is thinking about my child,” Suraya said, according to Reuters, which noted that the woman also spoke through a translator. “Everyone that is calling me, my mother, my father, my sister, they all comfort me and say ‘don’t worry, God is kind, your son will be found.'”

The Biden administration has faced heavy criticism over its handling of the U.S. withdrawal from Afghanistan.