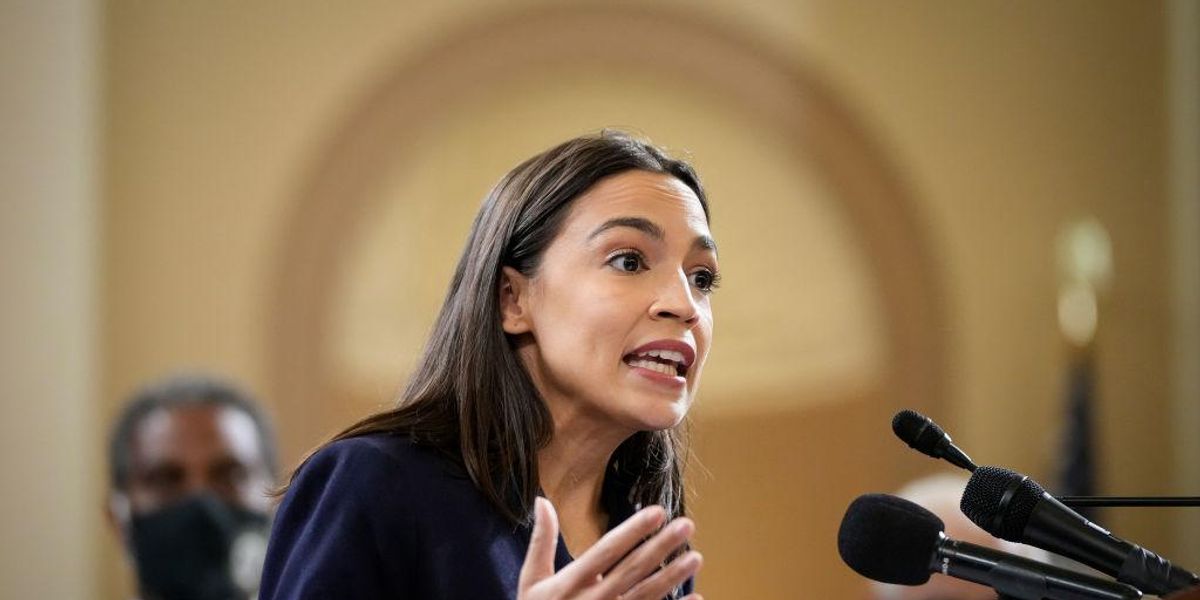 Rep. Alexandria Ocasio-Cortez (D-N.Y.) blasted the use of the term “wokeness” to describe progressivism, saying those like veteran Democratic strategist James Carville who argue the Democrats lost big in last Tuesday’s elections because the party is too “woke” are using language “almost exclusively used by older people.”

“How can news outlets even attribute words to me I didn’t say,” asked Ocasio-Cortez in a tweet linking to a WSET-TV report that claimed she said Democratic candidate Terry McAuliffe lost the Virginia gubernatorial race because he wasn’t “woke” enough.

“I said there are limits to trying to mobilize a campaign with a 100% moderate strategy without mobilizing the base. Said nothing [about] ‘wokeness’ which is a term almost exclusively used by older people these days [by the way],” she wrote.

How can news outlets even attribute words to me I didnu2019t say?nnI said there are limits to trying to mobilize a campaign with a 100% moderate strategy without mobilizing the base. Said nothing abt u201cwokenessu201d which is a term almost exclusively used by older people these days btwhttps://twitter.com/abc13news/status/1456642083524071431u00a0u2026

Continuing, the democratic-socialist lawmaker said the only people using the word “woke” are Carville and “Fox News pundits,” implying that term is targeted towards a right-wing audience and Democrats shouldn’t be concerned about it.

“And before people disingenuously complain ‘woke’ is denigrating to older people, it’s actually pundits like Carville using terms like ‘woke’ to insult voters under 45 that’s denigrating,” Ocasio-Cortez added, disparaging Carville, the lead strategist for the 1992 campaign that put then-Arkansas Gov. Bill Clinton in the White House, as a mere “pundit.”

“Don’t wonder why youth turnout falls when Dems talk about them like this. We need everyone,” she said.

And before people disingenuously complain u201cwokeu201d is denigrating to older people, itu2019s actually pundits like Carville using terms like u201cwokeu201d to insult voters under 45 thatu2019s denigrating.nnDonu2019t wonder why youth turnout falls when Dems talk about them like this. We need everyone.

“I mean, this ‘defund the police’ lunacy, this take Abraham Lincoln’s name off of schools. I mean that — people see that,” Carville said. “And it really has a suppressive effect on all across the country on Democrats. Some of these people need to go to a woke detox center or something.”

In Seattle, a law-and-order Republican won a race for city attorney, defeating a radical left-wing former public defender who described herself as a police abolitionist.

Carville’s point is that the Democratic Party is losing touch with voters by becoming preoccupied with niche racial and social justice politics.

Ocasio-Cortez, on the other hand, argued after the elections that the Democratic Party did not do enough to embrace its far-left element and failed to rally support for a progressive agenda.

“I know that Virginia was a huge bummer,” Ocasio-Cortez said in an Instagram video. “And honestly, if anything, I think that the results show the limits of trying to run a fully 100% super moderated campaign that does not excite speak to or energize a progressive base and frankly, we weren’t even really invited to contribute on that race.”

She nailed it. Take her advice Democrats – McAuliff wasnu2019t progressive or woke enough. So in the midterms only follow AOCu2019s model. Run the MOST woke and progressive in the land. And make sure to tell parents theyu2019re racist and shouldnu2019t be involved in their kids education again.https://twitter.com/bennyjohnson/status/1456262697973026825u00a0u2026

She accused moderate Democrats of enabling “race-baiting” by Republicans, saying the moderates’ strategy “demoralizes the base you’re supposed to protect and turn out while also ceding white swing voters to the right w/ inadequate responses or silence.”

Pro-Abortion Protestors: ‘Give It Anesthesia and Suck It Out’ | MRCTV on the Street
House Oversight Chairman James Comer Launches Investigation Into Hunter Biden’s Art-Selling Scheme
Who Will Win the Battle Over Committee Assignments?
Newsom Smiles at Shooting News While CNN Anchors Endorse His Anti-Gun Takes
TikTok Employees Arbitrarily Decide What Goes Viral: Report