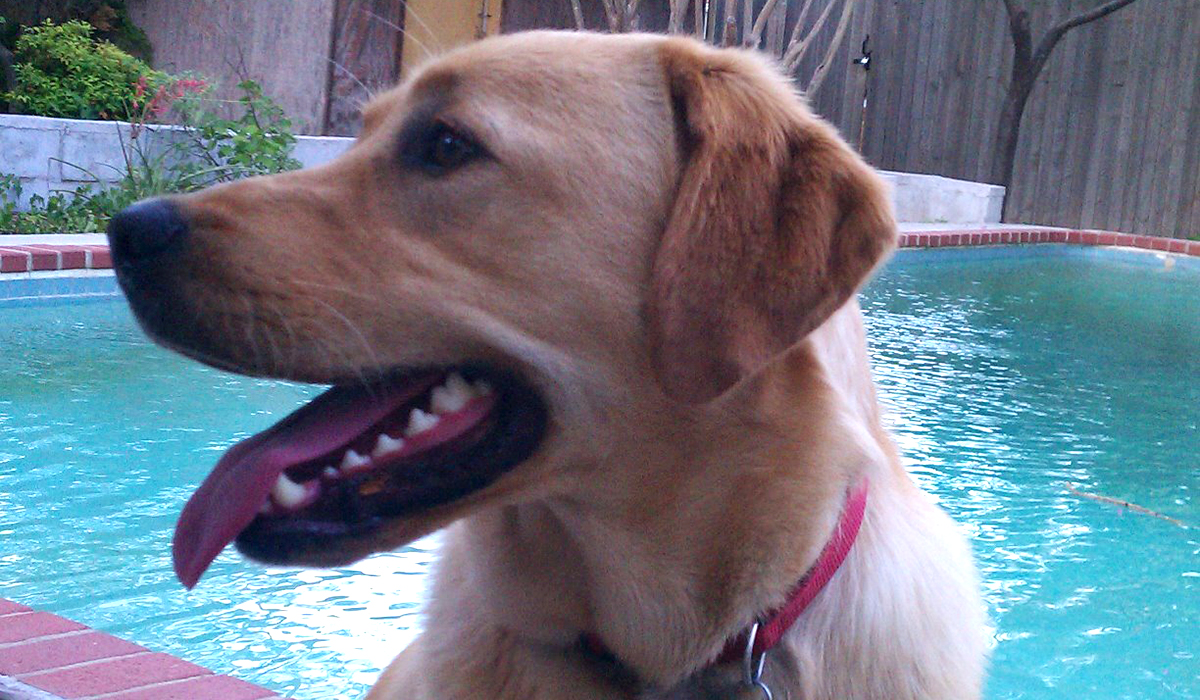 Eleven years ago, in the summer of 2010, Henry Latimer got a dog, a yellow Labrador puppy he named “Boomer” — and it changed my life forever.

When Hank acquired Boomer, he and I were both seniors at the University of Oklahoma, though we didn’t know each other then. Because of his new canine companion, Hank had to move out of his fraternity house and find alternate accommodations. Always resourceful, Hank quickly found a newly renovated rent house at 1029 Trout Ave, directly across the street from campus, and moved in with a couple of hastily assembled roommates: Mark, who had a somewhat-obscure connection to the owners, and Josh and Ace, who Hank knew from Oklahoma’s land-man program and summer internships in Louisiana and Denver.

I lived a block down the street in a dilapidated rent house. I was paying the preposterous sum of $75 per month to sublet the house’s unfinished basement from a couple of buddies. My basement was dirt cheap — and, therefore, a Godsend for a broke college kid like me — but it was also dingy, dank, and unheated. The ancient, slowly collapsing basement’s retaining walls were propped up by steel girders. Whenever it rained, it flooded. And when it was 20 degrees outside, it was 20 degrees in my basement. On account of those conditions, and because I knew Ace from back home, I started spending more and more time down the street at Hank’s house on Trout.

The Trout House — or, as we came to call it, “the Trout Bar” — was a 22-year-old college kid’s dream. The living room had a full-sized pool table and a bar, beer fridge, and kegerator that Hank and his buddy, Dan, built and installed the first weekend after they all moved in. The back yard had a swimming pool and the living room had — I kid you not — an indoor hot tub, which was awesome until we broke it and couldn’t figure out how to fix it. There was a fire pit and a smoke pit and the house had a washer and dryer. And all of it was a five-minute walk to Campus Corner, the university’s pub and restaurant district.

But, while the college dive-bar scene was great, life at the Trout Bar was really about the house parties. The floor plan, flowing from the billiards-and-bar room to the big-screen-TV-sportin’ living room to the hot-tub area to the backyard pool deck, was an all-American undergraduate Shangri-La.

The Trout Bar on a Friday or Saturday (or, yes, Thursday) night was a whirling dervish of chaos and fun, Oklahoma football watch parties, hot tubbing with Dan and the boys, beer-pong tournaments, costume spectaculars, Game of Thrones viewings, and a launching point for hungover Sunday-morning brunch at Cafe Plaid. And, through it all — through every part of it — there was Boomer.

Boomer the pup would wander through the Trout house, getting pat-pats and ear scritches and belly rubs from all comers. He’d snatch your food if you weren’t looking and chase squirrels into the street and fall asleep on your feet. He spent his days cleaning up spilled food and barking at the crows in the backyard. Dan and I would take him on walks around the block as an excuse to talk to co-eds who couldn’t resist Boomer’s doggy goodness. We’d reward him by filling his water bowl with cheap beer, which he’d happily lap up with a doggy grin.

Boomtown was a lot of things, but smart wasn’t one of them. Almost overnight, he sprouted from a little yellow puppy into a big, lanky, clumsy yellow puppy and then into a really big, clumsy, lazy hound dog. He always had a squeaky toy in his mouth and a smile on his face. He was a good boy. The best of boys. He was Hank’s dog, but he was also all our dog — the unofficial doggy mascot for the half-dozen of Hank’s buddies swirling around his life.

Through the end of college and on into “the real world,” Hank would take Boomer everywhere we went: on road trips to Dallas for the Oklahoma-Texas game or to the Rockies to ski, camping in the woods, or a weekend at the lake. I once spent a summer housesitting, and somehow Boomtown ended up housesitting with me for a week. I don’t even remember how that happened, just that it did and that it was fun.

As happens in life, guys started moving away — to Texas or New York or California. There were girlfriends and engagements, marriages and divorces. Some of us had kids. Some of us lost parents. We traveled and took out mortgages and joined the Marines. But Hank and Boomer were always there wherever we went and whenever we came home. His hips and eyes were getting worn out, and he was increasingly on the tubby side, but his good-boy spirit never wavered.

Last night, Boomer, now old and aged and suffering from a myriad of ailments, finally ran out of steam. He’d been pretty sick for the last week, and the vet said he was suffering from cardiac failure. Overnight, Hank texted us all, saying Boomer had been “a little better in the morning and had a fairly good day hanging around the yard then went downhill at night.” It all happened pretty quickly and peacefully, and then Boomer died.

The truth is, as Hank texted me later, that if he had never bought Boomer, he never would’ve opted to get a rent house instead of living at his fraternity for his last semester, wouldn’t have found the Trout House, and wouldn’t have asked those guys to move in with him.

“More importantly,” Hank wrote me, “my moving into the Trout House is the only reason you met and became friends with Dan, who basically lived on our couch for months. It’s also the only reason we were hanging out with Dan for that Oklahoma game when Tara lived above him, which was what led to the two of you meeting.”

Tara is my wife of five years. We have two little boys.

You see, in the fall of 2013, I rolled into Norman on an Oklahoma football game day. I spent the afternoon with Hank and Ace and Dan, and we ended the night at Dan’s apartment, just down the street from the Trout House. We were well into our cups and celebrating the win, and yes, probably being obnoxiously loud, so Dan announced that he needed to go upstairs and apologize to the upstairs-neighbor-girl for all the noise. That upstairs-neighbor-girl was Tara.

“So it’s not a stretch,” Hank wrote me, “to say that me getting Boomer played a direct role in you and Tara meeting.”

They say that life is about the little things, and that’s true. But sometimes the little things are also the biggest things, like a house on Trout with a bar and a hot tub, like life-long friendships, and having to apologize to the upstairs-neighbor-girl for being too loud — like big, dumb, yellow dogs.

Eleven years ago, in the summer of 2010, Henry Latimer got a dog, a yellow Labrador puppy he named “Boomer” — and it changed my life forever.

Rest in peace, Boomtown. You were a good boy. The best of boys.