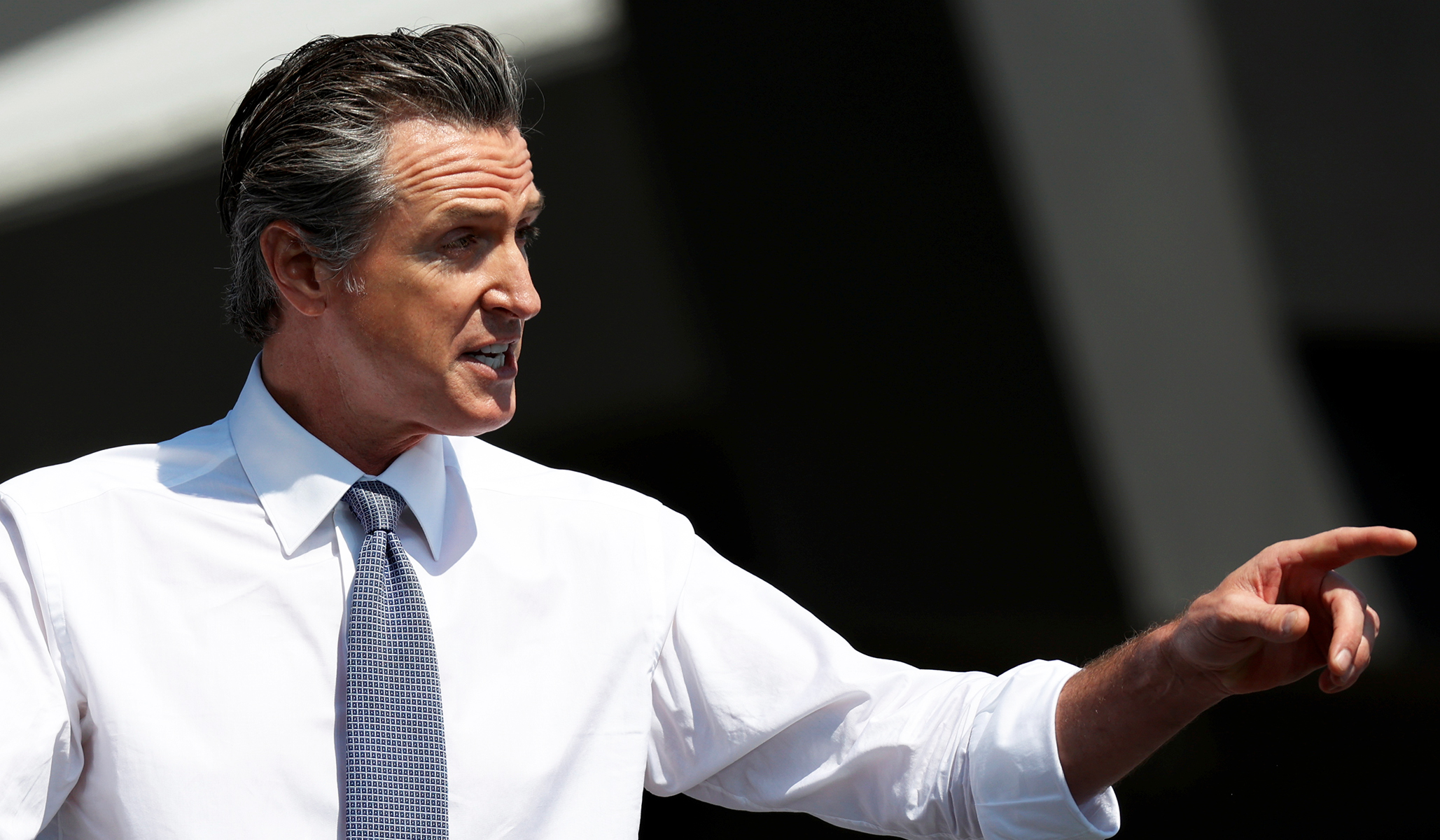 On the menu today: No one seen California governor Gavin Newsom in almost two weeks, and a bunch of Newsom’s political allies insist that the public has no right to any further explanation; remembering a long-forgotten Biden administration promise about disclosure; the Biden administration decides it is just going to ignore court decisions it doesn’t like; and a familiar voice returns to NR.

California’s Missing Governor and the Other Entitlement Crisis

Okay, why the hell has no one seen California governor Gavin Newsom in almost two weeks, and why do Newsom and his staff refuse to give any explanation beyond a vague reference to “family obligations”?

The governor’s office originally said Newsom would not make the trip due to “family obligations,” and when reached for comment Monday, offered no additional details on why the governor backed out. In the time since, Newsom has held no press conferences or public appearances of any kind, which is uncommon for the usually highly visible governor.

In a statement provided to SFGATE Monday afternoon, Newsom press secretary Daniel Lopez said that the governor worked at the Capitol last week and will resume normal appearances sometime this week.

What is even more surprising than the governor not making any public appearances for almost two weeks is that he and his team don’t have some ready-made, plausible excuse for his absence. He’s caught a bad cold. He’s got a sick aunt. His child caught the flu. His house has termites. Something, anything, would be helpful.

Newsom’s unusual absence from public appearances doesn’t appear to be a health issue; the Los Angeles ABC affiliate reported that, “Newsom was in San Francisco Saturday for the lavish wedding of a long-time family friend and Getty oil heiress Ivy Love Getty.”

The vaccine-skeptic crowd is convinced Newsom’s absence from the public is connected to his last public appearance, which involved getting his booster shot. That scenario is unlikely, although some people do have severe allergic reactions to getting a COVID-19 vaccine. But that doesn’t quite explain the secrecy; there’s no shame in having an allergic reaction. It is unusual to have a severe reaction to a booster if you didn’t have a reaction to the first two shots; the booster is the same stuff. Then again, according to the Los Angeles Times, Newsom “got a Moderna booster to his original [Johnson & Johnson] vaccination.” Maybe Newsom is allergic to something within the Moderna vaccine that isn’t in the J&J vaccine? Still, even if this were the case, disappearing for two weeks is just about the worst possible response to that scenario. Just say what happened!

Marital strife? Burnout? Depression? If Newsom just needed to take some personal time off, his office should just say so. The guy just survived a recall with 61 percent; the job will be waiting for him when he gets back.

Plastic surgery? Lots of politicians do it, and I’m trying to think of an action less likely to be considered scandalous in California. Stress-related acne breakout? (For a brief time while he was working in the White House, George Stephanopoulos grew a beard to hide his stress-driven hive breakouts.) Most of the conceivable explanations are likely to generate a certain amount of sympathy for Newsom, and the explanations that aren’t sympathetic are unlikely to be serious problems for a California Democrat. In 2007, then-San Francisco mayor Newsom admitted he had an affair with the wife of his good friend and campaign manager. It barely dented his political rise.

Instead, Newsom’s allies are greeting inquiries about his absence with the reflexive entitlement, arrogance, and secrecy that infuriated the state’s residents enough to start the recall process in the first place.

Newsom’s wife recently wrote and then deleted a tweet, fuming at the “haters” speculating about her husband’s absence. But as I wrote yesterday, it is not “hating” to wonder where the governor is after 13 days! Governor of California is not the kind of job where you can not appear for weeks at a time and no one will notice. It’s not like being the Secretary of Transportation.

But it’s not just the first lady of the state:

On Monday, two California state senators — John Laird and Bob Hertzberg — who are in Scotland for the climate conference, also bristled at questions regarding Newsom’s absence.

“Look, they said it was a family issue,” Hertzberg said, according to Cal Matters’ Emily Hoeven. “There is no one in California who wanted to be at this conference more than Gavin Newsom. But we’re all human beings, man. I don’t think it’s appropriate to dig further into it.”

Laird added that the controversy is “overblown.”

Politicians like to refer to themselves as “public servants.” Never mind servants; employees generally must let their bosses know where they’ll be or what’s going on if they’re gone for two weeks. Bosses don’t want or need to know everything, but it’s just basic accountability.

Speaking of Politicians and Their Health . . .

In May, the White House said that President Biden planned to have a checkup later this year, and that the results would be released to the public. Either Biden has not had that checkup yet, or he did, and the White House did not release the results. The last time Biden disclosed any health information was a three-page summary on December 15, 2019, nearly two years ago.

Wait, are court decisions are just optional now, or what?

The White House on Monday said businesses should move forward with President Joe Biden’s vaccine and testing requirements for private businesses, despite a federal appeals court ordering a temporary halt to the rules.

“People should not wait,” White House Deputy Press Secretary Karine Jean-Pierre told reporters during a briefing. “They should continue to move forward and make sure they’re getting their workplace vaccinated.”

The U.S. Court of Appeals for the 5th Circuit, considered one of the most conservative appellate courts in the country, halted the requirements Saturday pending review, writing that “the petitions give cause to believe there are grave statutory and constitutional issues with the Mandate.”

The court’s opinion, which is all of three pages, can be found here. I don’t see any “ifs,” “buts,” or “maybes.” The court did not stutter. The court did not state that OSHA or the rest of the federal government can ignore the emergency motion to stay enforcement if the government feels very strongly about it, or if they feel really strongly that they will win on appeal.

ADDENDA: Did you see that Madeline Kearns is back? She’s been missed. The first ten comments on iTunes that The Editors podcast wasn’t the same without her were sweet and appreciative . . . and after that, that’s enough.

“Aaron Rodgers has been a great ambassador for our company for much of the past decade,” a company spokeswoman said in a statement to USA TODAY Sports Monday morning.

“We don’t support some of the statements that he has made, but we respect his right to have his own personal point of view. We recognize our customers, employees, agents and brand ambassadors come from all walks of life, with differing viewpoints on many issues. Our mission at State Farm is to support safer, stronger communities. To that end, we encourage vaccinations, but respect everyone’s right to make a choice based on their personal circumstances.”