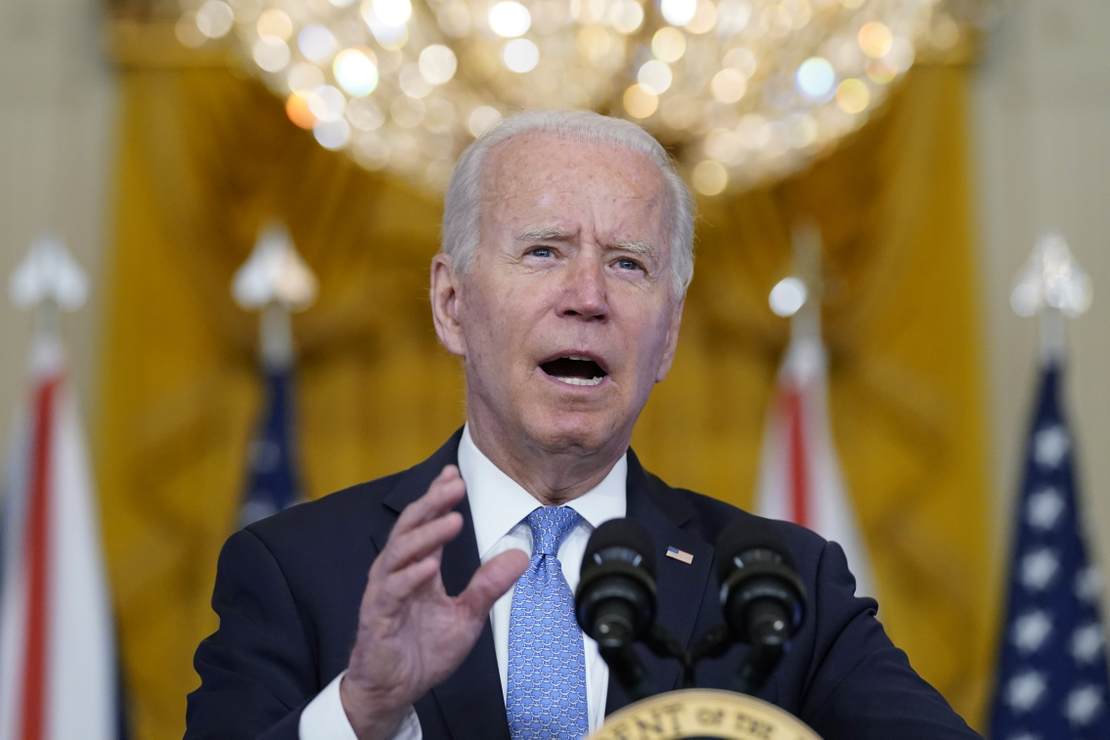 While Biden took office with a respectable approval rating, he somehow managed to see his presidency fall apart in less than a year.

It all comes down to incompetence.

Despite Biden’s originally high approval ratings, over time, his numbers started to decline, thanks to his mismanaged vaccination plan, the border crisis, the labor shortage, inflation, and other concerns. But it wasn’t until his botched withdrawal from Afghanistan that he lost independents in droves. Since then, nothing he’s done to improve his approval ratings has worked. That itself is rather telling. I expected his approval ratings to recover as Afghanistan faded from the pages. But instead, his polling has just gotten worse. Now, less than a year after Biden was sworn in, a plurality of U.S. voters want him out of office next year, according to a new USA TODAY/Suffolk Poll. A majority of registered voters (64 percent) don’t want him to run for a second term, either.

The reasons are obvious. “Nearly half of those surveyed, 46%, say Biden has done a worse job as president than they expected, including 16% of those who voted for him. Independents, by 7-1 (44%-6%), say he’s done worse, not better, than they expected.”

Biden’s problems aren’t happening in a vacuum either. Because of his failures, Democrats look likely to get trounced in the 2022 midterms. “If the election were today, those surveyed say, they would vote for their Republican congressional candidate over the Democratic one by 46%-38%, an advantage that would bode well for GOP hopes of gaining a majority in the House and the Senate.”

No other presidency has fallen apart as quickly as Joe Biden’s. “Biden’s average third-quarter job approval rating is down eight points from his second-quarter rating (53%) and 11 points from his first-quarter rating (56%),” reported Gallup in late October. “This 11-point decline is larger than any prior president registered between his first and third quarters, although it is similar to those for the last three Democratic presidents — Barack Obama (10 points), Clinton (seven points) and Carter (nine points).”

Meanwhile, a new Rasmussen Reports survey found that “more than half of voters say they would vote against Biden-endorsed candidates in their state,” while an endorsement by Donald Trump “would be more valuable, particularly with independent voters.”

In other words, Joe Biden has the kiss of death, while Donald Trump has the Midas touch.

Let’s not forget, Joe Biden is the same guy who allegedly got “the most votes a presidential candidate has ever received in a U.S. election,” yet now he’s political poison.

This all happened in less than a year.

Biden’s decline is only nominally larger than Obama’s, but Obama started from a stronger position. This suggests that Biden will likely experience greater losses than his former boss did when the Tea Party movement returned Republicans to the House majority in 2010. If Virginia and New Jersey are any indication, 2022 is going to be a brutal year for Democrats. It never was going to be easy for them, as history has shown that the party in power typically loses seats in midterm elections, but between Biden’s incompetence and his embrace of the far left, Democrats should expect a bloodbath next year.