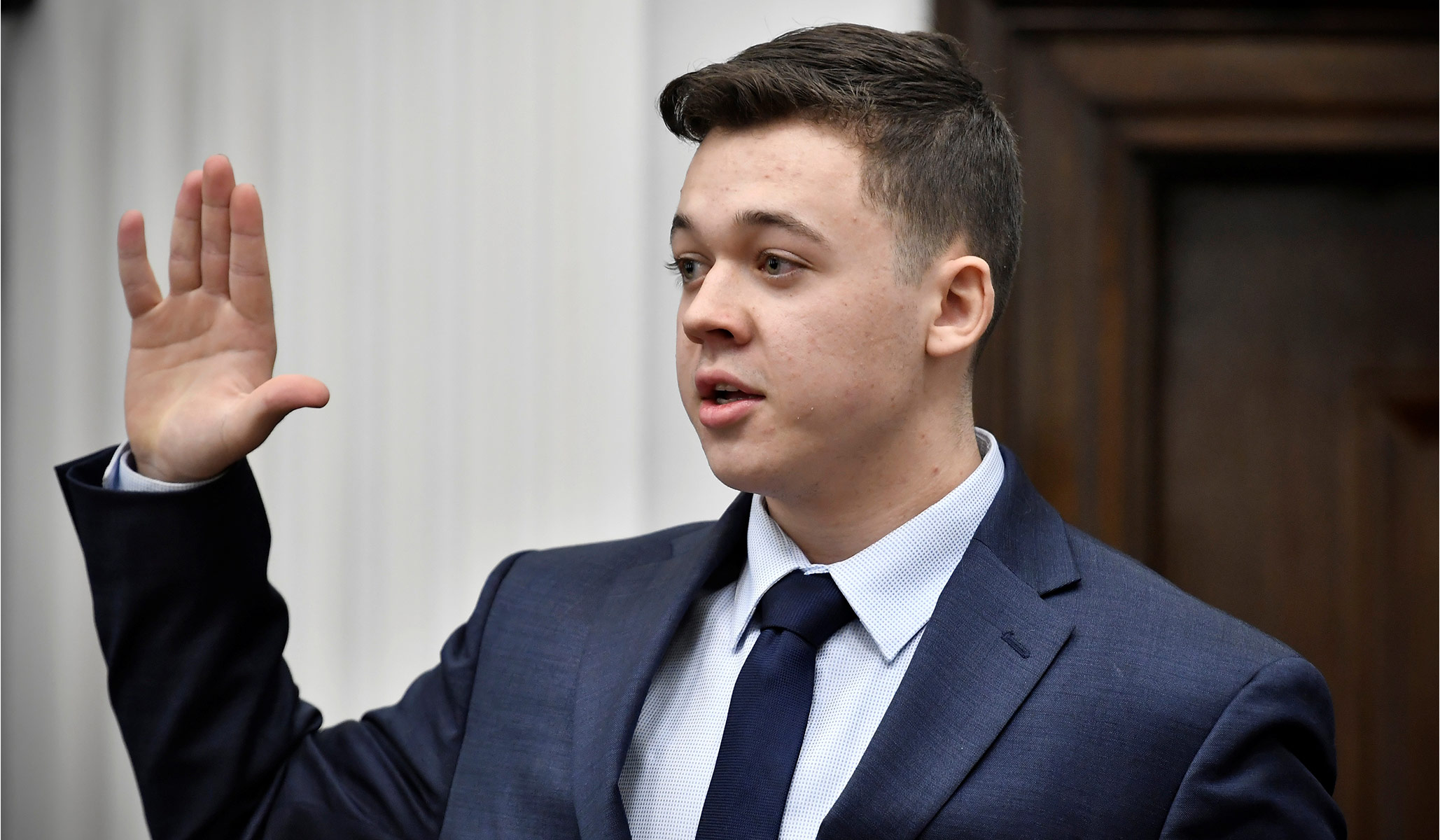 Things continue to deteriorate in the trial of Kyle Rittenhouse, the 18-year old who shot and killed two men and wounded another during a riot over the police shooting of Jacob Blake in Kenosha, Wis., in summer 2020. (Rittenhouse was 17 at the time.) As Robert VerBruggen wrote yesterday:

The prosecution’s own witnesses kept saying things that helped the defense. Richie McGinnis, a Daily Caller videographer, testified that the first person Rittenhouse shot had chased him and lunged for his weapon. (When a prosecutor tried to cast doubt on whether McGinnis could know what the guy was trying to do, he memorably replied, “Uh, well, he said ‘[f***] you,’ and then he reached for the weapon.”) Gaige Grosskreutz, the armed man Rittenhouse shot in the bicep, admitted that Rittenhouse had not fired when he had his hands up, and shot only when Grosskreutz’s own gun was pointed at Rittenhouse.

On top of the inconsistencies that VerBruggen describes, another revelation that has surfaced during the trial is that Grosskreutz originally lied to police about having a gun at all. As CNN writes, “Grosskreutz acknowledged he incorrectly told police last year that his firearm had fallen out of his pants that night and did not admit that he had a weapon at the time.” Grosskreutz maintains that the omission was not “purposeful,” and that it was because he “had just gone through one of the most traumatic experiences” of his life, “both emotionally and physically,” as well as being on pain medication from a recent surgery.

Either way, the prosecution’s path to conviction looks more difficult than it did going into the trial. And things got even worse earlier today when the judge laid into a very chastened-looking prosecutor: “I was astonished when you began his examination by commenting on the defendant’s post-arrest silence,” he said, raising his voice in visible anger. “That’s basic law. It’s been basic law in this country for 40 years, 50 years.”

Of course, there’s a lot of trial left, and there may yet be more important facts that are brought to bear. To be clear, Kyle Rittenhouse’s decision to bring an assault rifle to a violent riot was foolish. But as Isaac Schorr tweeted earlier today, “Being somewhere you probably shouldn’t be is not a crime.” And using a firearm to defend oneself is what the Second Amendment is for. If the prosecution can’t prove beyond a reasonable doubt that Rittenhouse was guilty of more than being somewhere he shouldn’t have been — and was engaging in more than self-defense — they might be in serious trouble.