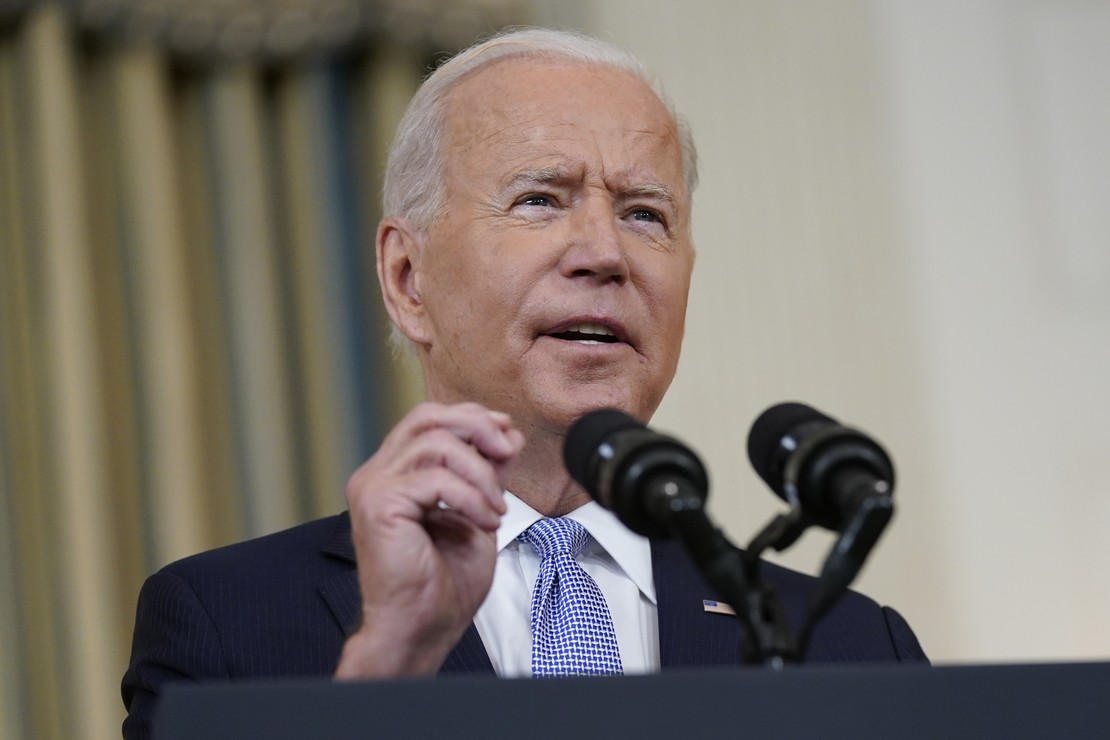 An analysis by the Urban-Brookings Tax Policy Center, a nonpartisan think tank run jointly by the left-wing Urban Institute and Brookings Institution, shows that 20-30 percent of Middle-Class families will pay more in taxes in 2022 if Joe Biden’s $1.75 trillion spending boondoggle passes.

But this is after Joe Biden swore to whatever god he worships that he wouldn’t raise taxes on anyone who isn’t fabulously wealthy.

But, I’m going to make those at the top start to pay their share in taxes.

I guess “Biden’s word” isn’t worth much after all.

Just last month, Biden said, “I want to emphasize what I said from the beginning: Under my plans if you earn less than $400,000 you won’t pay a single penny more in federal taxes, period.” Those were his exact words.

Biden’s nose is growing by the day.

The expiring of the Child Tax Credit and the implementation of a corporate minimum tax on book income “would result in many households paying higher taxes in 2023 than in 2022,” according to the center.

The controversy over the cap on state tax deductions known as SALT is largely a matter of Democratic infighting. Nobody denies that allowing the deduction after Trump’s tax plan ended it would cut taxes massively for the wealthiest Americans.

But the amount of a tax cut for millionaires is outrageous when you consider that the Biden plan will raise taxes on a significant portion of the middle class.

There’s a plan floating around Capitol Hill that would cap state and local tax deductions at $80,000. It’s not much of a “cap,” to be sure. But blue-state millionaires have been weeping to their congressmen about having to pay a full share of federal taxes so Democrats are pushing either the repeal of SALT or the $80K cap.

Bernie Sanders and the Washington Post — two of Biden’s most loyal boosters — both believe capping state tax deductions is regressive.

Yes. In terms of SALT we must protect the middle class from high local and state taxes. But we cannot provide 39% of the benefits to the top 1% – as is in the House bill. At a time of massive income inequality we must increase taxes on the 1%, not give them huge tax breaks.

“While the vast majority of Americans saw their total taxes go down from the 2017 tax cuts despite this measure, the SALT cap prevented what would have been even larger tax cuts for high-income households. Now Democrats are proposing a massive increase in that cap, one that would deliver nearly $130,000 over five years to the handful of wealthy taxpayers with enough income to owe $80,000 in state and local taxes annually,” it continues.

It must have rankled in the Post newsroom to say anything nice about Donald Trump’s policies, which gives you an idea of how ludicrous a SALT cap truly is.

All presidents lie. They lie about big things. They lie about little things. This whopper told by Joe Biden wouldn’t be so bad if he hadn’t been insisting for so many months that his spending plans would not add a dime to the federal deficit nor would anyone making less than $400,000 a year see their taxes increase.

The media, always eager to “fact check” Republican statements, aren’t getting in line to call out Biden for his lies about taxes.